Facebook is probably one of the last Big Tech companies you’d associate with virtual and augmented reality technologies but it has actually invested a lot of its resources into VR and AR, not even counting its acquisition of VR pioneer Oculus. Of course, Facebook’s ideals for VR are more on the casual and social side and its Facebook Reality Labs is working on making that technology be less obnoxious and less uncomfortable, as if you were simply wearing rather large sunglasses.

Science fiction has us thinking of AR and VR headsets that can sometimes masquerade as regular eyewear but current technologies haven’t reached that level of sophistication yet. For VR headsets, the problem goes beyond the usual culprits of fitting batteries and some electronics in a single device. The optics, for example, require a gap between the display and a refractive lens that focuses beams of light on the eye. 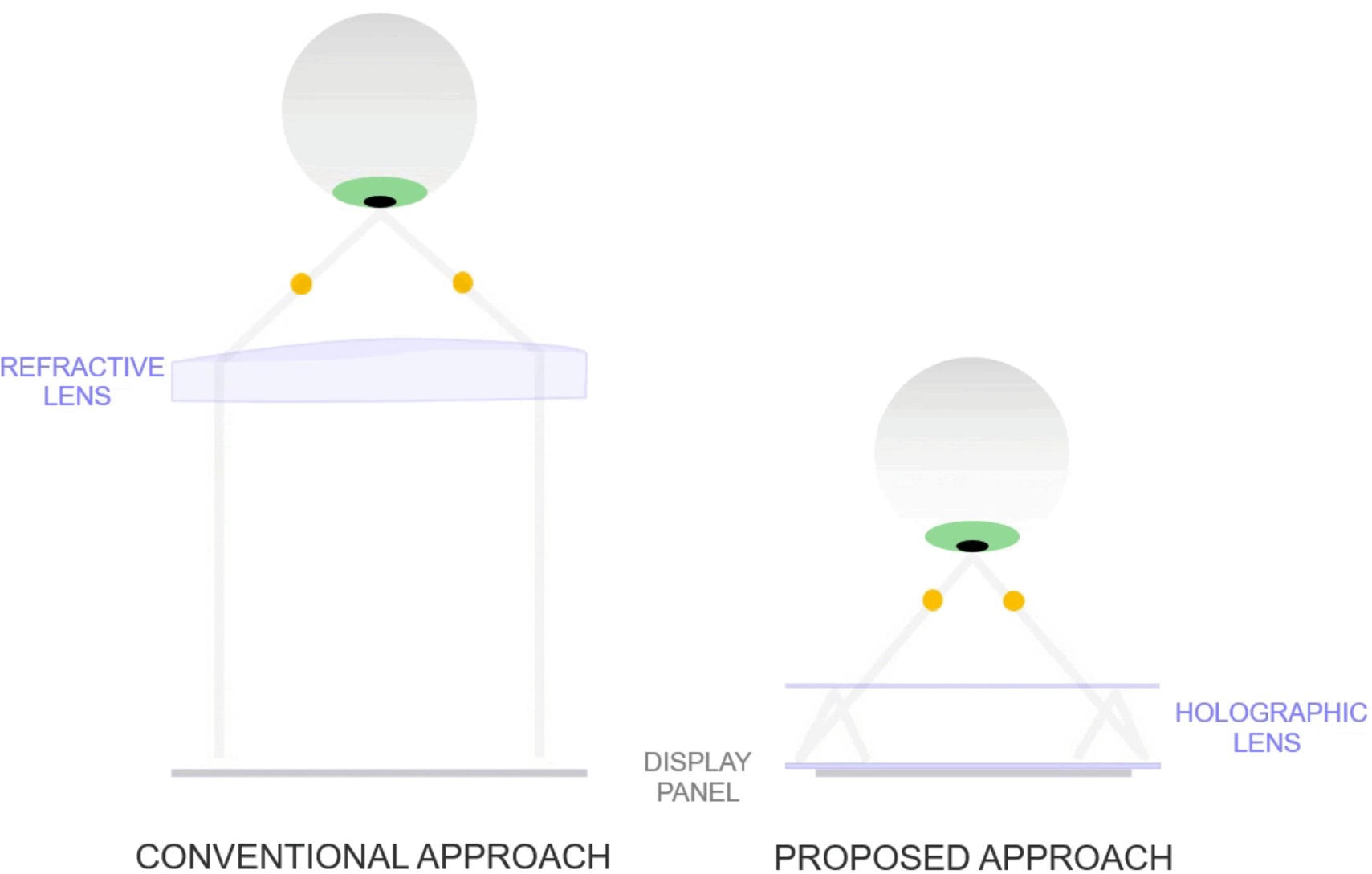 Facebook Reality Labs’ proposed solution is based on holographic technology and lasers. Using holographic lenses instead of refractive ones, the prototype is able to bounce light back and forth between the display and the lens until the image is small enough to be beamed to the wearer’s eyes.

This kind of technology is able to not only narrow the gap between display and lens but also reduce the weight and bulk of the entire headset. And if you offload the rest of the processing and power to some other external device, like a smartphone, for example, you can pretty much fit the whole contraption inside sunglasses, albeit a larger-than-normal one. 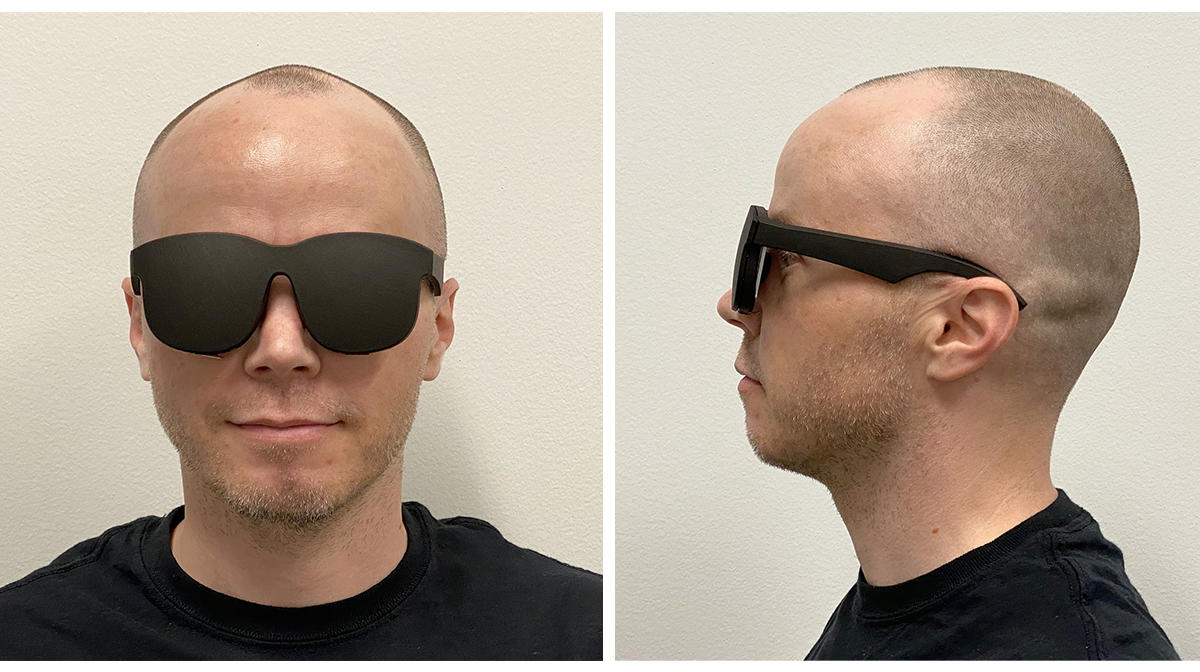 As great as it sounds, this prototype VR headset is hardly ready for anything beyond a research paper and presentation. In addition to a narrow 90-degree field of view, the lens is only able to transmit green light back to the eyes, pretty much like your stereotypical holographic setup. Still, it’s a notable achievement towards implementing a VR headset that anyone can conveniently and comfortably wear to connect with other Facebook users.