Those of you who are currently unemployed, or are looking to venture onto another job, apparently the best place to start looking is straight from your Facebook’s friends list. Facebook’s Moira Burke and Robert Kraut performed a study to determine whether your friends really are your best network in finding a new job, or if it’s better to network with a group of distant acquaintances.

Burke and Kraut surveyed about 3,000 Facebook users. They were asked about their stress levels, support from friends/family, and about any major event that had happened in their life. The survey was repeated every month for 3 months, and in that time period, about 169 of the users lost their jobs. After observing the behavior of the 3,000 users, Burke and Kraut were able to discover some common patterns in behavior. 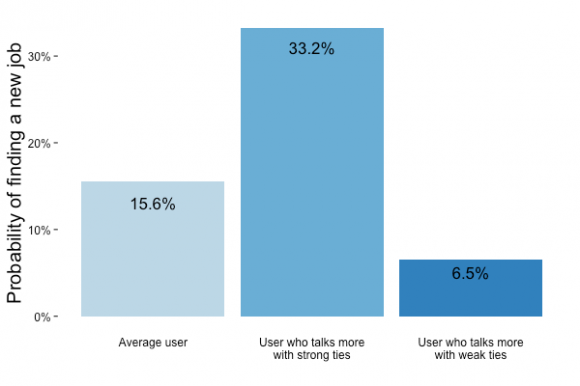 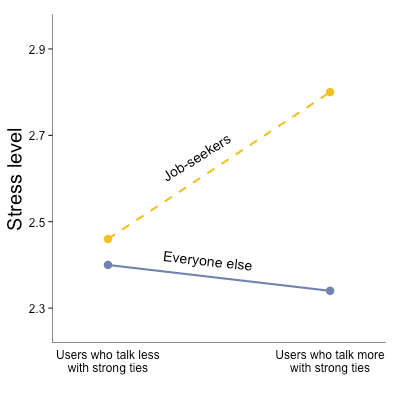 Facebook’s study showed that original theories provided by Sociologists were incorrect. Sociologists believed that by talking to “Weak Ties”, you’ll be more likely to find a new job, because those are people who you have nothing in common with. They work at different companies, think differently, and have a network of people you don’t know. They believed that your “Strong Ties” tend to be in the same network of people as you, think similarly as you, and have similar tendencies.

Facebook’s study also showed that Strong Ties are great supporters. They can offer you advice, ease your worries, and do you favors. However, if you have recently lost your job, talking to Strong Ties may actually be detrimental to you. The study showed that users who talked to their friends after losing a job would actually see an increase in their stress levels. Burke says that this is because Strong Ties usually push users to a quicker recovery, offer unhelpful advice, and unintentionally threaten users with their success. So the takeaway from all of this is to use your Strong Ties to find you a new job, and stay away from them if you’ve recently become unemployed.