Years ago, Facebook emphasized the reality of bots in its Messenger app and added a then-new tab called Discover that made it easier for users to find these bots. As well, the Discover tab was used to find businesses and nearby places to message, both of which were also heavily emphasized in the app. This has changed with a recent update that quietly scrubs the tab altogether.

The removal, which was first noted by TechCrunch, has been briefly detailed on Facebook’s Developers website. According to the note, Facebook removed the Discover tab in order to ‘simplify’ the experience for users. ‘We will continue to invest in more and better was to help businesses connect with their customers wherever they are,’ Facebook explained. 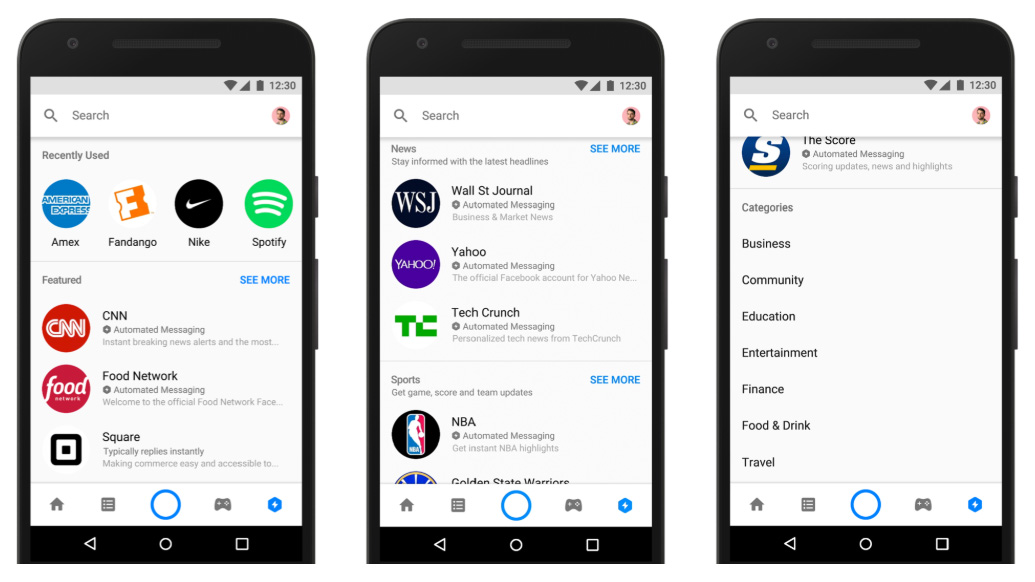 Bots in Messenger are a way to interact with a service that doesn’t involve communicating with a human. Some companies, for example, allow users to access their menu and order food items using their bot, but the process isn’t terribly fast or comfortable for some users. Other apps, primarily Messenger games, remain more popular with users.

The loss of the Discover tab joins other recent Messenger design changes that improve the overall experience for users, making it easier to find their friends and the content they share, namely Stories. Full-screen stories are visible under Messenger’s People tab, which also includes an ‘Active’ section to see who is currently using the messaging service.

Whether this redesign will encourage users to share Stories through Messenger rather than other services like Snapchat remains to be seen. This redesigned experience isn’t visible to everyone yet, with Facebook telling TechCrunch that it will start rolling out soon. The change isn’t surprising — Facebook said in late summer 2019 that it planned to get rid of Discover.