“This is not an email killer.” That’s what Mark Zuckerberg said at the Facebook event, which is still going on as we write this. Indeed, the brand new Facebook “Modern Messaging System” is not an email killer, but it does incorporate the system. In fact, the new messaging system incorporates all sorts of social networking, and communication, right into the Facebook messaging system.

Zuckerberg took the time to announce, and explain, just what the modern messaging system does, and how it will work in your every day life. Facebook is not just putting new features into their messaging system. They are actually giving it a complete overhaul, and focusing even more on the social communications between people. That’s what the new system is designed for. To help you talk to people, but so that you don’t have to do it in just one way: you want to start a conversation in a Facebook message, but want to keep it going through your standard email? You can do that. And yes, even SMS is included, too.

The whole system is focused on seven tent poles. It has to seamless, informal, immediate, personal, simple, minimal, and short. The whole idea is to make it look like a conversation at all times. There’s a lot going on in the system, at all times, that’s part of a slow roll-out that people will receive in an invite form at first. The system is built on conserving your conversations, no matter how you access or send them, and keeping the history in tact. Basically, once you start a conversation in the new system, it will be saved. The whole history, for as long as you want it to. As Zuckerberg mentioned, looking back over the years will be something you can do with this new system.

You will be able to get your hands on a @facebook email address, but you won’t need one. You can have it if you want it, but if you’re partial to your other email address, you can use that with the system as well. Zuckerberg and company have been pushing to make the system work right out of the gate, and you’ll have a lot more control over who sends you emails, where people get their messages that you send to them (you can choose email, Facebook Chat, or even their mobile phone), and how the conversation flows from one device to another.

What if you want to view attachments, ranging from word files, to spreadsheets? Looks like Microsoft has managed to get their Office name included in the process, too, as it’s just become known that you’ll get Microsoft Office in the new messaging system. You’ll be able to view Word, PowerPoint, and Excel documents, right from inside the new messaging system. Office Web Apps will help with all of that. And, if you’ve got Office installed on your computer, you’ll be able to download, save, and edit attachments.

Facebook is making it possible for people to stay connected, even past their social networking site. You want to keep your conversation with your best friend in tact, and want to be able to keep up the conversation even when you step away from Facebook? You will be able to do that. All of the channels, through email, Instant Messaging, SMS, and Facebook Chat are streamlined, connected, and able to communicate.

The system is set to roll out slowly, but invites are apparently being sent out. So, if you’re a lucky receiver of the invite, let us know in the comments how it goes for you, and what you think of the idea, and the result. We are including the recorded video of the announcement below, which Facebook is uploading to YouTube right now. If it hasn’t finished processing yet, it shouldn’t take too long, so if you’re interested in seeing Zuckerberg announce the new system, hit that refresh button. 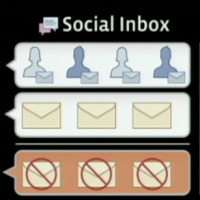 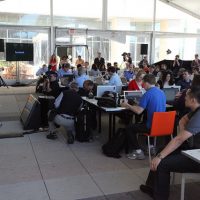 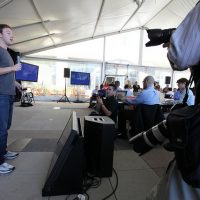 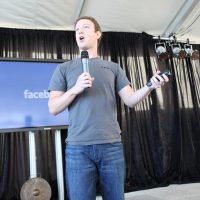 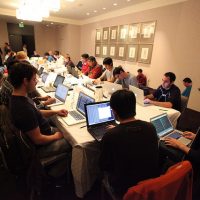 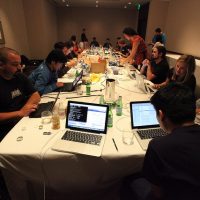