Of the myriad instant messaging services out there, Facebook Messenger is perhaps the most common and, therefore, most taken for granted. It doesn’t usually make it to the headlines, except for the few times it manages to piss people off. Or gets an experimental and frighteningly smart feature. Or goes down, which is when people realize how embedded it has been in their digital lifestyles. Some changes, however, might be coming again to Facebook Messenger that could put it back in the spotlight, starting with the return of SMS.

There was actually a time when Facebook Messenger, just like Google Hangouts up to now, had support for sending and receiving text messages inside the same app for instant messages. That might have provided a convenience for those whose communications revolved only around FB and SMS, but it wasn’t a big enough feature for Facebook to keep. And so it axed it more than two years ago.

For whatever reason, it might be making a comeback. Perhaps Facebook saw it a differentiating factor with the multitude of messaging apps now competing for mind space. Or perhaps it has bigger plans in store for Messenger’s features. 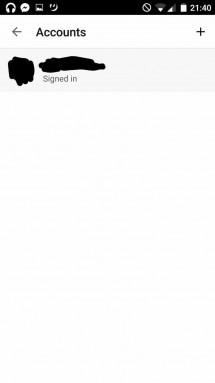 One of those seems to be support for multiple accounts. Some people do have multiple Facebook personas, or at least juggle multiple pages. Now they can keep all the conversations together in one app. They will be separate threads of course, which is the same for SMS. Those appear in a chat thread of their own, unlike Google Hangouts, shown in purple versus the usual blue. 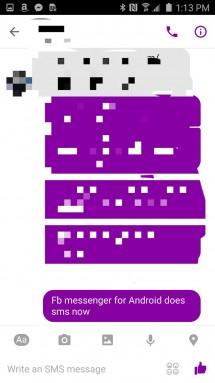 These features were spotted on an Android version of the Messenger app, along with a more Material Design look. Whether that will carry over to the iOS version is something to be seen. Presuming, of course, that these features do actually make it to the public.