It’s March Madness time, and as such Facebook has added a ‘hidden’ basketball game to Messenger. The game came with the app’s latest update, and simply involves sending someone a basketball emoji, after which point you’ll be tasked with flicking digital basketballs into a digital hoop, aiming to beat your own best score. Get the details on how to play after the jump!

The app was updated on March 16 — Facebook went to no effort to hide the game, announcing in the changelog that users can now “shoot some hoops” within it. How so? Send someone the basketball emoji, then tap it (I had to try a few times to get it to work). The game you see below will pop up in place of your chats. 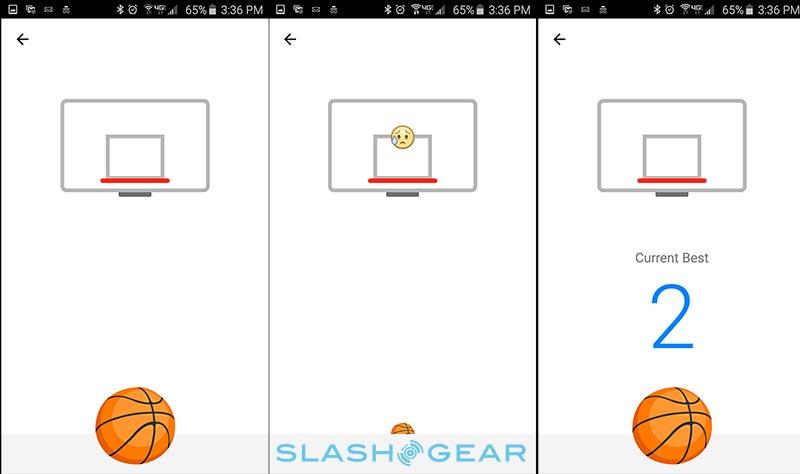 It’s about as simple of a game as you can get, but as with most simple and slightly difficult mobile games, it can get addicting. Flick the basketball using your finger, doing so in the general direction you want it to go. If it goes in the hoop, you get a point. If not, you’ll get a crying emoji.

Once you miss, you have to start all over again — if you beat your old record, the number becomes your “current best.” There are no scoreboards, of course, though you could snap a screenshot to show off in Messenger if you’re so inclined. Be sure you’re running the latest version of Facebook Messenger before trying, though, or you’ll just be tapping a useless emoji.