Facebook announced this week that it was making its SDK available for developers working with the new Apple TV’s tvOS. While the company highlights that the SDK will allow developers to incorporate social experiences into their Apple TV apps, the greatest benefit could be the ability to make use of Facebook Login, which lets users sign in to apps with their social network account.

If a user chooses to make use of the Facebook Login system, they are presented with an 8-character alpha-numeric code on the screen. Then, using either a smartphone or computer, they can type in the code to authorize the app through the Facebook website. 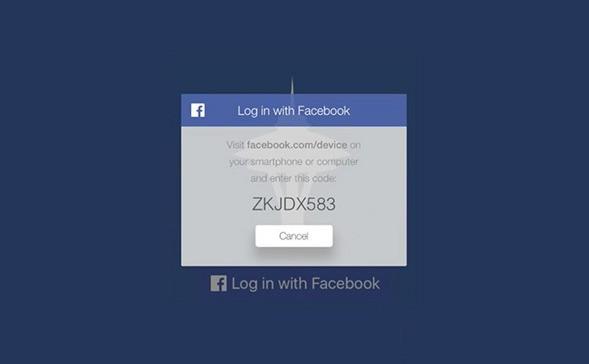 While it may not be the best login system ever, this is a drastic improvement over the Apple TV’s default sign in process for apps. Currently, users must type in their email/username and password one character at a time by navigating an on-screen keyboard with the Siri Remote. This process must then be repeated for each app that requires a login.

Unlike previous generation Apple TVs, the new fourth-gen model doesn’t yet support Apple’s Remote app for iOS, which allows the use of a device’s keyboard for text entry. Similarly, while the new Apple TV is capable of voice commands via the Siri Remote, there’s no way to use it for text field input.

Other than support for logins, Facebook says its tvOS SDK will let developers add the typical social sharing features for users. This includes posting things like photos, videos, or app high scores to their Facebook account.