Facebook, Google vs Australia’s demand for payment for news: The effect

The internet space down under was expected to split up in an uncanny manner. When the day of reckoning arrived, the two tech giants – Google and Facebook – took a drastically different approach to tackle the situation presented by the News Media Bargaining code in Australia. While Google chose to befriend the terms, Facebook walked off the bargaining deal to block all content from news sources in Australia – resulting in pages of news agencies like news.com.au and theage.com.au, among others, being completely wiped off their content on the social network.

The move is an outcome of the new law in Australia that demands Facebook and Google to compensate news publishers for their content at rates set by the Australian government arbitrator. Facebook has chosen not to give in to the demand and has gone ahead to block news content on its platform from Australian news sources. This means posting and sharing links from Australian publishers – domestically and globally – is restricted.

Facebook’s decision may come up as a flex of muscle power, but according to the company statement, despite some changes to the law it fundamentally doesn’t understand how the platform services work. The statement from Facebook’s managing director for Australia and New Zealand William Easton states, while Google relies on news and “publishers do not voluntarily provide content”, on Facebook, publishers and users “willingly post news” on the platform and in return grow their audience and also revenue.

The closure of service on Facebook has sent the news industry in Australia into a dark phase on the social network. As people come to terms with the change – where they will no longer be able to search, share or discuss news on Facebook feed – the company says, it’s not going to restrict any other services present on the network.

Albeit, the turn of events have only transpired this week, there has been a tussle between the government and the technology platforms for almost three years now. The government had on behest of a competitions committee sought direct payment for publishers from Facebook and Google for displaying new links on their platforms.

Now the government, under the media bargaining law creates a compulsion for these tech companies to share compensation as sought by the government arbitrator. Both parties (Google/Facebook and a news publisher) suggest an amount and the arbiter chooses one that they deem fair – which side the balance will tip in this situation is anyone’s guess.

Intrinsically, this code seems favorable for publishers and the media industry at large that works hard for every piece of information it churns out. But it doesn’t take into account smaller publications (including regional publishers) who may have equal, if not better, coverage. Also, the law doesn’t suggest how the publishers are going to use the extra income generated from this bargain. 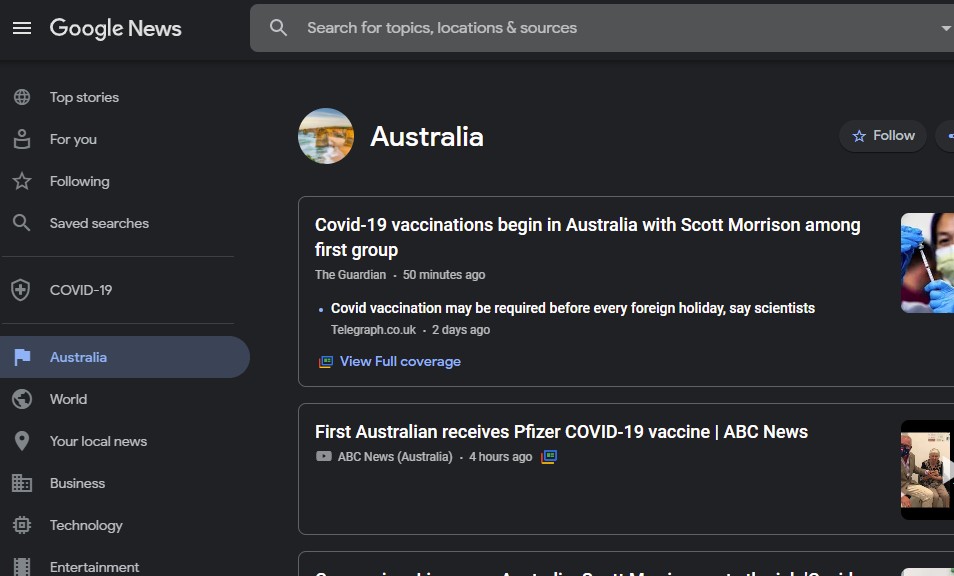 Arguably, the print media industry has been hit by the transformation in how we consume news, especially after the advent of social media. Many journalists have been laid off and incomes have plummeted for many. Is the additional income generated by the bargain – achieved from Google – going to be spent for the betterment and emoluments of journalists? There is no reference to this from publishers or a mandate in this direction from the government. Also, there is no mention of other publishers and how they will be treated.

Preferring a section over the other – and compensating it in a different manner – will imperil the existing fabric of net neutrality. Of course, choice of social media being the first preference for consuming news has been something journalists have despised over the years. However, there is no denying, websites have gathered a huge fan base, income through exposure and advertising, on these platforms.

It is then slightly awkward to see people favoring the demand from publishers – mandated by law – to make Google and Facebook obligatory to pay them for the content they share from these publishers. Google relies on news and it has succumbed to the demands – willing to pay news media publishers in Australia for their content shared in the News Showcase. Facebook’s stance has been completely opposite.

This move by the latter will result in direct loss of millions of dollars to the publishers in Australia, who according to Facebook were redirected “traffic worth an estimated AUD $200 million in the first five months of 2020.” The removal of high-quality news websites from Facebook will automatically give memes, fake news and misinformation more space, but it should, in all likeliness get people off the tenterhooks of social media and consume news directly from news sources – something that should even out the loss for these publications – hypothetical but possible.

For years now, publishers around the globe have accused Facebook and Google of altering algorithms at will and influencing the traffic that eventually flows to their publications. Also, these giants have vested interests in some countries where they have included publishers they compensate for content – through news tabs – Facebook News and Google News Showcase. Assuming how things are panning out in Australia, more countries will come up with similar demands and the situation is going to be very different then.

Google has begun cutting deals with the biggest publishers in Australia including Rupert Murdoch’s News Corp. that comprises 70-percent of the print media industry in the country. The cutout will feature news from licensed publishers in News Showcase which already has preferential space for New York Post, Wall Street Journal Market Watch, Sunday Times, the Sun and a few others in the US and UK.

Presumably, this deal will not influence results in Google Search, which is what Google really cares about and may have caved. Facebook’s decision is based on the fact that the social network doesn’t rely on news articles and only 4-percent of its posts are news articles. The fierce approach could backfire as Facebook comes out as a villain that governments globally will be wary of going forward.