There was a time when people predicted, wished, or even dreaded, that Facebook represented the future of gaming. After all, hit, addictive titles like Farmville, Diner Dash, and Candy Crush Saga were all born and, for a limited time, exclusive to it. But mobile gaming proved those prophecies wrong and gaming on Facebook was left with nothing but a shell of itself. With PC gaming seemingly picking up steam again, partly thanks to VR, Facebook decided it was time to rekindle old flames. But this time it’s doing things differently. This time, it has Facebook Gameroom, which is practically Facebook gaming, without the Facebook.

Of course, Facebook is still the engine that powers the experience (technically, it’s Unity 3D). It’s still tied to your Facebook account, which is both a boon and a bane. But, as far as the interface is concerned, you won’t have to deal with juggling your games and your social network at the same time. With Gameroom, the two exist in different worlds, but still intricately tied together.

Admittedly, it’s a nice idea that is aimed at improving the PC gaming experience. But it will be hard not to compare it with Steam, which is the household name when it comes to PC game catalogs and distribution. It’s a David and Goliath encounter, though at one point in time, Facebook was actually the Goliath. Valve’s Steam has the advantage of more titles under its belt, a clear focus on gaming experience, and a somewhat better track record in protecting privacy.

Facebook, on the other hand, has the advantage of, well, being Facebook. If you’re the time who wants to let everyone know what you’re playing, then Gameroom might not be a problem.

Lest you think Facebook Gameroom’s selection of titles is limited to web-based games, you’d only be one-third correct. The other one-third is composed of mobile games ported to Gameroom, and the last third are for games built specifically for the platform, using Unity, of course. 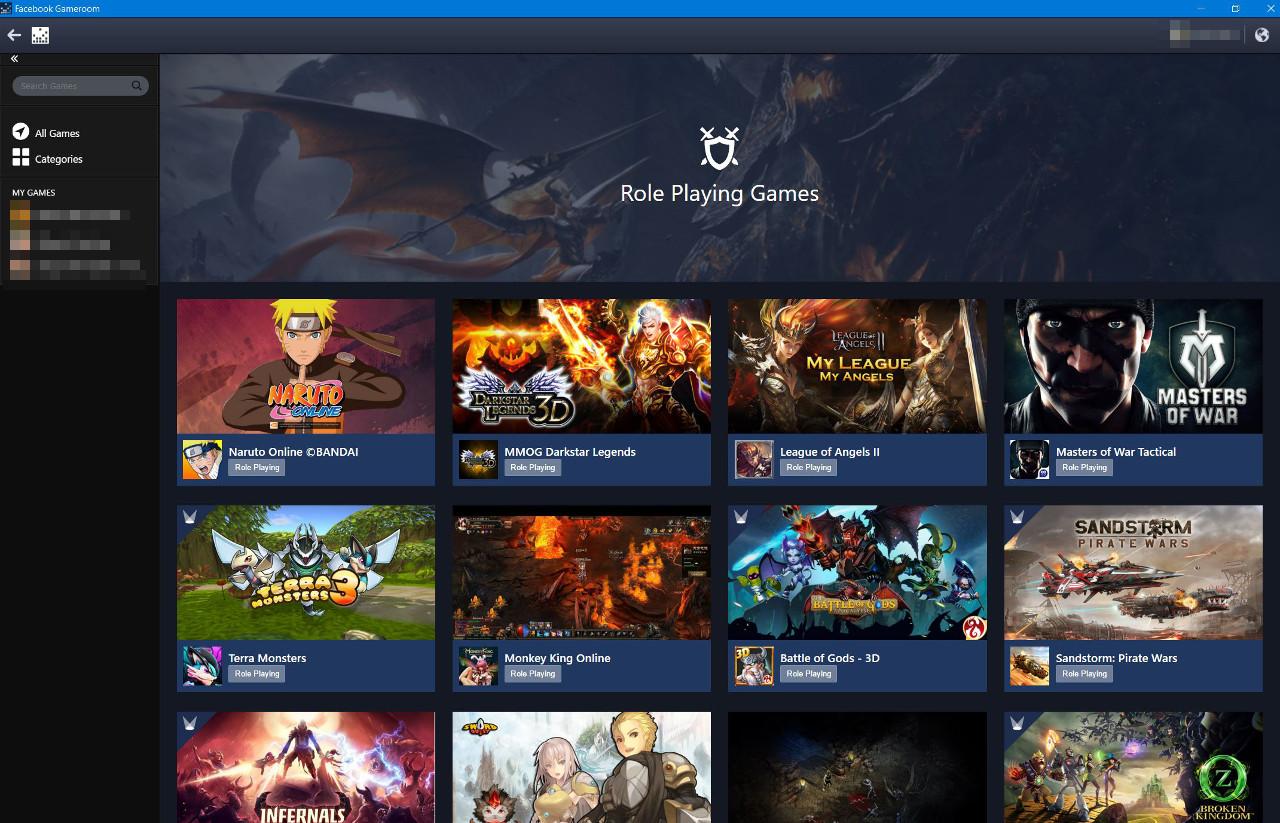 The Facebook Gameroom app itself is simple and clean and so unlike Facebook. Of course, it is tied to it, with games, especially mobile ones, you’ve already authorized on Facebook showing up for convenience. The collection is admittedly still small at this point, nowhere near Steams, and it might take a long while, maybe even never, before Facebook will be able to rub elbows with gaming rivals again.