Facebook has introduced Fantasy Games, a new free prediction platform the company describes as a simplified form of playing fantasy sports. With Fantasy Games, Facebook users on iOS and Android will be able to predict the outcome of various events, including sports games and pop culture happenings. The feature is only available to some users, however.

Facebook Games is now available to mobile users in the US and Canada. Assuming you live in one of these countries, you can open the Facebook app’s menu and tap the new Fantasy Games option. This will pull up the prediction platform, including the user’s existing leagues, games, and the option to create a new league. 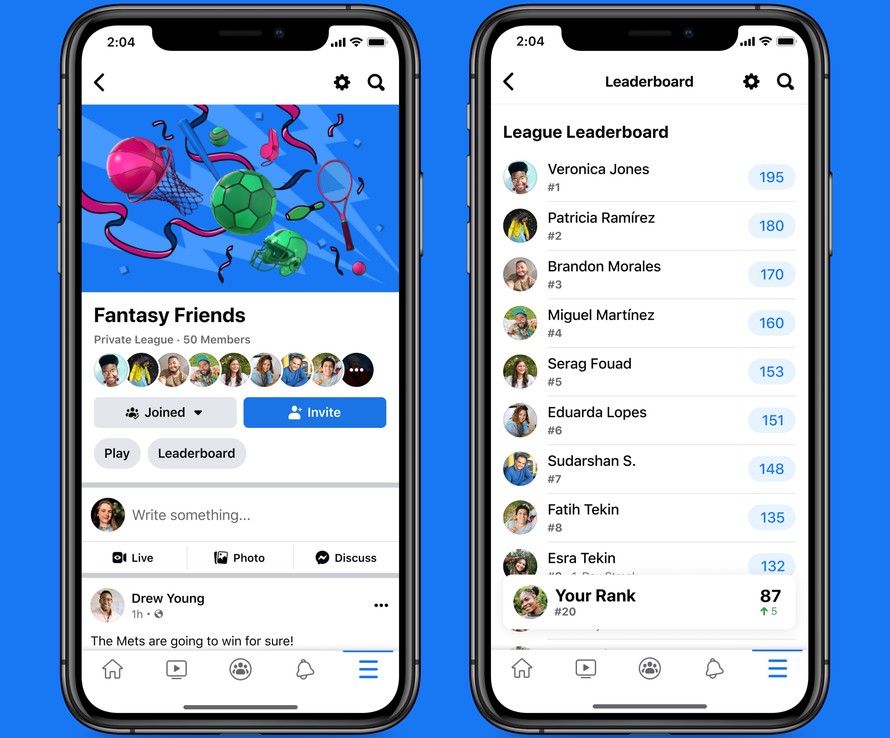 Facebook says users can set leagues to public or private, playing them with only friends and family or with the subject’s wider fanbase. Leaderboards will keep track of users’ scores; the platform will also let users share their picks, leave comments, and react to content. Pick & Play Sports is the first game launching with the platform today, but more will follow.

In addition to adding games related to sports leagues, Facebook says it is also working to launch games that’ll involve hit shows like Survivor and The Bachelorette. Survivor fans, for example, will be able to use Facebook Fantasy Games to predict teams and then potentially receive points based on the episode’s outcome.

The new Fantasy Games feature is rolling out to Facebook mobile users in the US and Canada now; it may take a bit of time before the Fantasy Games option appears in your bookmarks menu. Facebook notes that users can also access the games by clicking on Fantasy Games notifications in the News Feed.