Facebook data center in Sweden goes live, first outside US

Facebook announced today that they have opened up their first data center outside the US in Luleå, Sweden. It’s located in a small town at the northern edge of the Baltic Sea, and is just 62 miles south of the Arctic Circle. It’s an odd place for a data center, but Facebook says there are numerous reasons why they picked this location.

The location near the Arctic Circle means that it never gets really hot outside, and Facebook uses the “chilly Nordic air” to cool the thousands of servers that line the aisles in the data center. Plus, any excess heat that the servers produce is used to keep the office warm. Furthermore, the data center is powered by locally-generated hydro-electric energy, which is 100% renewable.

Sweden also has a dense fiber optic network, so data travels fast to its recipients, which is also another reason why Facebook chose Sweden to build its first foreign data center. Facebook has data centers in Oregon, North Carolina, and now Sweden, with plans for a fourth data center in Iowa that’s set to open for business next year. 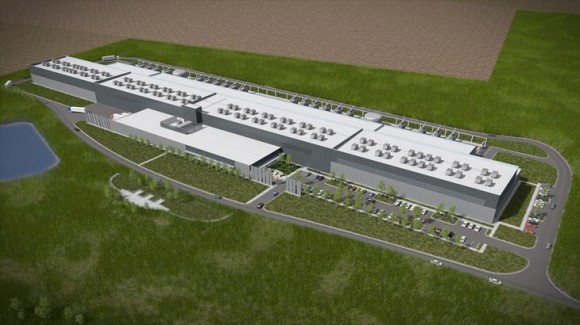 As with their new Sweden data center, Facebook’s Iowa location will also feature some green technology, including an outdoor-air cooling system and overall improvements to the building’s design and networking architecture that’s far superior to other data facilities. Facebook claims that the new Iowa facility “will be among the most advanced and energy efficient facilities of its kind.”