FAA smartphone restrictions may be easing up soon

The Federal Aviation Association has been mulling over the idea of easing up on consumer electronics restrictions in planes for over a year, but it seems a decision might be coming rather soon, as it’s said that a “high-level advisory panel” will be recommending that the FAA let loose a little bit on in-flight restrictions with gadgets.

According to the Wall Street Journal, a draft recommendation was written up by the advisory panel that — if the FAA agreed — would allow passengers to use electronic devices during taxiing, takeoff, and landing during a flight. However, phone calls would still be prohibited, and once the aircraft reached higher altitudes, you’ll have to switch your device into airplane mode.

Of course, details are still being debated over, and the ease of restrictions could change slightly than what we’ve been told, but it seems the FAA is making progress. However, there is still no timeline as to when we can expect changes to occur to policies regarding in-flight electronic use. 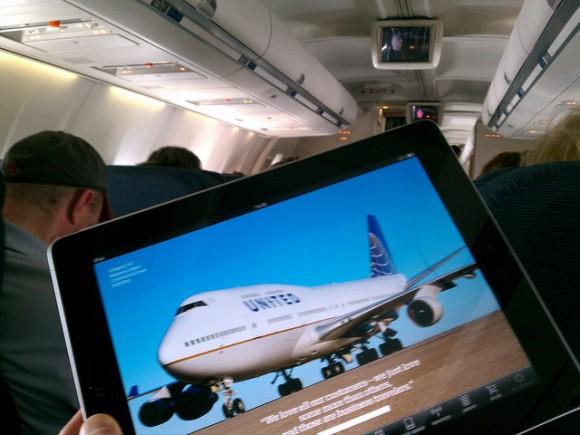 The draft reports that the existing rules and policies have remained unchanged since the 1960s, and since then, technology has obviously changed in many ways has made a massive impact on society. Thus, the way people use technology has changed, and the FAA has yet cater their policies around these cultural changes.

The FAA’s new rules (if decided upon) would relax the restrictions for use of approved electronic devices while the plane was on the ground, as well as taking off, meaning that you’d be able to use your smartphone from the time the cabin doors close to when the plane reaches 10,000 feet. After that, restrictions would be set back in.