Home security camera systems have exploded in the past few years, in no small part thanks to the rise of IoT and smart home products. It’s too easy to get lost in a sea of smart security cameras to choose from, many of them offering nearly the same things. From time to time, you do come across one that promises a new feature so incredible it sounds almost too good to be true. We installed the EZVIZ C3X “AI-Powered Dark-Fighter” to literally see if it indeed delivers on its promised ability to see in full color even at night.

Those already familiar with EZVIZ’s outdoor security cameras will already know what to expect from its latest product.

Like the previous-gen C3WN, the camera is a tennis ball-sized cylinder with two antennas, one on each side, connected to a metal mounting plate via a supporting arm. Given its white paint job and dual-lens setup, it wouldn’t be too much of a stretch to see it as a small robot guarding your home from a corner.

All the beauty and features of a smart home security camera would be for naught if it takes a rocket scientist or a seasoned pro to set it up in the first place. Despite the hi-tech appearance, the EZVIZ C3X is as traditional as you get in terms of installation.

The camera itself may be IP67 rated but the cables you are given aren’t, something you’ll want to keep in mind when carefully snaking the power cord from the camera through the arm through the mount and through some opening in your wall.

Another thing to consider is that while it does support Wi-Fi, the camera only supports the 2.4GHz frequency, which adds to your home network congestion. Fortunately, an Ethernet cable is also an option.

The non-physical setup of the camera can also be a hit or miss. You basically download the Android or iOS app, set that up with your account, and then scan the camera’s QR code on the camera itself or on the quickstart guide to set up the camera, connect it to your network, and the like.

In normal circumstances, that should be painless and quick but we got a lot of “Unable to connect to server” errors which then required repeating the process all over again. This would seem to foreshadow the C3X’s biggest problem.

The EZVIZ C3X sets itself apart from the crowd with two features. One is its ability to see in full color even at night and the other is its smart motion detection. It’s admittedly a rare feat that it manages to do both and do them well.

Color Night Vision is achieved through the ingenious use of two lenses rather than one. One lens records ambient brightness while the other records color information. Almost mirroring the early days of smartphones with their monochrome depth sensors, EZVIZ uses a proprietary algorithm to combine the two pieces of data into one full-color video feed.

The C3X already produces impressive images and 1080p video in broad daylight but, given the circumstances, its night-time performance impresses even more. Sure, the colors are muted in comparison but the sharpness of the output compensates for that more than enough, allowing you to easily identify objects and people when there is a need to review the footage later on.

Many security cameras these days only start recording when motion is detected and the EZVIZ C3X is no different. Rather than simply using motion as a trigger, however, it also applies a bit of AI to distinguish people from everything else to reduce false alarms.

It does distinguish between humans and vehicles well enough, though there are a few times it will let someone pass by unnoticed. You can also set up motion detection areas so that only movement inside a grid in the camera’s wide 106-degree field of view will be reported.

The C3X has a mic and a speaker for two-way communication but it puts the latter to an additional task as well. The camera can emit audio warnings, from a gentle beep to a blaring siren or with a prerecorded message or a customized one in your own voice. And, yes, it also has a strobe light to go along with those sirens to scare off would-be wrongdoers.

The C3X would have been perfect in its execution if not for that once-favored term in the tech industry: the cloud. As with any security camera product, the EZVIZ C3X comes with the option to store recorded videos on its cloud hosting service. For a price, of course.

Unfortunately, users and reviewers all over have one single experience and it’s not a good one. In a nutshell, you can store your recorded videos on the cloud easily but retrieving them for playback is almost impossible. You’d be better off stashing a 256GB microSD card into the camera for local storage. 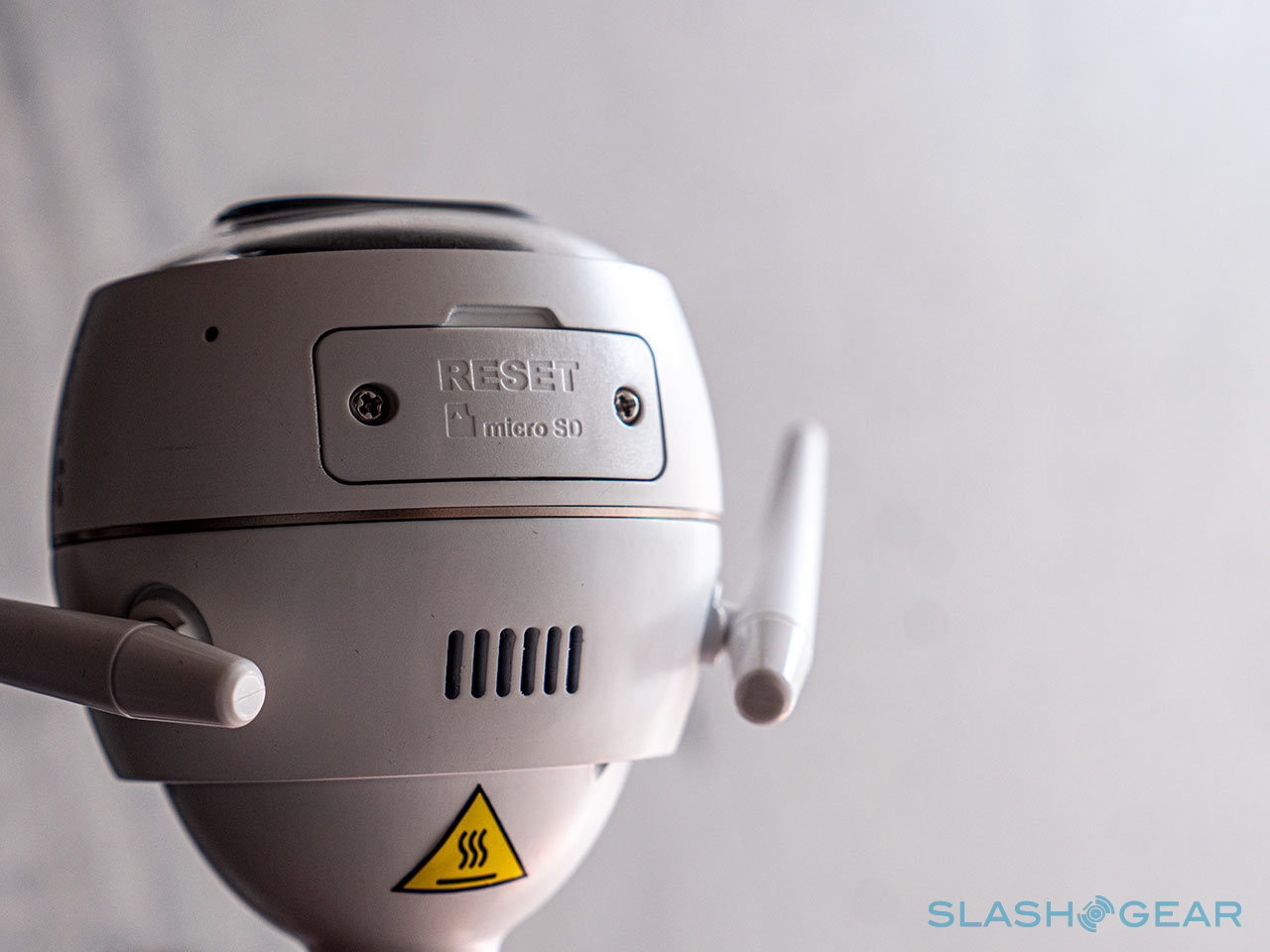 That makes EZVIZ’s already expensive cloud storage subscription plans sound even more ridiculous. For $6 a month ($60 a year), you get to store 7 days’ worth of footage, $11 per month if you want to cover a whole month. And that’s for only one camera because there’s also a $9 7-day tier to cover up to four cameras. When your competitors ask for half the price to cover twice the period, you’d be forgiven if you think something is terribly wrong. 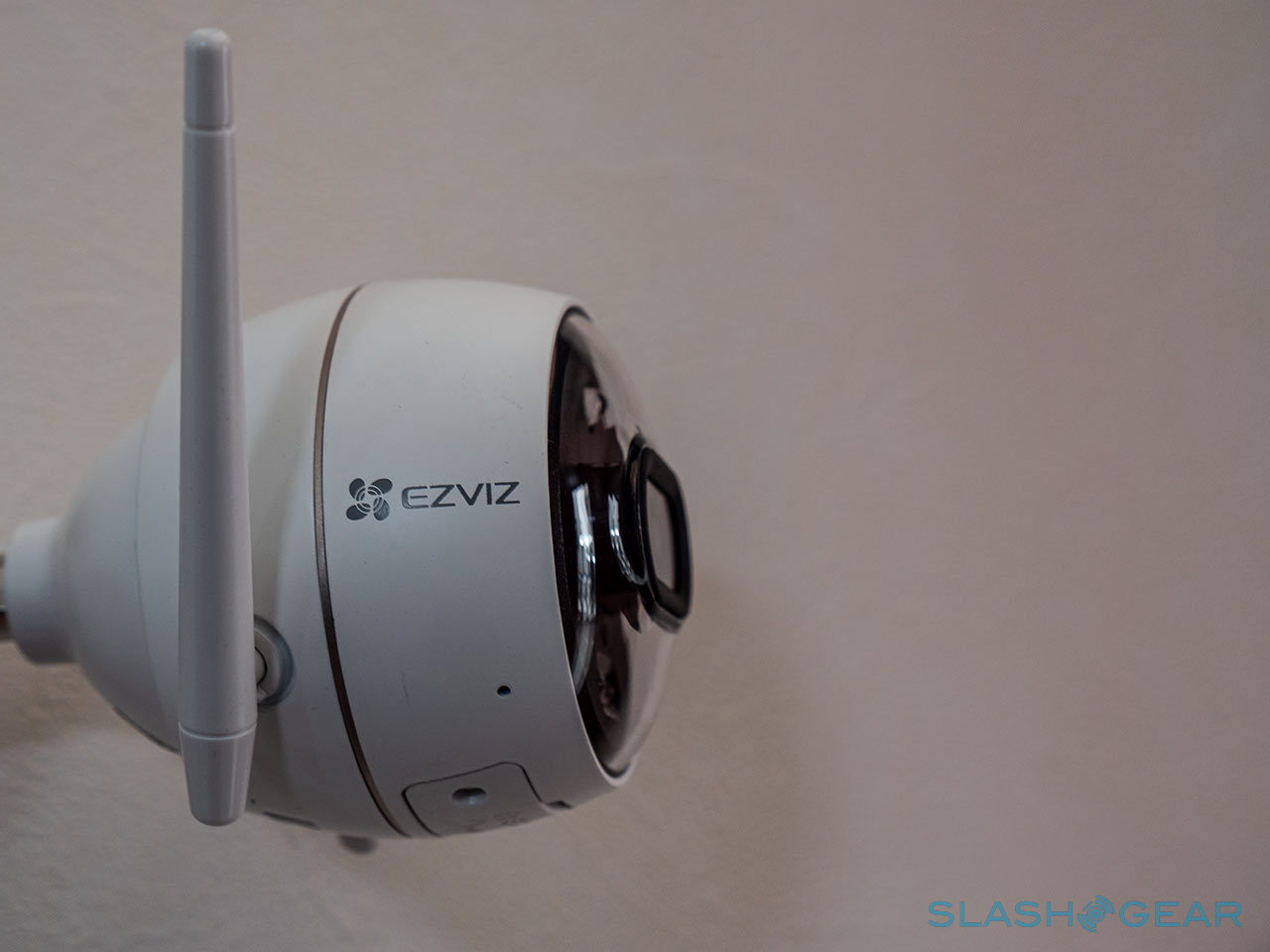 The EZVIZ C3X is definitely a promising security camera that can hold its robotic head high above the rest. Its unique color night vision, still a rarity in this market, already puts it ahead of the race and its generally accurate smart motion detection system gives it a solid footing.

Unfortunately, it is saddled by its own flaky cloud storage solution and the tenacity to pay a premium price for it. The former can perhaps be solved by firmware updates but only a new pricing scheme will be able to salvage EZVIZ’ CloudPlay subscription.