EyeForcer forces your kids to stop looking down at their phones

With the rise of smartphones and tablets, we’re spending more time looking down at our hands than ever. Go to any public place, and you’ll see people hunched over their phones, checking Facebook, Tweeting, or watching videos. Our bodies aren’t designed to hold that position for long periods, and that can cause painful issues. One company has their eye on this problem, and aims to fix it.

The EyeForcer is a new piece of eyewear that is designed to work in conjunction with a tablet or smartphone, to help the user with their posture. Once the app is installed, it will run in the background as it monitors the position of the user’s head. If their head tilts too low, they will receive a warning. If they receive five warnings, the app that they’re using will close out, interrupting what they were doing.

Medical Wearable Solutions is the company behind the EyeForcer, and they’re hoping that parents will use it to prevent “Gameboy Disease.” No, Gameboy Disease doesn’t appear to be an actual medical term, and nearly every reference to the term comes from the creator of this new gadget. Despite this, poor posture is a real thing, and this gadget might do something to help it. 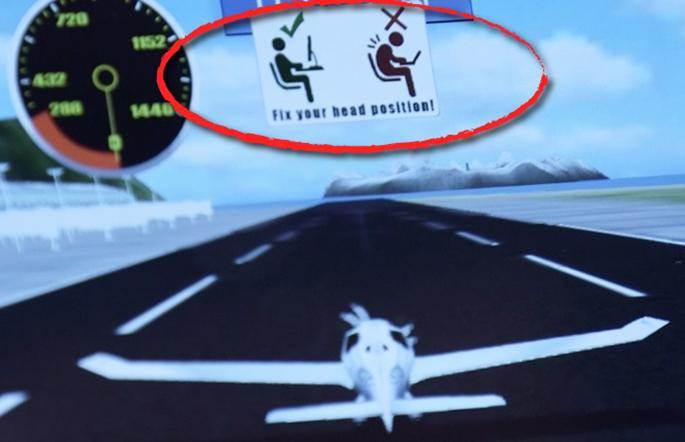 The biggest problem I see with the EyeForcer is the fact that it looks a bit silly, and can probably be easily defeated. I don’t know without trying it, but I would imagine that setting the frames on top of your head and looking down would result in a positive result. Kids tend to get creative when they want to get out of doing something, so I can bet that kids will find a way to defeat this pretty easily.

The other big problem is the price. It’s a Kickstarter project, and you’ll need to pay around $90 to get a pair for your kid. They will retail for around $130 a pair, once the Kickstarter has ended. Of course, that all depends on whether or not the project actually reaches its goal of around $150,000.