Our homes these days are riddled with cameras, from the ones in our phones and laptops to the more inconspicuous ones in security cameras inside and outside the house. Oftentimes, these cameras are designed to be invisible, utilitarian, and cold, even if they are sometimes used to communicate with a living being on the other end of the Internet line. Just as there have been attempts to make technology and devices feel more humane and human, a new experiment tries to make the humble webcam more relatable by turning it into a creepy eye that actually makes it feel more inhuman in the process.

If the thought of a smart display camera that sees everything you do at home already creeps you out, imagine if that camera actually took the form of a moving eyeball. Of course, the Eyecam is actually a webcam rather than a part of some smart home appliance but the feeling of being watched is still the same. Of course, that’s exactly what’s happening when you use a webcam anyway, this just makes it painfully and frighteningly obvious. 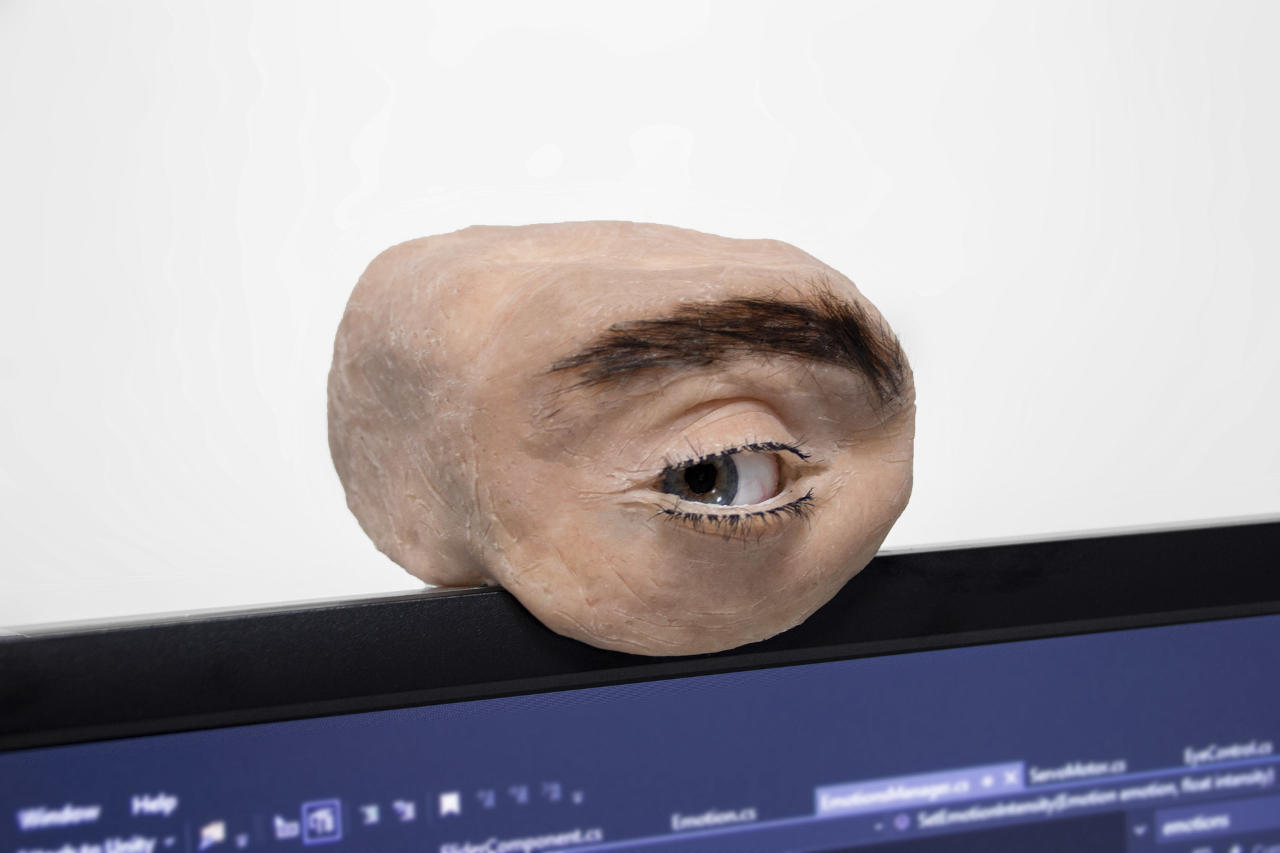 The brainchild of interaction designer and researcher Marc Teyssier, Eyecam combines robotics, computing, and some silicone skin to make an almost realistic recreation of an eye. Singular. Teyssier says that the Eyecam is designed to bring back the human element in communication where eyes are just as important as the spoken word. Then again, most of that nonverbal communication is observed on two eyes, not just one.

To mimic the “feel” of a human eye, the Eyecam uses motors to move the eye, eyelids, and eyebrow. Their coordinated movement is controlled by an Arduino Nano while a Raspberry Pi connects the camera to a computer. The entire project uses open hardware and open source software so that others can recreate the creepiness on their own, provided they have access to the materials.

Eyecam unabashedly dives into uncanny valley and not by accident. The thought-provoking experiment is meant to make us reflect on how invisible cameras have become in our lives and how our behaviors change when we think no one’s looking. Of course, having an eye that looks like it’s always watching you might be too extreme but that might just be the next small step towards fully anthropomorphic household helpers of the future.