Once the darling of the startup and productivity world, Evernote has suddenly found itself shunned after a series of management mishaps, workforce exodus, and business changes. For some of the remaining faithful, the latest changes in pricing and features was the straw that broke the elephant’s back. Naturally, there have been a lot of other apps and services more than willing to pick up the pieces. In fact, there are dozens of them, some already famous and some still quite obscure. Here are five of the ones suited to fill in Evernote’s shoes, that mostly works on any platform. 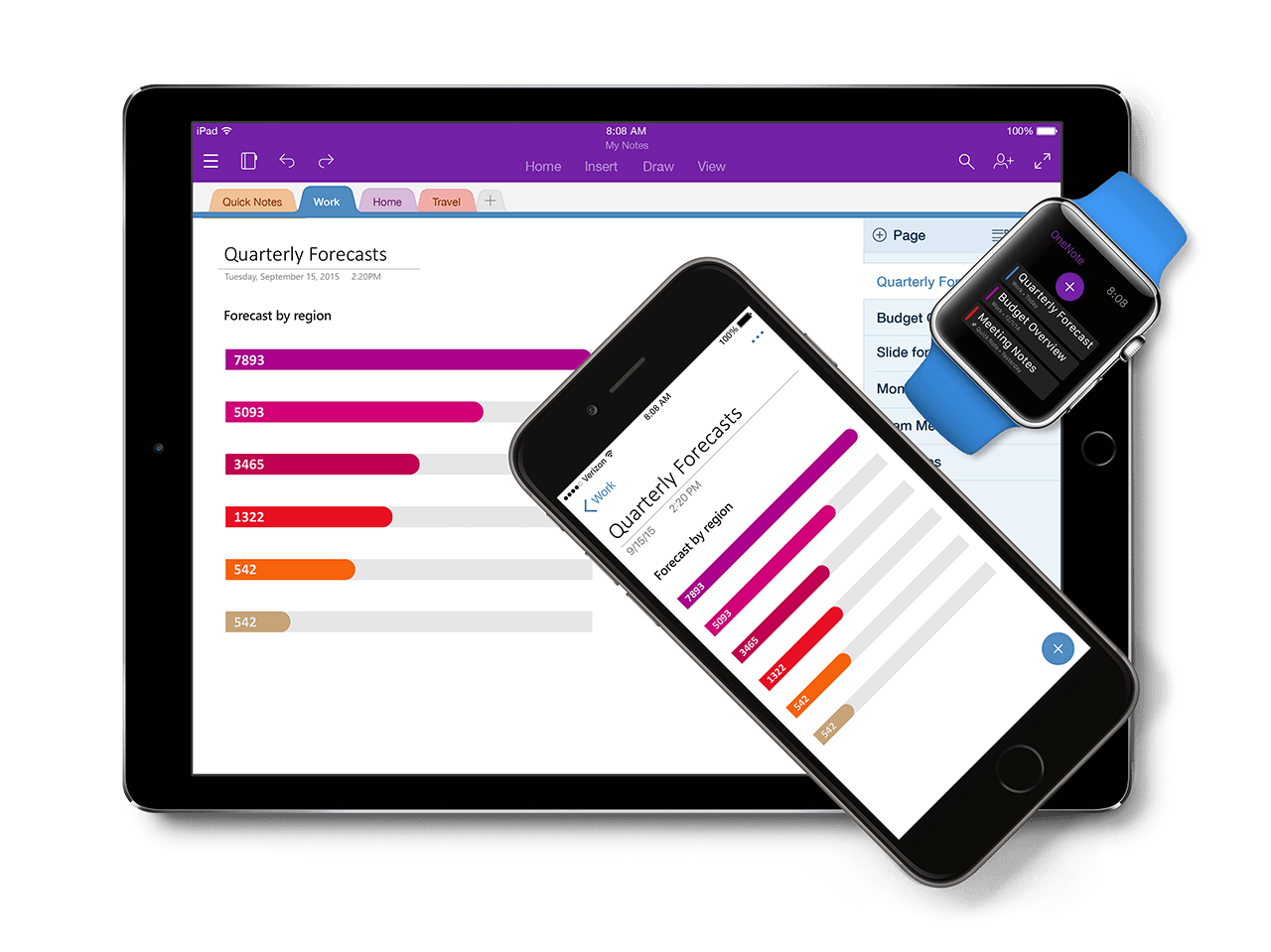 Of course, OneNote comes at the very top of the list, Evernote’s forever rival. Almost anything Evernote can do, it can do as well. Sometimes even better, sometimes worse. The key is in the way they see the digital world. While Evernote’s metaphor is one of a digital filing cabinet where you cram anything and everything, OneNote is more akin to the digital equivalent of physical notebooks. Write (type), scribble, paste images, tear and rearrange, OneNote does it all. It can also do audio recordings and “attachments”.

Pros:
• It is really everywhere, on all the major platforms, not just Microsoft’s operating systems
• Free-form layout lets you place anything anywhere you choose
• You can organize notes in more levels (sections, sub-sections, pages, multi-level sub-pages)
• Most of the features are available for free, especially those that Evernote asks money for

Cons:
• It’s Web version is atrociously slow, slower than even the normally slow Evernote web app
• It is somewhat slower to load than Evernote, especially for notes with lots of inked content and attachments
• Integration with third party services and apps isn’t as exhaustive as Evernote’s 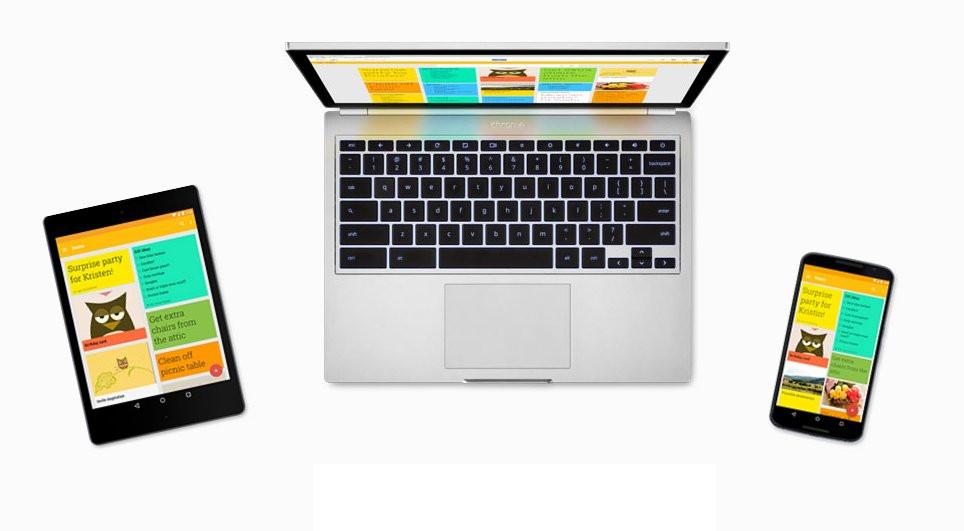 Of course, both of the major mobile platforms have their own notes app. We’re lumping them together because, as of iOS 9, Notes and Google Keep have acquired almost similar features. And similar limitations. Instead of the all-embracing note-taking direction of both Evernote and OneNote, these two are relatively simpler in comparison. In fact, Google Keep even started out looking and feeling like digital sticky notes more than anything. Now both apps have limited support for drawing and audio recording. That said, both apps are also more suited for short, quick bursts of note-taking rather than writing the chapters of your next novel. For some, that might be limiting. But even for a good number of Evernote’s users, it’s more than enough.

Pros:
• Simple and fast, no fuss, no worries
• Almost everywhere (except iOS Notes)
• Google Keep’s web app is just as fast as the mobile apps

Cons:
• Not suited for lengthy notes
• Inking/drawing is very limited
• No support for file attachments 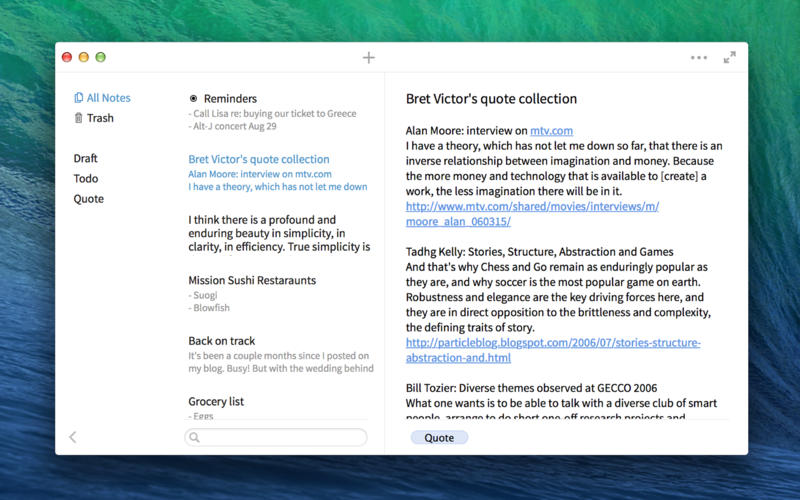 At the extreme end of the simplicity-complexity spectrum is Simplenote. It’s name says it all but a few words can still describe it. It is practically a plain text editor that gets synced to the cloud. That, however, belies its power. Some would swear by the power of plain text and Evernote’s inclination towards that has given it appeal for this group of users. Plain text is also more malleable than formatted text, even those of Evernote, which allows users, especially those with a programming background, to manipulate them in so many ways. Plus, it’s easier to search plain text. Of course, you are limited to plain text. No pictures, no drawing, no audio.

Pros:
• Plain text is the simplest and lowest common denominator of everything
• It is the only note-taking service that has an official Linux version
• Backups and syncing are free 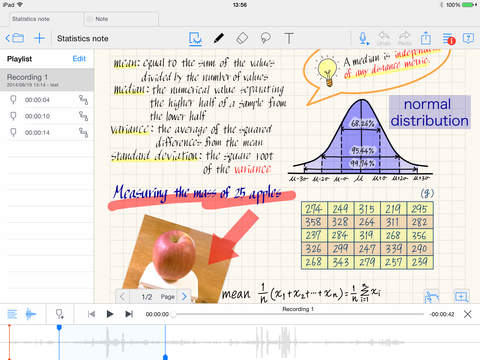 MetaMoji Note is one of those hidden gems that you only discover if you look hard enough. In intent, presentation, and tools, it resembles OneNote more than Evernote, which practically means it can do a lot of things. Scribble, draw, insert, move things around. It can even annotate PDFs, which is something the likes of Google Keep/iOS Notes nor Simplenote can’t do. It does, however, come at a price, literally. Majority of the features are hidden behind a paid app ($8) or in-app purchases, though basic ones like syncing, up to a certain limit, is thankfully free.

Pros:
• More like OneNote’s free-form canvas
• Available on many platforms except Mac and Linux
• Attachments, audio, and advanced drawing tools. Even has a built-in web browser 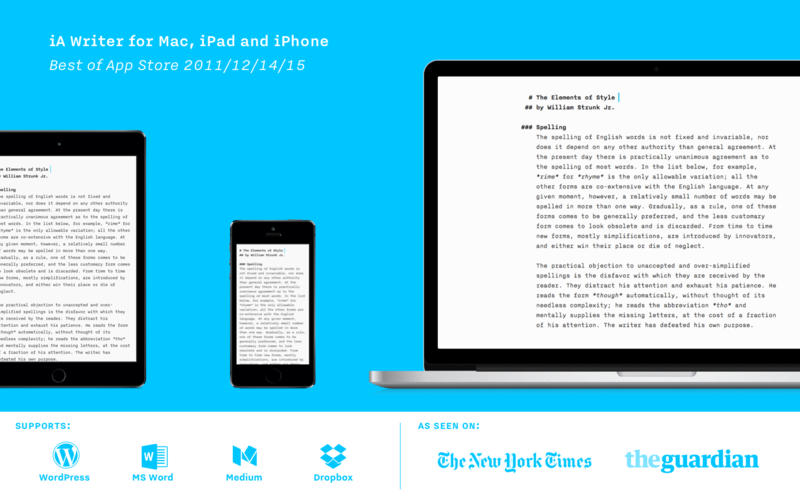 iA Writer began its life as a distraction-free writing app for Mac and iOS. Surprisingly, it has recently gotten an Android app as well. While it practically deals with plain text like Simplenote, it has two secret weapons that puts it above that: Markdown and Dropbox. In a nutshell, Markdown is a special “language” that lets you use special symbols to mark up (hence the name) a plain text file to later be rendered into a formatted document, mostly HTML. It’s still plain text really, but passing it through some processor yields prettier text, one that can have headings, bullet points, and images. It can also sync to Dropbox in addition to iCloud, allowing you to carry your notes anywhere and won’t be beholden to a particular note-taking service.

Pros:
• The flexibility and simplicity of plain text paired with the formatting of Markdown
• Can sync to Dropbox (or iCloud)
• Spell checking, word/character count, and other tools that really help writers

Cons:
• While you can add images, you still can’t attach anything else. Workaround: Link to a file stored in Dropbox
• Not available on Windows or the Web. Workaround: Since it’s just plain text and even syncs to Dropbox, you can use any text editor of your choice on those platforms.
• Flipping through the menus and settings requires a lot of swipes.

Evernote has definitely offered the computing world an experience so unique and useful that it’s hard to find a note-taking service that can perfectly replace it, unless it’s an outright Evernote clone. And even then, those would aren’t likely to be as stable or as trustworthy. Of course, the best Evernote replacement is still Evernote and there are undoubtedly myriads who are still hoping the company gets some sense knocked into it before it becomes too late. Because just like the elephant it uses for its own logo, the Internet never forgets.