Eve V 2-in-1 computer is coming: 5 things to know about it

It almost feels like there’s nothing that can be done for the 2-in-1 tablet form factor started by ASUS and then popularized by the Microsoft Surface Pro. After all, how much can you cram inside such a thin space without making it as unwieldy as a laptop? In two weeks, Finland-based Eve Tech will be proving the industry wrong by finally selling the Eve V computer to the public, challenging the status quo, not to mention the Surface Pro, not just in features but also in the way products can be made.

It was designed by the community

Many products born of crowdfunding will claim to have been created with the input of backers and customers. Few, however, can boast of doing that right from the get go.

Mirroring Razer’s slogan, the Eve V was, in a way, made by geeks for geeks. That may sound almost offensive to some, but think of it this way: who else would know about the best specs that users want than them? Although Eve Tech did put its foot down on the matter, much of the discussion and debates started with the input of the community. This has resulted in some of the best specs you’ll see in a 2-in-1 tablet, give or take, at almost half the price of the competition. 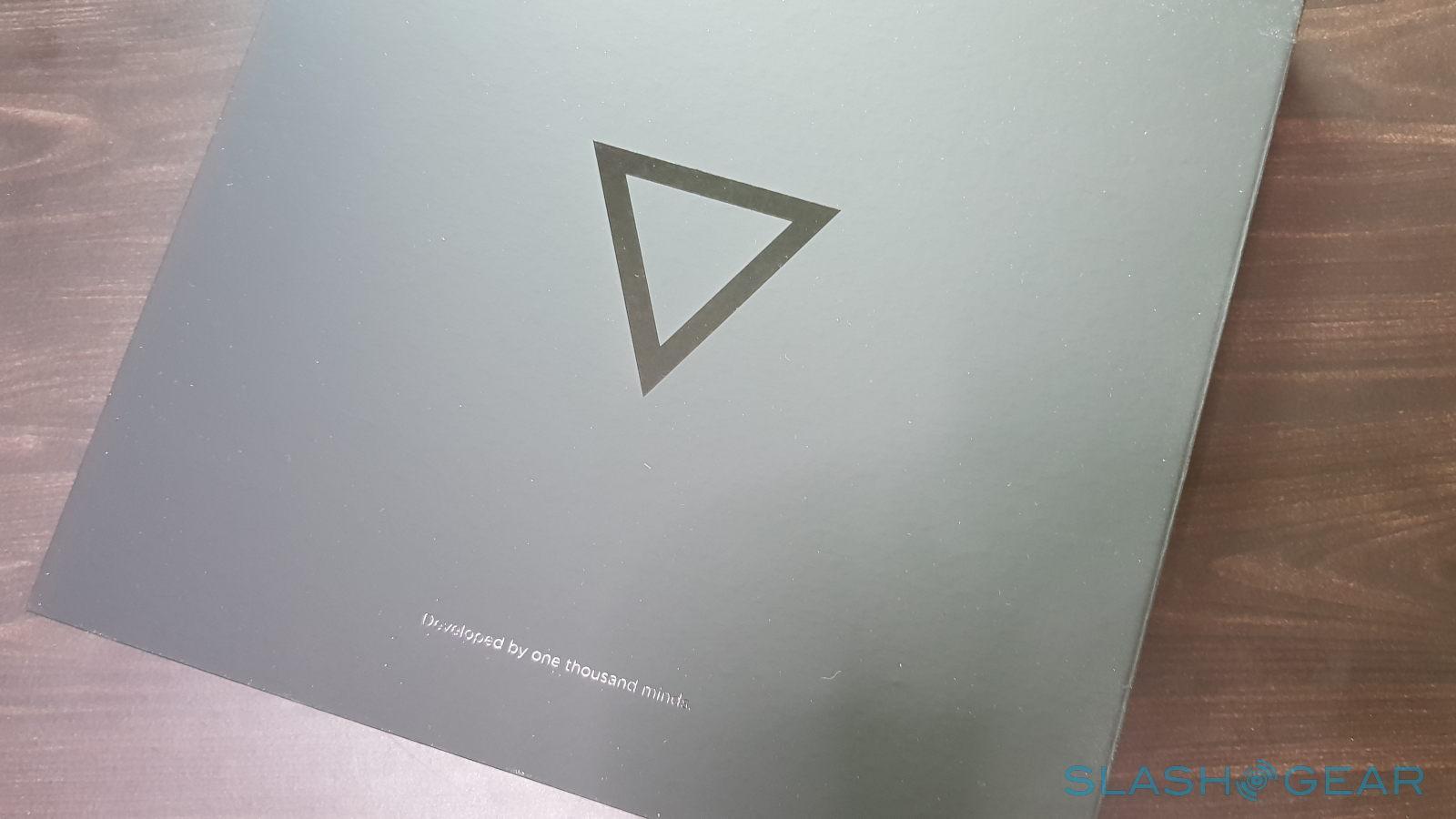 It was designed with gaming in mind. Sort of

When it comes to 2-in-1 tablets that aim for portability and versatility, something usually has to give in terms of power. Usually, that means sacrificing the graphics capabilities of the device.

Fortunately, the Eve V has a workaround. It’s not exactly ideal, but still better than the status quo. It happens to be one of the extremely rare 2-in-1 tablets that supports an external GPU or graphics accelerator thanks to its use of a Thunderbolt 3 port. And while you won’t be carrying around that eGPU with you, at least you get all the power you need for gaming and graphics extensive work when and if you need it.

There is, however, one caveat. After all, nothing is really perfect. One of the most controversial spec of the Eve V is the CPU. While it’s understandable that it missed the 8th gen boat given its timeline, some might be disappointed by the fact that it uses a “Y” processor instead of the usual “U” processors found in most Windows 10 tablets.

Eve admits that there is a performance hit, if only slightly, with the choice of processors, but it was made based on a conscious decision to prioritize battery life over benchmark scores. Eve also argues that even “U” processors aren’t able to perform at top speeds because of throttling. In many such cases, the GPU is actually the bottle neck, and the Eve V works around that limitation by connecting to an external one. 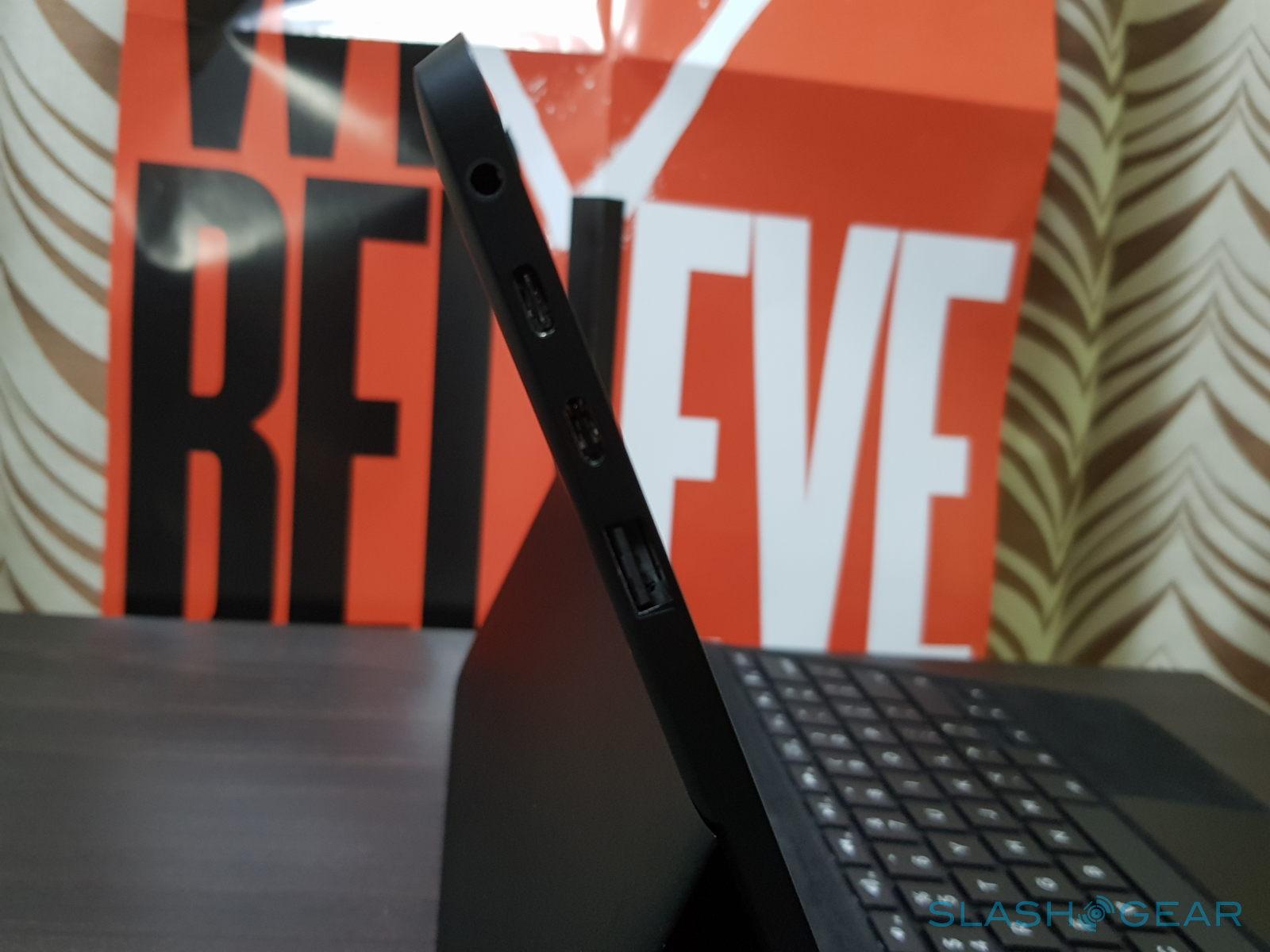 Its keyboard works whether attached or not

One of the compromises with 2-in-1 computers is the keyboard. Either you have one or you don’t, and never at the same time. Convertibles like the Lenovo YOGA have a permanently attached keyboard that permanently adds to the heft and thickness. Detachables like the Surface Pro can remove theirs but, once gone, you’re at the mercy of the touch screen.

The Eve V has a rather ingenious solution. Its keyboard cover connects through pogo pins when connected physically to the Eve V but acts like a Bluetooth keyboard when detached. You can, then, have the best of both worlds, perfect for digital artists who need to have their keyboard shortcuts handy but don’t want the keyboard to be in the way of the screen. 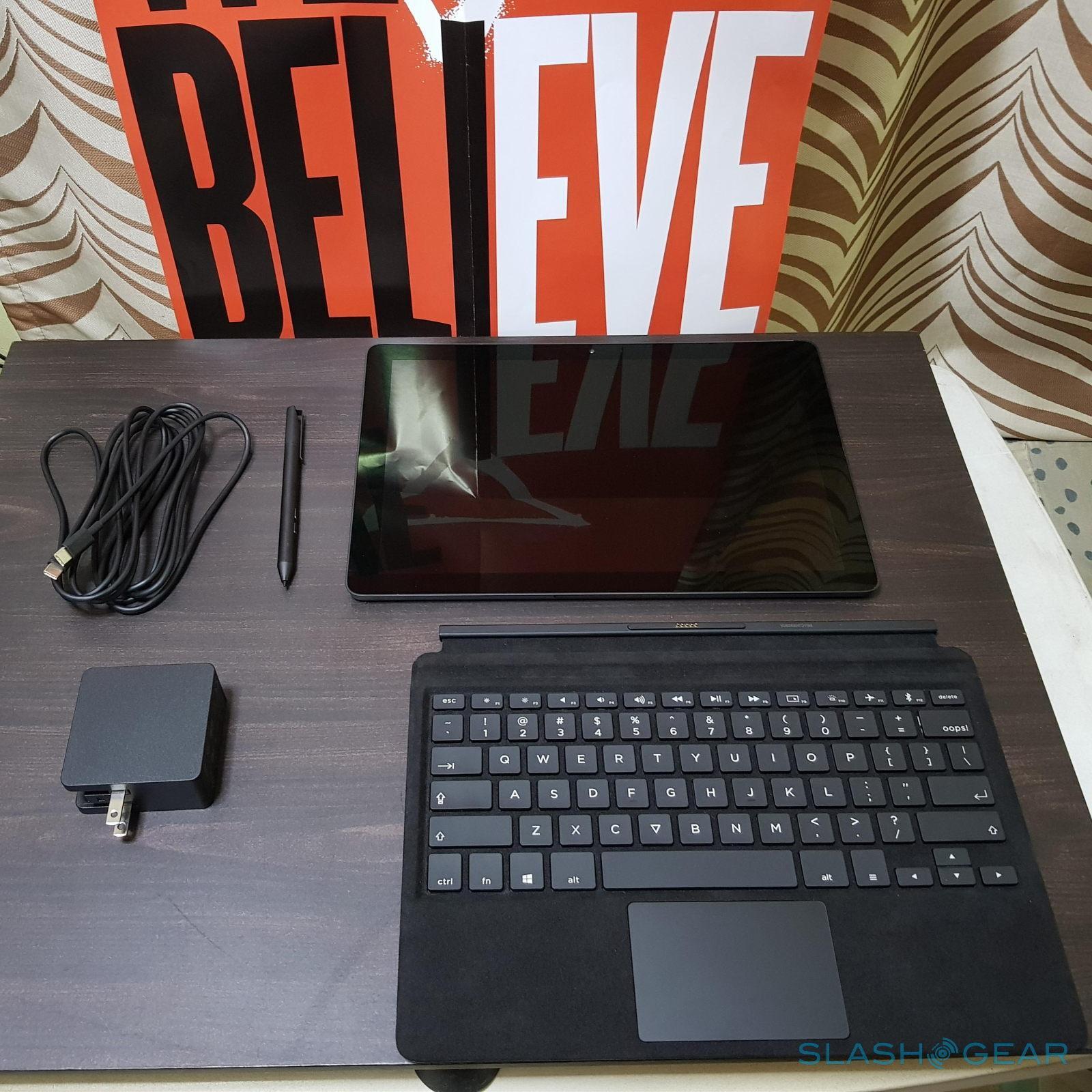 Early believers and backers of the Eve V will soon experience first hand if the Eve V will indeed be able to deliver on its promise. The rest of the world will have to wait a bit longer. On December 4 at 2 PM GMT (9 AM ET/6 AM PT), the Eve V will go on a flash sale. The company hasn’t yet revealed just how long the sale will last or how many units are up for grabs, but those could soon be gone quickly, if you see their prices. 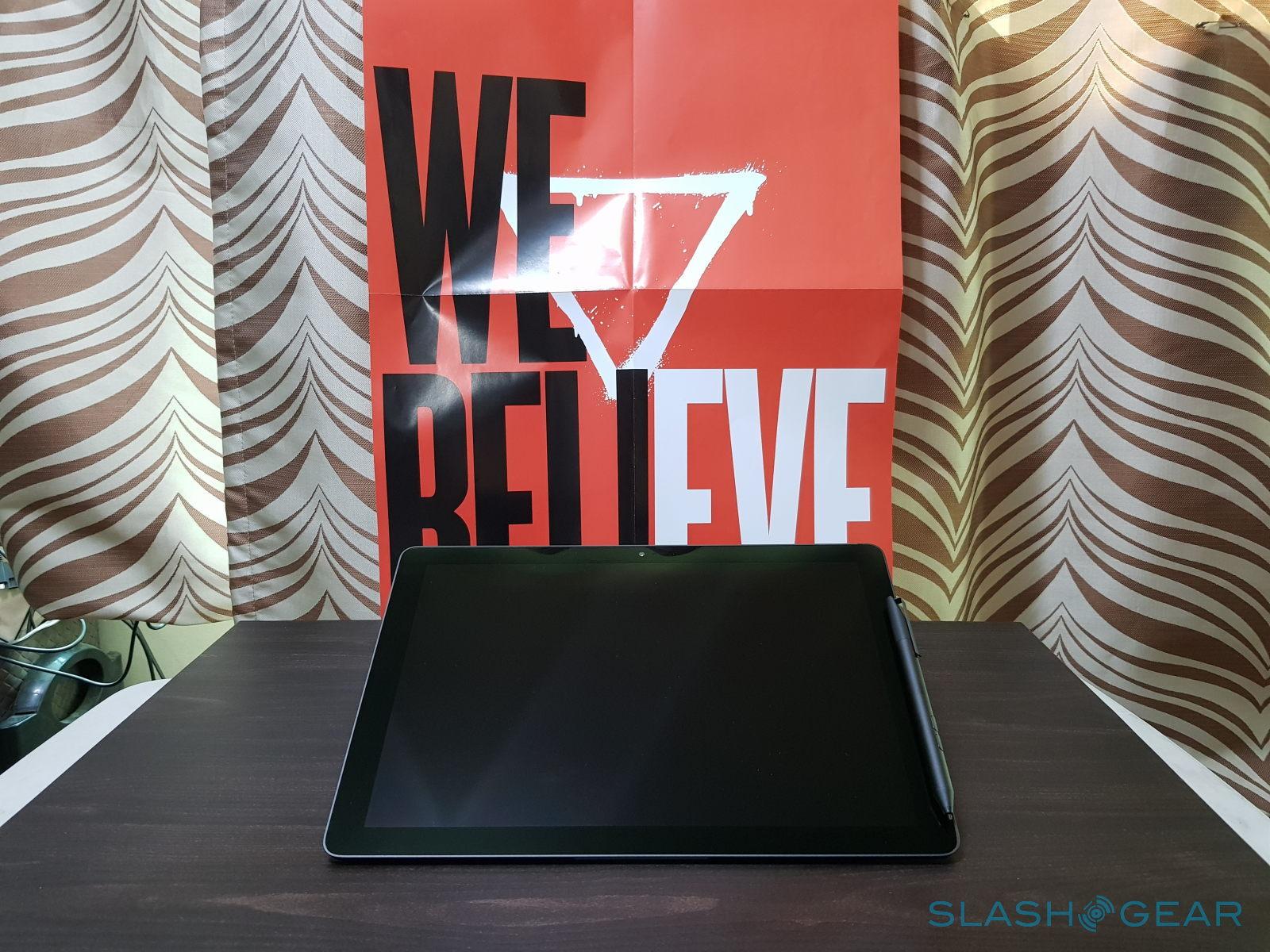 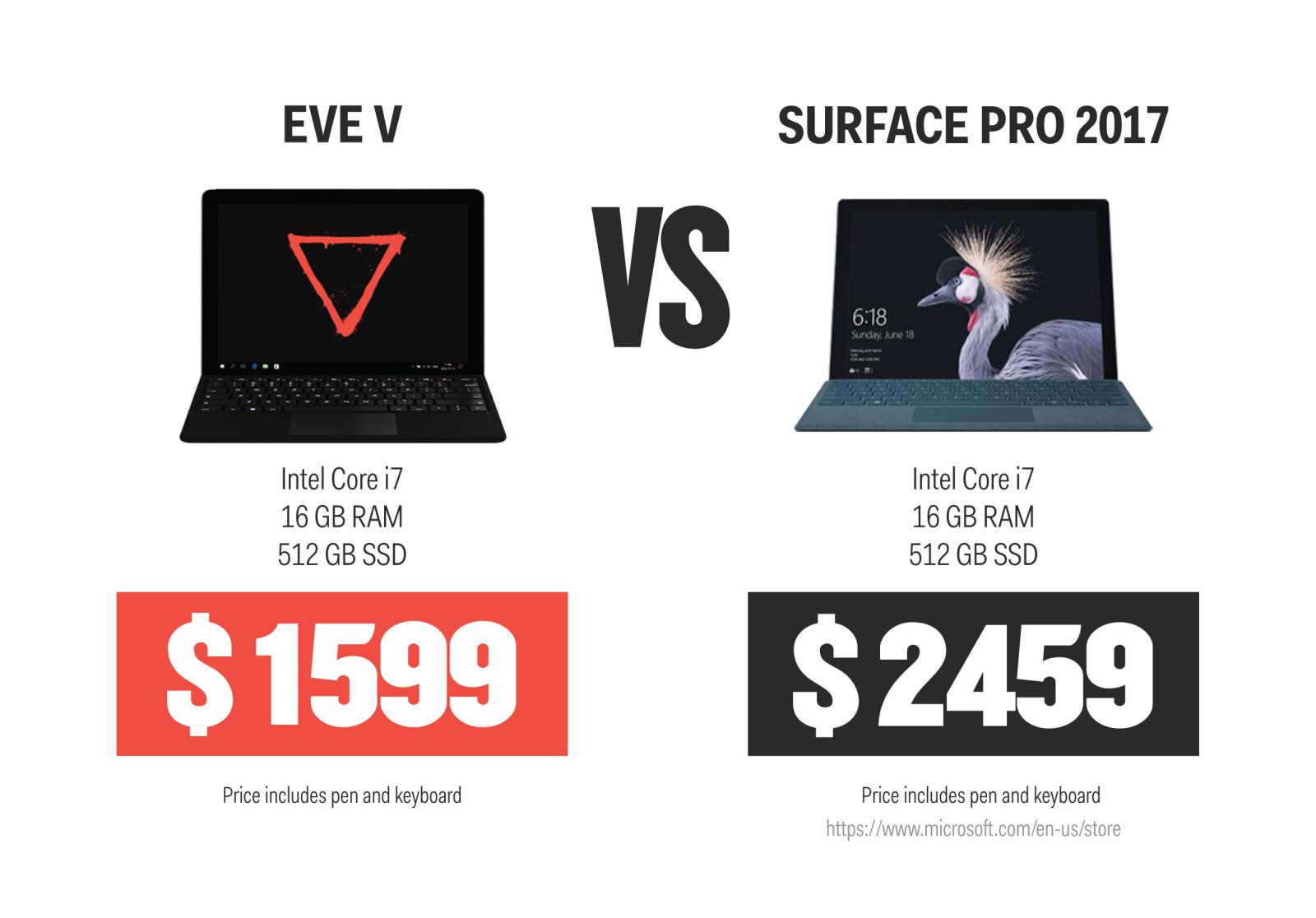 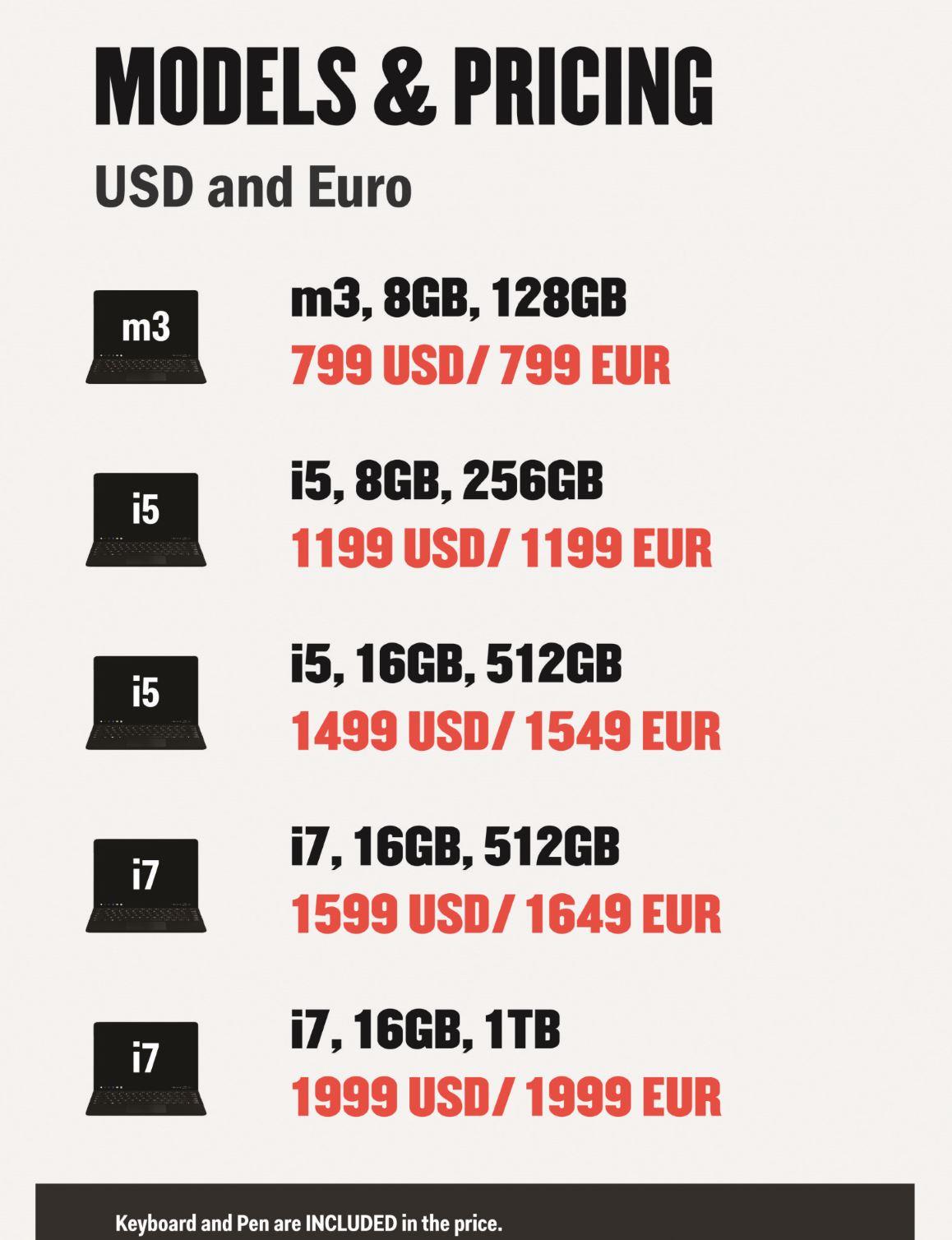