The ESO has announced that observations made using its Very Large Telescope have shown for the first time that a star orbiting the supermassive black hole in the center of the Milky Way moves as Einstein predicted. According to the ESO, the star that’s orbiting the blackhole moves just as predicted by Einstein’s general theory of relativity. The orbit of the star is shaped like a rosette and not in an ellipse as predicted by Newton’s theory of gravity.

The scientists say that this is a long sought-after result that was made possible by the increasingly precise measurements over nearly 30 years. The star in question is located 26,000 light-years from the sun. The dense cluster of stars around Sagittarius A gives scientists a unique laboratory for testing physics in an otherwise unexplored and extreme area of gravity. 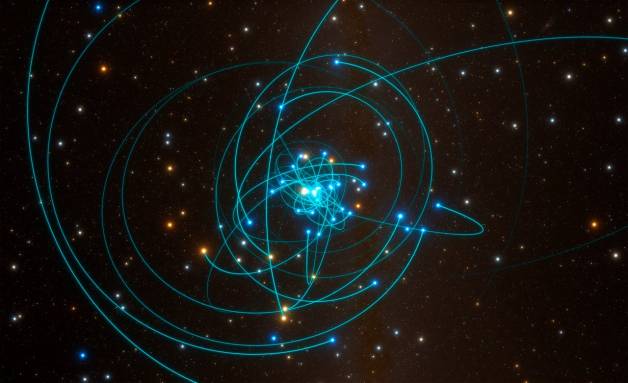 Most stars and planets have non-circular orbits and move closer to and then further away from the object they are rotating around. S2 has an orbit that precesses, meaning that the location of the closest point of the orbit to the supermassive black hole changes with each orbit. Each orbit is always rotated in regard to the previous one creating a rosette shape.

The ESO says that over 27 years of observing S2, it has over 330 measurements in total looking at the star’s position and velocity. The scientists are looking forward to observations using the upcoming ESO Extremely Large Telescope that they hope will give them information on fainter stars that may be orbiting even closer to the supermassive black hole.