The ESA has been running its Gaia mission for a while now and that mission has produced what is hailed as the “richest star catalog to date.” The star catalog has precision measurements of about 1.7 billion stars and has given us new details that have never been seen before of our Milky Way galaxy. The images here are the result of 22 months of charting the sky.

The data provided by the ESA includes positions, distance indicators and motions of over a billion stars. Data also includes high-precision measurement of asteroids within our Solar System and stars beyond the Milky Way Galaxy. Early analysis of the data has offered up details about the makeup of our galaxy, how stars move, and information about the formation and evolution of the galaxy.

The ESA launched the Gaia mission in December of 2013 and science operations started in 2014. The first data from the mission based on a year of observations was published in 2016. That data had information on two million stars. Data in this new release covers July 25, 2014, to May 23, 2016.

The ESA says that the level of precision in its measurements of some of the brightest stars in the survey equates to begin able to see a Euro coin lying on the surface of the moon by an Earth-based observer. The accuracy has allowed scientists to separate the parallax of stars, which is an apparent shift on the sky that is caused by the Earth’s orbit around the sun, from the true movements of the stars in the Galaxy.

Data lists the parallax and velocity across the sky or proper motion of more than 1.3 billion stars. Scientists have said that this data makes them feel like we are starting a new era of Galactic archaeology. The coolest part of this data for most folks will be the fantastic images of our galaxy that have resulted. 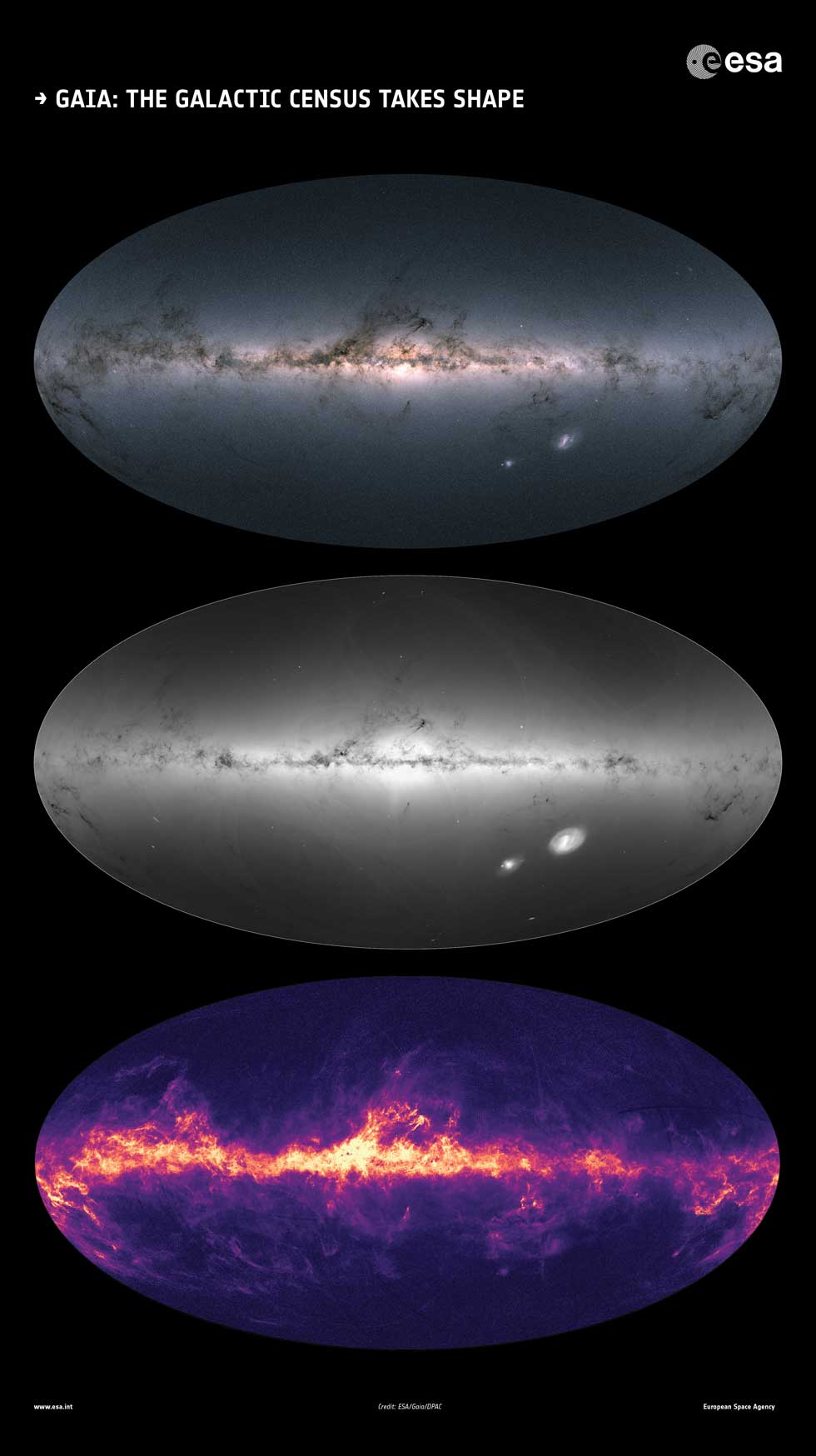