One mission study was to perform a preliminary scout of entry pits and underground caves from the moon’s surface. Another was to lower a probe into a pit and access the first part of the cave. The third was to explore an underground lava tube using an autonomous rover. The ESA says that the studies were very different in topic and approach, and they all provided insight into potential technologies for exploring and investigating lunar subsurface geology.

The ESA is working to bring the ideas together with other ESA lunar exploration initiatives. The agency says a combination that would give a maximum scientific return combined the teams behind two of the studies. Studies from the University of Wurzburg and the University of Oviedo are selected to participate in the ESA Concurrent Design Facility study. Both will focus on the second mission scenario of lowering a probe into a pit to access the first part of the cave. 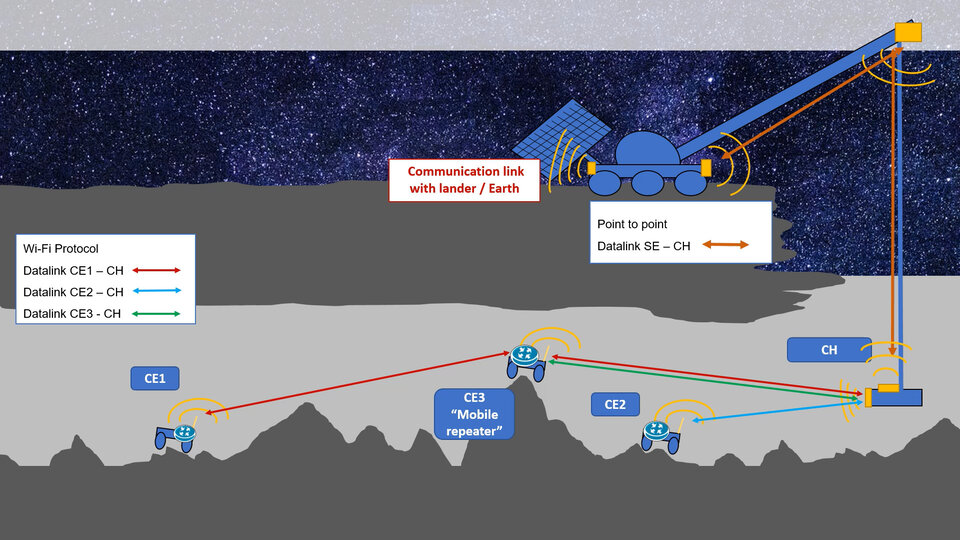 The technologies the teams have developed would allow safe exploration and documentation of the lunar pit, along with a first glimpse inside the tunnels the pit may lead to. The CDF study integrating the results of the other two studies began this week and is planned for the ESA European Large Logistics Lander and Moonlight initiatives. The European Large Logistics Lander mission is designed to enable a series of ESA missions to the moon. The Moonlight initiative aims to bring navigation and telecommunications capabilities to lunar exploration.

The missions being worked on are exploring the concept of lowering a probe into a pit using a tether and would be named Daedalus. It would be a compact spherical probe featuring 3D lidar and stereo vision cameras able to move independently. The goal would be to create a 3D model of the inside of a lava tube.