The European Space Agency has revealed that it is working with NASA to help it analyze a sample collected from a lunar landslide during the Apollo 17 mission in the early 1970s. The work will help shed light on aspects of the Moon using technologies that weren’t available when the sample was collected, as well as determining whether this method of sample collection and storage was effective for preserving the sample.

The ESA detailed its work with NASA on this effort late last week, explaining that one part of the Apollo 17 Moon sample has already been opened and that there are plans to open the second half of it in the near future. The samples were collected in 1972 from a landslide on the Moon’s Taurus-Littrow Valley, specifically from a ‘prominent’ deposit caused by a landslip.

In order to get the samples, astronauts hammered a 27.5-inch cylinder into the surface in order to pull out a core of the material. While on the Moon, the astronauts split this core into two different samples, the lower half of which was vacuum-sealed in a container, sent back to Earth, and then double-sealed in yet another vacuum container for extra security. 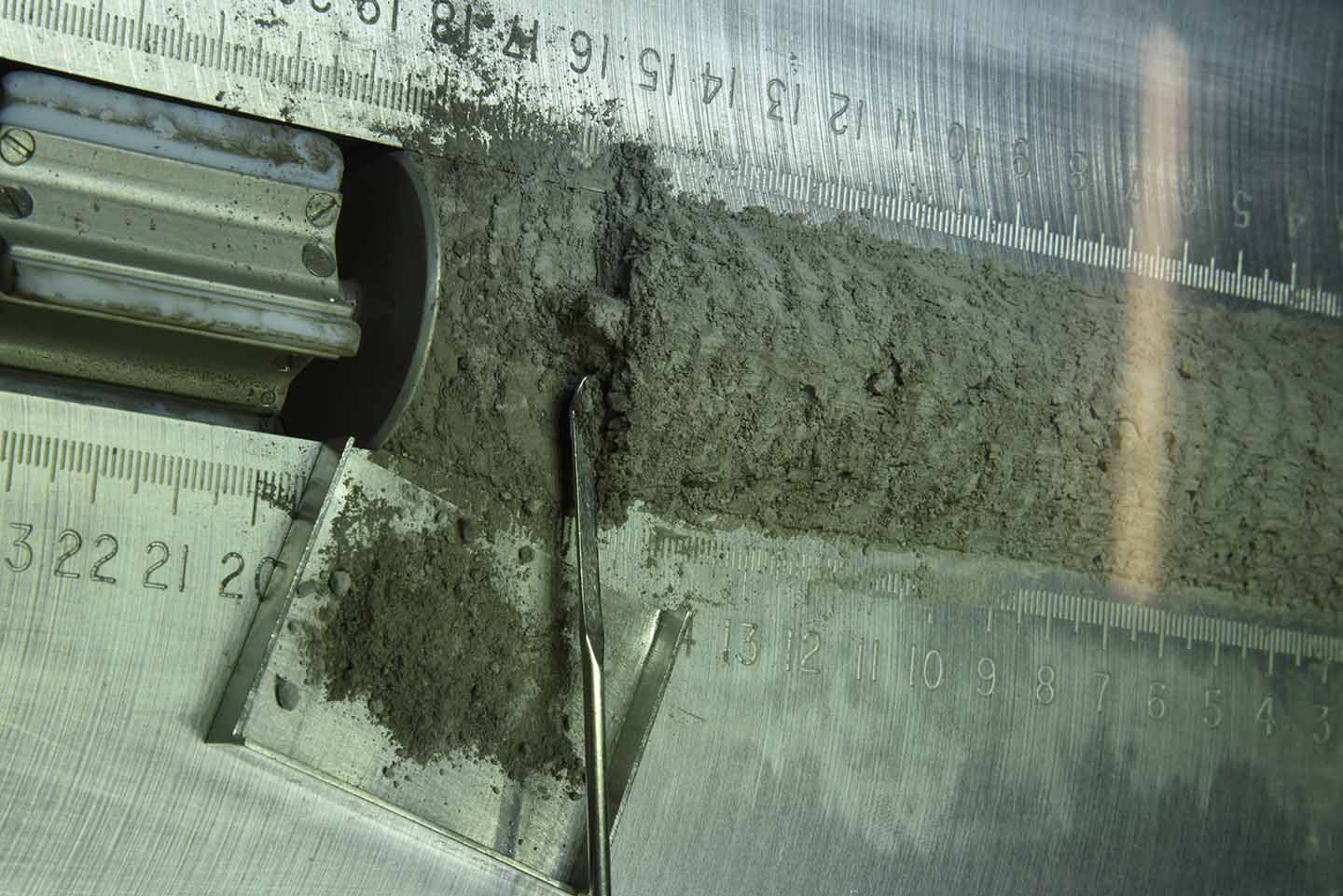 The lower half of the core sample is thought to potentially have volatiles like hydrogen and carbon dioxide because it most likely reached the lunar subsurface region that was cold enough to trap these gases. The NASA Astromaterials Curation Team has been responsible for the stored sample in the decades since its collection.

For its part in this effort, the ESA says that it has engineers and scientists working with NASA’s Apollo Next-Generation Sample Analysis (ANGSA) program under the Consortium for the Advanced Analysis of Apollo Samples. ESA Research Fellow Francesca McDonald traveled to the Johnson Space Center back in December to help split the upper half of the core sample into subsamples, according to the ESA.

Going forward, the space agency says that its team is working with ANGSA experts to help design a new tool that will be able to capture any gases that may be released when the lower half of the core sample is finally opened. The resulting data will help shed light on what takes place on the lunar surface, particularly what may have caused the landslide to happen.