There is an oft quoted (or misquoted) line about how life imitates art more than the other way around. In some cases, when art is expressed in a fantasy, futuristic form, that is almost impossible. Three different but connected companies, however, are going to team up and bring their unique specializations together to make life indeed imitate art. In this case, that means bringing the robotic, augmented limbs depicted in the Deus Ex game franchise to reality. Which may or may not be a smart idea, depending on which side of the transhumanism debate you stand on.

The very first Deus Ex game was hailed for how it defied established tropes and stereotypes common in many first-person games of that period, allowing players to choose non-violent ways to resolve problems and giving birth to what would later be labelled as “emergent gameplay”. The most recent and upcoming installments, Human Revolution and Mankind Divided, are, in turn, being recognized for spurring debates and discussions about transhumanism and robotics, a topic that is fueled by the rise of AI and robots today, both in reality and in fiction.

For better, or maybe for worse, three companies are working together to actually make some of Deus Ex’s technology more than just science fiction. In doing so, they might actually also hasten the rather dark future that the games depict. We’re talking about prosthetics here, but not just your run of the mill limb replacements. These will be arms and hands that will look, and hopefully function, like objects straight out from the game’s hi-tech world. 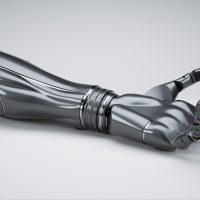 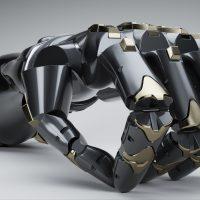 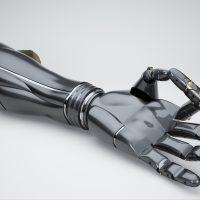 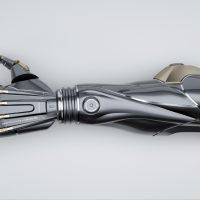 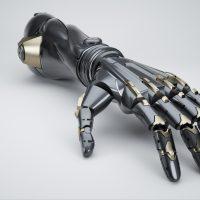 Eidos Montreal, the hands behind the Deus Ex games, will be providing the visual design and concepts for the augmented prosthetics. For example, the “Adam Arm” is an obvious reference to protagonist Adam Jensen, who has both arms replaced by robotic equivalents. These serve as the inspiration for real-word prosthetics to be developed by Open Bionics. The goal is to create prosthetics that are not only functional but also great to look at.

Razer, on the other hand, will be involved in a sort of “retail” capacity. Specifically, its Stargazer camera and motion tracking technology will be used in helping would be users of such prosthetics to “try out” the arm or hand in a virtual setting. It would allow them to immediately see how the new body part would look like as if they were already attached.

“A lot of our work is in advanced ergonomics and the study of the human form,” said Razer CEO Min-Liang Tan. “Our ergonomics and human factors scientists are probably some of the best in the world, and this is a phenomenal opportunity for us to give back.”

As a bonus, Eidos Montreal and Open Bionics will practically be giving away the blueprints and designs for free. This would allow anyone with the resources to replicate their work and augment them. Maybe it will only be a matter of time before some corporation does take that design and commercialize augmented arms, hands, legs, and feet, finally bringing Deus Ex’s future to the present.