Edible gelatin fibers may be the key to growing realistic meat

Lab-grown meat holds a lot of promise for the future of food production, but there’s one very big problem: texture. Because cultured meat is grown in a lab rather than sourced from animals, the muscle tissue that results is fairly different, resulting in an unrealistic texture that many people may find less than palatable. A newly detailed edible scaffolding may offer the solution.

Lab-grown meat is exactly what it sounds like — muscle cells that are grown in a lab, where they’re eventually harvested as edible food. The technology is paving the way for a future where meat may be produced without the animal suffering and environmental cost of present-day factory farming. 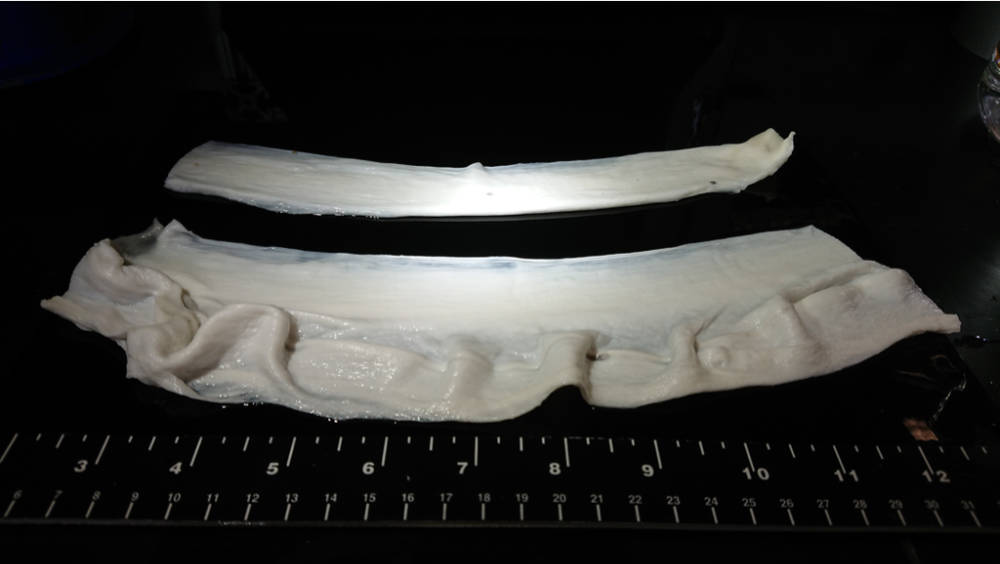 Beyond solving the problem of mass production and cost, scientists also have to develop a way to make lab-grown meat have a realistic texture if they want consumers to accept it. Some proposals have been put forth over past months, including one that would involve a soy sauce solution designed to cause the lab-grown meat to twitch.

An alternative to that developed by researchers at Harvard University isn’t quite so unusual: it involves edible gelatin fibers that form a scaffold structure upon which the lab meat will grow. This scaffolding would be similar to the extracellular matrix that essentially ‘glues’ muscle tissue together, giving it that distinct meaty texture.

The edible gelatin fibers were tested with cow and rabbit cells, resulting in real meat that grew in long, thin structures, according to the researchers. Though the final product lacked the number of muscle fibers found in natural meat, the team found that the textures between the two were similar. Additional work may focus on increasing the number of muscle fibers, as well as tailoring the texture and flavor, among other things.