eBay comes to Apple Watch with bid notifications and more

Not one to be left behind on the recent Apple Watch app craze, internet commerce giant eBay has just announced its own app for Apple’s new wearable. eBay‘s new smartwatch app won’t allow for users to search for and place bids on items, thankfully, but it does aim to provide both buyers and sellers with useful updates and alerts on marketplace items. This follows similar smartwatch apps from the company for devices like Pebble and Samsung Galaxy Gear.

eBay on the Apple Watch presents users with four primary functions: Activity, Watching, Buying, and Selling. These are pretty self-explanatory, and tapping on one offers a list of items with the most important details, including the time left on an auction, the number of bids, and the current bid. Buyers can get notified of items ending soon, while sellers can see a 30-day history of the revenue earned on sold items. 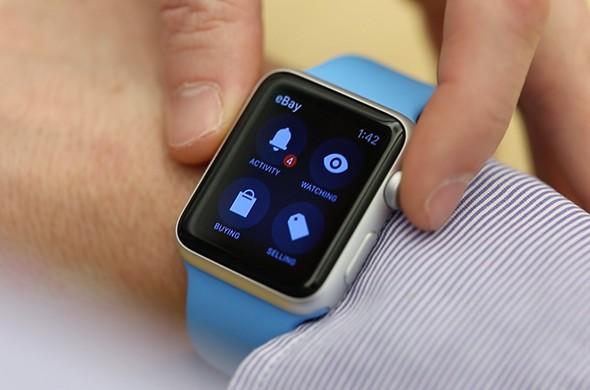 The Activity section collects the most important and timely alerts, such as messages about being outbid for buyers, and messages from customers for sellers. Sellers will also have options for quick replies, allowing them to dictate a response to a message. eBay says there are a total of 28 different types of notifications within the four sections, plus summaries in a Glance view.

eBay’s senior product manager for mobile devices has said they want their Apple Watch app to be “relevant to users and not obnoxious,” and it sounds like they’ve done a decent job. No one is going to want to search and place bids from their wrist — that’s what the smartphone is for. But having quick access to updates about items is much more useful. The Apple Watch app is hitting the App Store today as part of updates to eBay’s iPhone and iPad apps.