Dyson made Glass-like wearable in 2001

Google Glass may be the most notable pair of smartglasses currently in existence, but it certainly wasn’t the first. While various manufacturers have tried their hand at creating a reality augmenting handset, one of the most unlikely among them was Dyson, best known for its vacuum cleaners.

The wearable was called the Dyson Halo, and with it came all the trimmings you’d find on a modern pair of smartglasses, albeit in a larger and clunkier capacity: microphone, ear speakers, a small glass positioned near the eye, voice commands, and even a gyroscope for “pinning” objects using head movements. 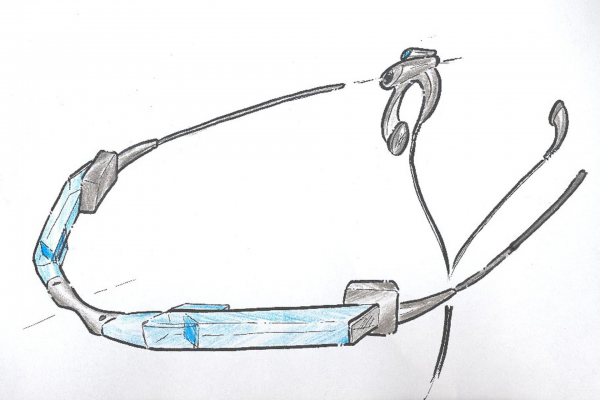 Some of its features included a keyboard projected upon a surface like a desk in front of the wearer. The work, done by a team formed back in 2001 and since disbanded, has found applications in other areas in the company, despite the device never coming to fruition.

The headset’s downfall at the time was the limitations in technology — a computer designed to be mounted on a belt had to be connected to the headset alongside a phone, and a power pack to keep it all running also had to be toted around.