There was almost a Duke Nukem: Critical Mass game released for the PlayStation Portable, and very few knew about it until today. The Library of Congress unearthed the game on a DVD, and discussed it today on the LOC blog.

The discovery was discussed today by David Gibson, a Library of Congress technician who discovered the game. While working on inventory “several months ago,” Gibson says he found a DVD-R that had the label “Duke Nukem: Critical Mass (PSP)”. Beyond this, it also read, “Authorship: Entire video game; computer code; artwork; and music.” 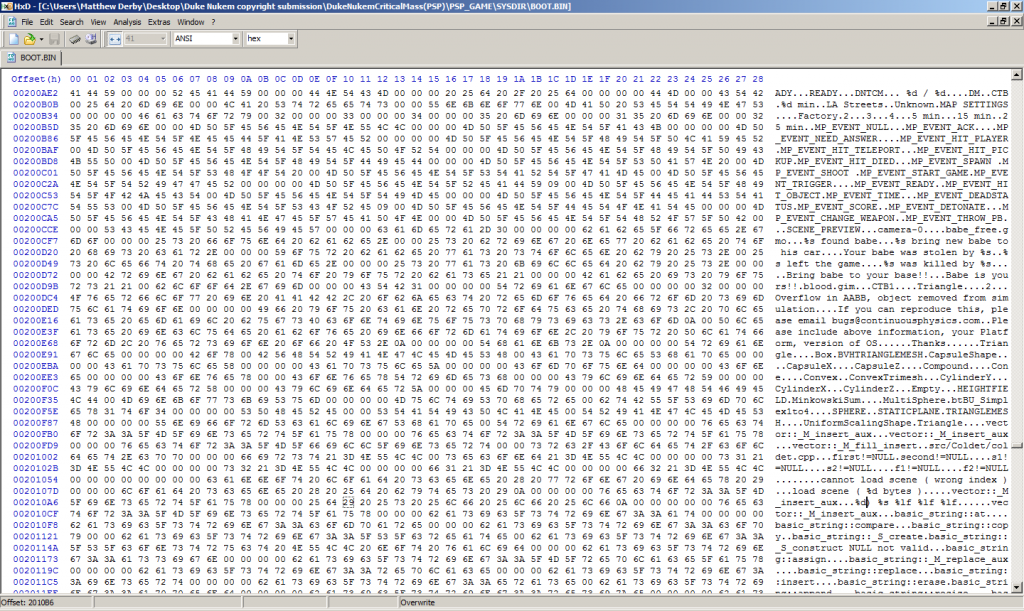 Interested by this, Gibson put the DVD into his computer and found that it contained a file directory of “every asset used to make up the game” — he ultimately found that it the DVD was the source disc for authoring a UMD of the never-released PlayStation Portable game.

Gibson goes on at length explaining how he and a colleague managed to access the proprietary files, including some animations such has the header image above. Ultimately, the disc now resides in a temperature-controlled LoC vault, and is said to be “a true digital rarity”.