QuakeCon 2018 is officially underway, and perhaps the biggest part of Bethesda’s keynote address was the reveal of DOOM Eternal gameplay. We were first introduced to the game back at E3 2018, but what was announced then amounted to nothing more than a teaser. Today, however, we received our first real look at the game, and it’s looking just as gruesome and action-packed as the game that preceded it.

Bethesda said today that there are twice as many demons as there were the last time, and a number of the enemies from DOOM 2 are being updated for this game. The DOOM Slayer is in for some upgrades of his own, and Bethesda showed off art for some of the weapons he’ll be able to use in Eternal. These include the Ballista, which fires an exploding bolt into enemies, and the Super Shotgun, which comes with a blade called the “Meat Hook” attached to the barrels. 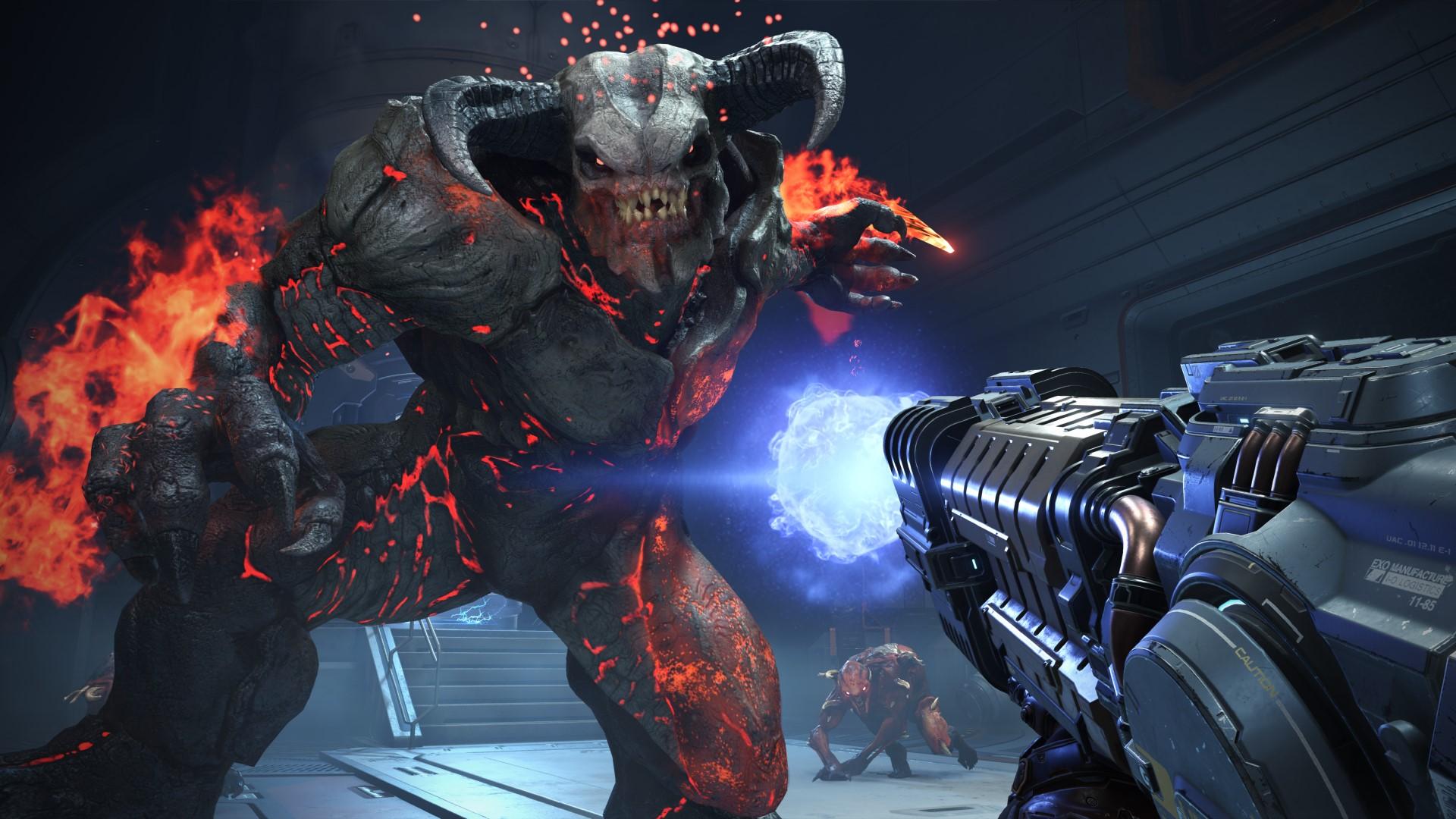 Thought it was neat to see concept art and weapons from the game, it wasn’t long before Bethesda jumped into gameplay. The demo we saw partly takes place on an Earth that has been overrun and ravaged by the forces of Hell, so expect to be fighting in cityscapes that have been completely destroyed and buildings that have been covered in demonic growths.

If you played 2016’s DOOM, then you know what to expect from Eternal in terms of gameplay. The DOOM Slayer is a demon killing machine, and he goes pretty hard in this gameplay demo, slaying demon after demon in brutal style. DOOM made a name for itself with gunplay that felt powerful and controlled well, so it looks like we can expect more of the same in Eternal. 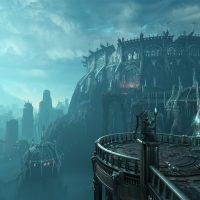 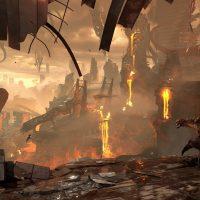 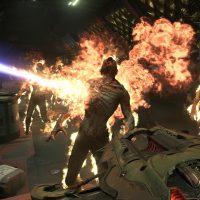 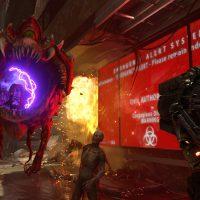 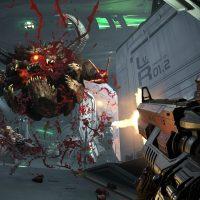 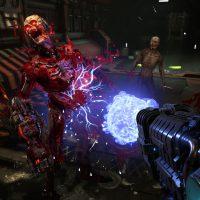 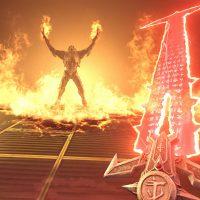 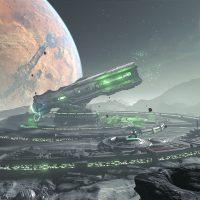 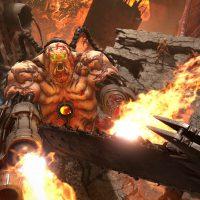 One interesting thing about DOOM Eternal is that it will allow players to take over demons and “invade” another player’s game. People playing as demons will even be able to team up to take down the DOOM Slayer, which is a pretty interesting twist on what has traditionally been a single player franchise. DOOM Eternal will be launching on PS4, Xbox One, PC, and Switch – there’s no official release date yet, but we’ll let you know when one is announced.