There are several 3D scanners on the market today that you can buy already put together, but those devices can be very expensive to purchase. A new 3D scanner has turned up that is a DIY device that you build yourself. The Atlas is designed to be inexpensive to build and to offer high resolution scanning and to do so it uses a cheap Raspberry Pi for the brain.

Atlas illuminates an object placed on its turntable with laser light and uses 3D triangulation to generate a point cloud for each location where the laser hits the model. The neighboring points are then connected as triangles to form a 3D model of the object. 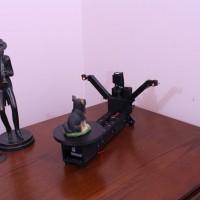 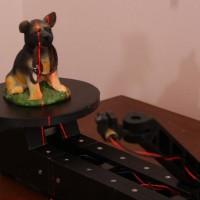 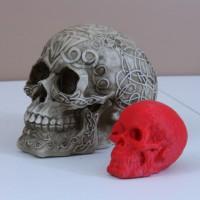 Once scanned, the 3D models can be imported into software like Meshlab to make the scans print ready for use by 3D printers. The software of the Atlas runs on the Raspberry Pi and no software or drivers are required for the device to operate. Communication between the scanner and the computer is done via a web browser across the home network.

Atlas scans in color, has a detail resolution of 0.25mm, and can have up to 6400 steps per rotation. Scan speed is 12 minutes and up depending on the detail. Objects up to 6×6-inches can be scanned and the big feature is that the Atlas sells for $209 compared to thousands for some comparable models. Atlas is on Kickstarter seeking $3,000 and has raised over $152,000 with 11 days to go. The Atlas will ship in June 2015.