Disney is reviving Star Wars: The Clone Wars for its Netflix rival

When Disney took over Lucasfilm, there were a lot of casualties in the expanded Star Wars universe. Perhaps the casualty that hurt the most was Star Wars: The Clone Wars, an animated series on Cartoon Network that had just wrapped up season five when Disney took the reins from George Lucas. Instead of giving the show a proper ending, Disney decided to quickly cancel it, later releasing a series of “Lost Missions” on Netflix.

Those Lost Missions were nice to see, but of course, they didn’t provide the tidy wrap up fans were hoping for. Just when it seemed like The Clone Wars was going to remain unfinished forever, Disney has announced that the show is coming back. In an announcement at San Diego Comic Con, Disney revealed that The Clone Wars will return for 12 more episodes, sharing a poster and a new trailer alongside the reveal.

“The Clone Wars ended after five broadcast seasons — just as Ahsoka left the Jedi Order,” Disney’s announcement on the official Star Wars site reads. “A few post-Season Five episodes were later released as ‘The Lost Missions,’ but the story wasn’t over. Fans have clamored for Disney and Lucasfilm to finish what was started ever since. And now it’s actually happening.” 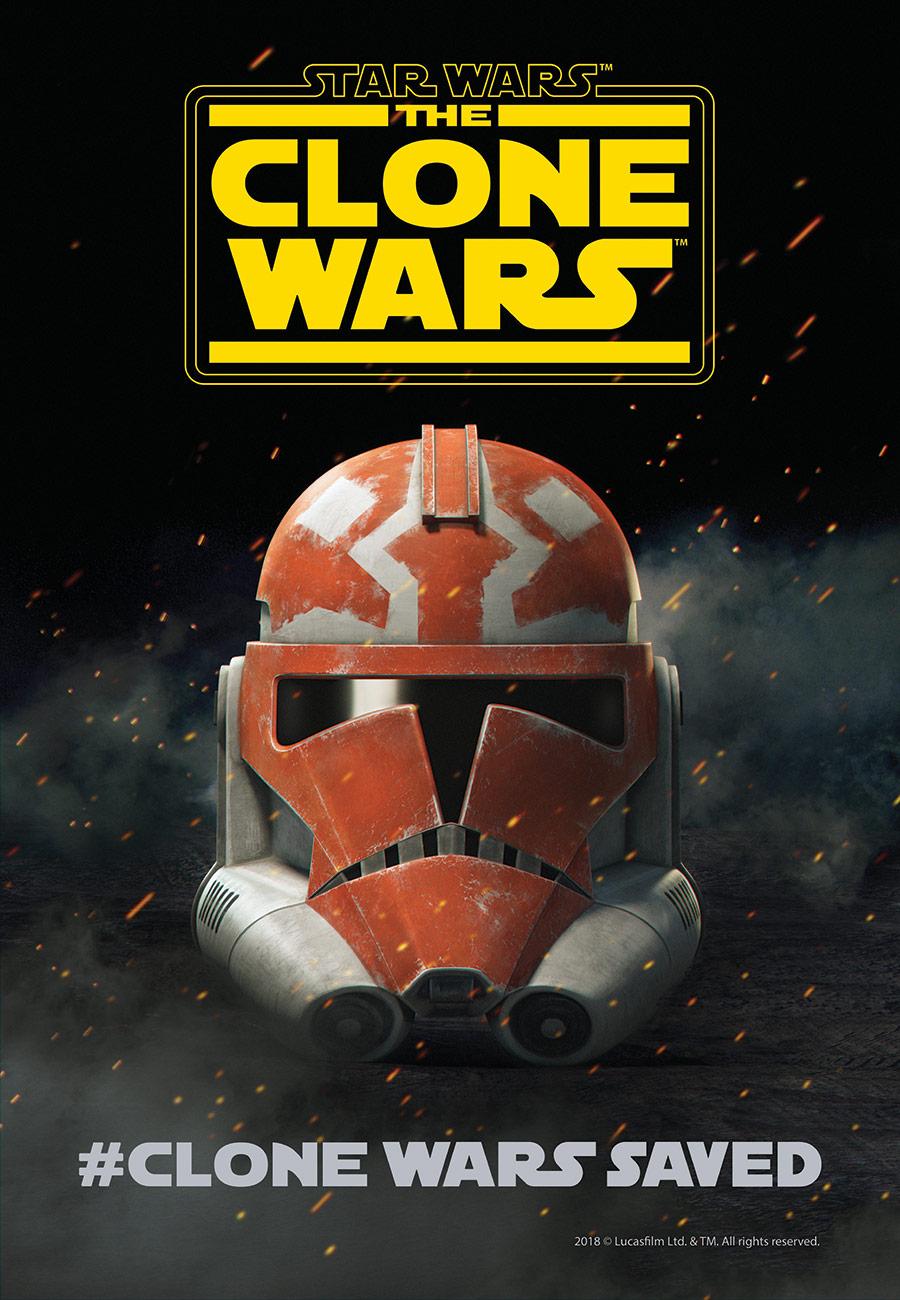 Supervising director Dave Filoni will be returning for these additional twelve episodes, and at the moment, it’s unknown if these are indeed the final episodes of the series. In a brief interview with Disney, Filoni says that this is an opportunity to “put the final pieces of the story in place,” which seems to suggest that they are. If The Clone Wars‘ return proves popular with viewers, there’s always the possibility that Disney will keep the revived series going.

That’s especially true when you consider that the sixth season of The Clone Wars will be broadcast on Disney’s upcoming streaming service, likely exclusively. If The Clone Wars can drive significant traffic to Disney’s budding Netflix competitor, then it’s easy to see a future where Disney continues with production as a way to tempt long-term subscriptions out of users. We don’t know when these new episodes will premiere, as Disney’s streaming service doesn’t have a launch date just yet, but hopefully we’ll have more information soon. Stay tuned.