As with many chatting services, popular platform Discord has seen a huge uptick in the use of its service. Amid that increased usage comes a new update that improves the quality of voice chats in particular by reducing background noise. As of Friday, Discord is home to a beta noise suppression feature offered in partnership with a company called Krisp.ai.

Being able to voice chat with friends and family during quarantine is a great thing, but unwanted background noise isn’t. These sounds can come from anywhere: pets, other people, nearby cars, TVs, keyboards, a bag of chips, and more. Depending on the microphone in use, this noise can be unbearable, making it difficult to participate in a conversation. 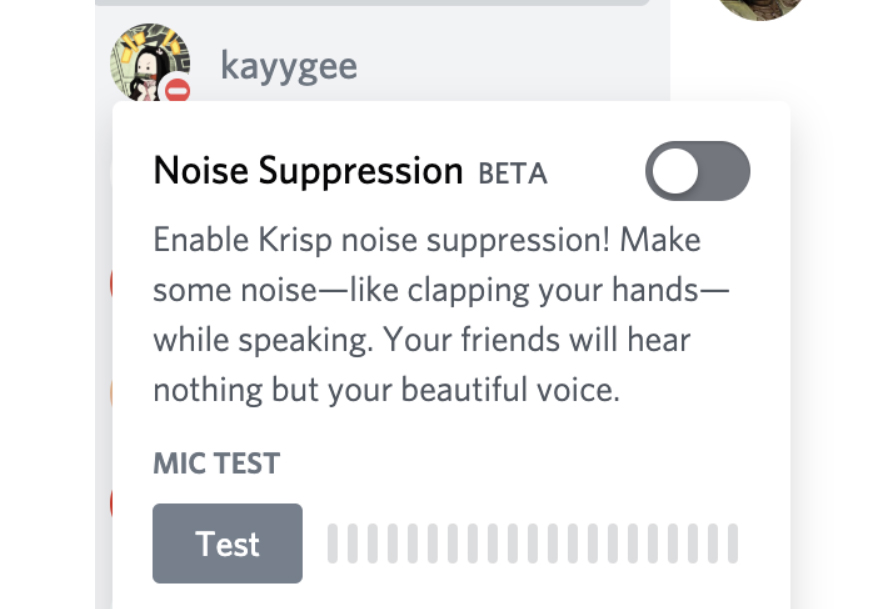 That’s where noise suppression comes in. With this feature, according to Discord, the technology detects unwanted ambient sounds and strips away the noise. This enables the people on the receiving end to hear only the words you speak without random car honks and dog barks.

Discord is careful to note that Krisp runs on your device, meaning you don’t have to worry about audio being saved and transmitted to any remote servers. All desktop users should be seeing this beta feature starting today, April 10, according to the company, which says it is still in its early stages of development.

Improvements are still being made, but users can enjoy what has been developed by this point. Discord users will eventually get access to the noise suppression feature on mobile, as well, though it’s unclear when that expansion will happen. You’ll see a new Noise Suppression setting appear with a toggle switch during voice chat.