The strike likely unleashed billions of tons of sulfur, blocking the sun and ensuring the nuclear winter that killed the dinosaurs and 75% of life on Earth 66 million years ago. The new simulations were drawn from 3D numerical impact simulations and geophysical data from the site of the impact. Researchers note that the new models are the first-ever fully 3D simulations to reproduce the whole event from the initial impact to the moment the final crater was formed.

The lead researcher on the project says that for the dinosaurs, the impact was the worst-case scenario unleashing “an incredible amount” of climate-changing gases into the atmosphere. The impact triggered a chain of events that led to the extinction of the dinosaurs and was worsened by the fact that the asteroid struck at the worst possible angle.

Simulations used a 17 km diameter asteroid with a density of 2630 kgm3 and a speed of 12 km/s. The crater is located near present-day Mexico, and the upper layers of Earth around that contain high amounts of water along with porous carbonate and evaporate rocks. Those rocks would’ve decomposed on impact sending vast quantities of carbon dioxide, sulfur, and water vapor into the atmosphere. 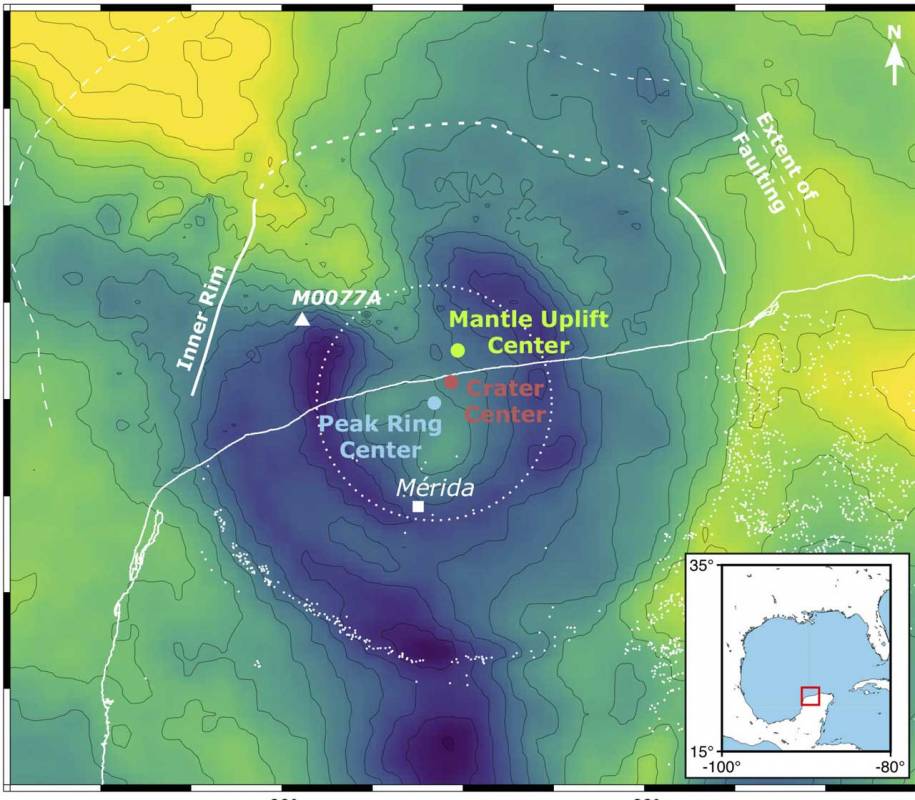 The sulfur was particularly hazardous as it rapidly formed aerosols that would’ve blocked the sun’s rays, halting photosynthesis in plants and rapidly cooling the climate. Data on the angle of the asteroid impact was taken directly from the creator itself.