Square Enix definitely has a new-found obsession for turning its franchises into “turn-based puzzle games”, a.k.a. board games. Perhaps emboldened by the success of Hitman GO and Lara Croft GO, the game publisher is giving the same treatment to another major title: Deus Ex. Capitalizing on the upcoming launch of Deus Ex: Mankind Divided, Deus Ex GO will cater to mobile gamers who might not have that much time or resources for a full on Deus Ex game but still want to be immersed in the fictional cyberpunk universe of the game.

To some extent, just like Lara Croft, Deus Ex does fit quite nicely into a turn-based puzzle game genre. Although the earlier installments of the game does allow for more violent gameplay, the game itself is open to many ways of solving a problem, some of which don’t involve going on a killing spree. Stealth, espionage, hacking, and sometimes even just talking are all valid ways to the same end game.

Those playing styles all factor into Deus Ex GO as well, where the unique third person, turn-based mechanic makes those elements even more essential. Details on the game’s plot are sparse at this point but fans of Square Enix’s other “GO” titles will most likely be familiar with how the puzzles go (no pun intended).

Visually speaking, Deus Ex GO differentiates itself from both other GO games as well as the main Deus Ex titles, particularly Mankind Divided. True, you will still control protagonist Adam Jensen, but the world is presented in what is described to be a stylized version of the game world. Paths that branch out like circuit lines, triangles, and hexagons all give the game a futuristic, cyberpunk atmosphere. 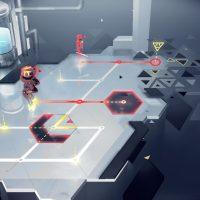 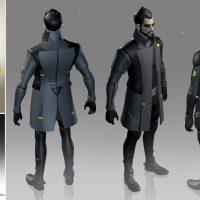 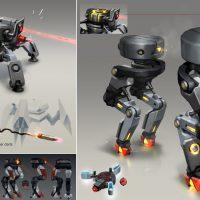 There is no hard date yet for the launch of Deus Ex GO aside from a Summer target. Shortly after launch, Square Enix plans on releasing its puzzle creator to encourage user-created content. In the meantime, those who haven’t yet experienced the GOs are invited to jump in with a special 25% GO Collection discount.

Now that most of Square Enix’s major titles have their GO versions, maybe it will only be a matter of time before we get a Final Fantasy GO as well.