The trend in computers, even among desktop users, has been to shrink the PC and even make it disappear. For desktops, that has usually meant either a mediocre box that sits visibly on your desktop or an all-in-one PC that locks you to a specific configuration or at least a specific screen. Dell, however, may have something a bit ingenious in mind. Its new OptiPlex 7070 is described as a zero-footprint computer and it accomplishes that by hiding its parts inside a monitor stand that can hold any monitor in the market.

In a way, it is like a cross between mini PCs and AIOs. On the one hand, the PC itself is practically invisible because it hides inside the only visible structure on the desk. On the other hand, it’s a stand that can attach to any monitor that supports the VESA standard or Dell’s own monitor arms.

The idea is that you can upgrade the monitor or the PC separately, just like a regular tower desktop. Whether you want a conventional monitor or a flexible, movable one, you have the freedom to choose and change your mind later on. You might not have much options when upgrading the PC side of things but, unlike a mini PC box, the OptiFlex 7070 Ultra has some forward-looking compatibility. 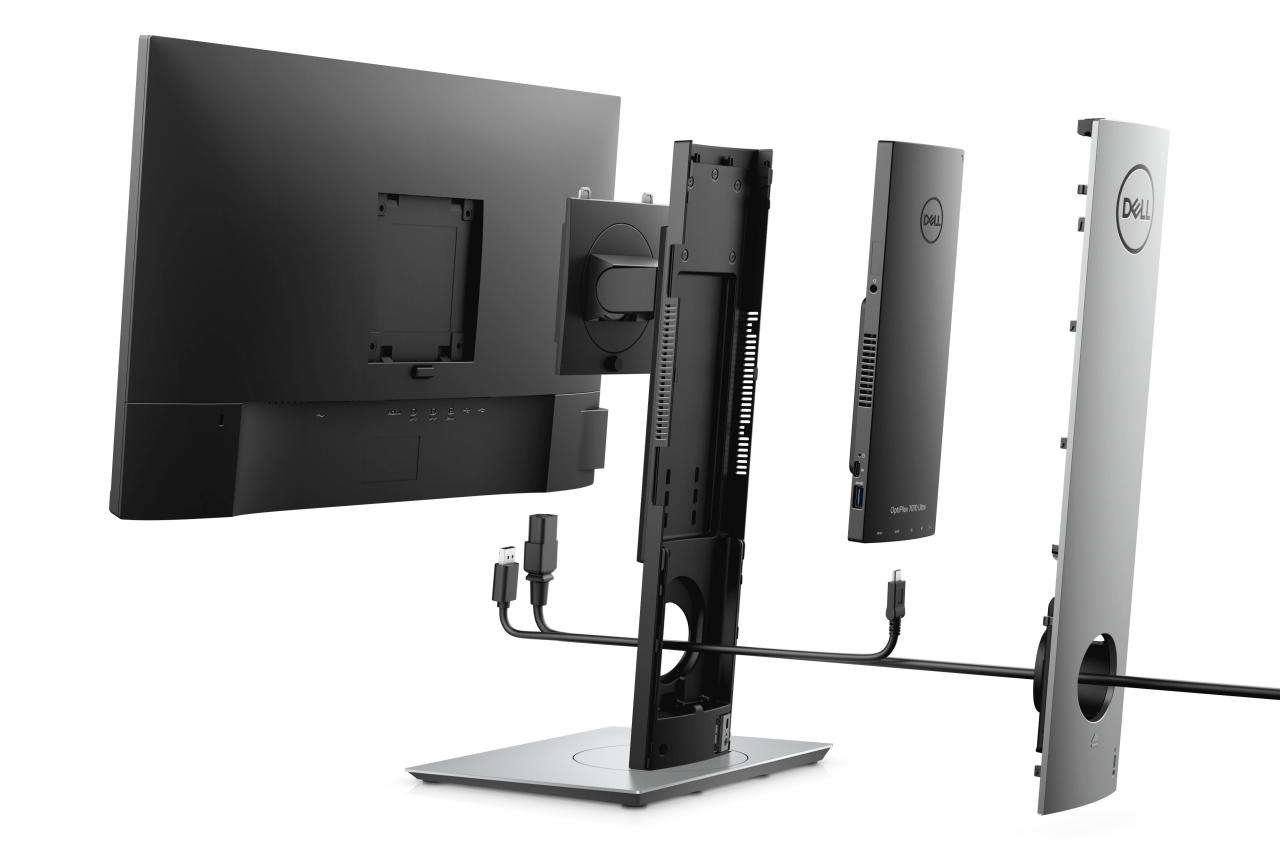 Given the size of the actual computer-in-a-stand, it’s almost unbelievable that it can support up to a vPro Intel Core i7 processor, 64 GB of RAM, and 1 TB of NVMe SSD storage. Unsurprising, however, is no mention of any discrete GPU for the computer. The design leans heavily on the slim and inconspicuous side of things rather than on power.

The Dell OptiFlex 7070 Ultra will launch on September 24 to the tune of $749. That’s a rather pricey offer considering you still have to buy a monitor (or even two) and peripherals. Dell does have a more traditional tower desktop launching on the same day but the VR-oriented OptiPlex 7071 Tower has no price tag attached yet.