In addition to updated Venue 7 and 8 tablets, Dell has rolled out the red carpet for a couple new Inspiration convertibles, both of them being 2-in-1 offerings able to fold into tablets. Unlike the Venue slates, the new Inspiron devices will be available starting later this month.

The Inspiron 11 3000 Series 2-in-1 features an Intel Pentium quad-core processor and 500GB of storage space (whether SSD or HDD weren’t specified). Dell boasts a bit over 8 hours of battery life with the device, and the inclusion of Waves MAXXAudio technology. 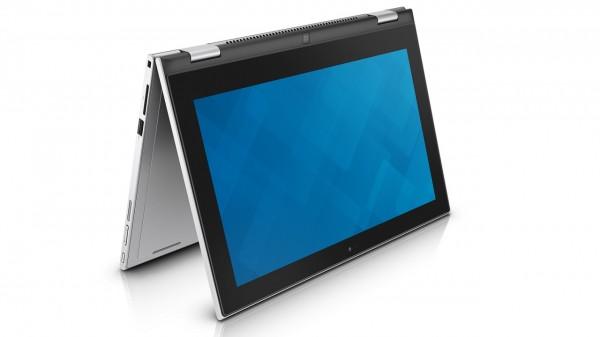 The Inspiron 13 7000 Series 2-in-1, meanwhile, is a higher-end offering with Intel Haswell Core processor options and display options that range up to Full HD. There’s a backlit keyboard, an integrated stylus, and the inclusion of 20GB of complimentary Dropbox cloud storage.

Both of the convertible laptops features a hinge that can rotate 360-degrees, able to transform from a regular laptop into a tent or easel shape, as well as folding completely down into a tablet mode. This is accompanied by a 10-finger capacitive touchscreen.

The Inspiron 11 arrives later this month on the 19th starting at $449.99 USD, while the larger model will arrive in September, price yet unknown.