Dell announced a bunch of new products centered around PC gaming today, and whether you game on a laptop or on a desktop, there’s some kind of product aimed at you. Dell’s new PC gaming products include a pair of gaming laptops, two new monitors, a desktop, and an Alienware mechanical keyboard. The company also teased the new XPS Desktop, but we’re not going to learn specifics about that for awhile yet. 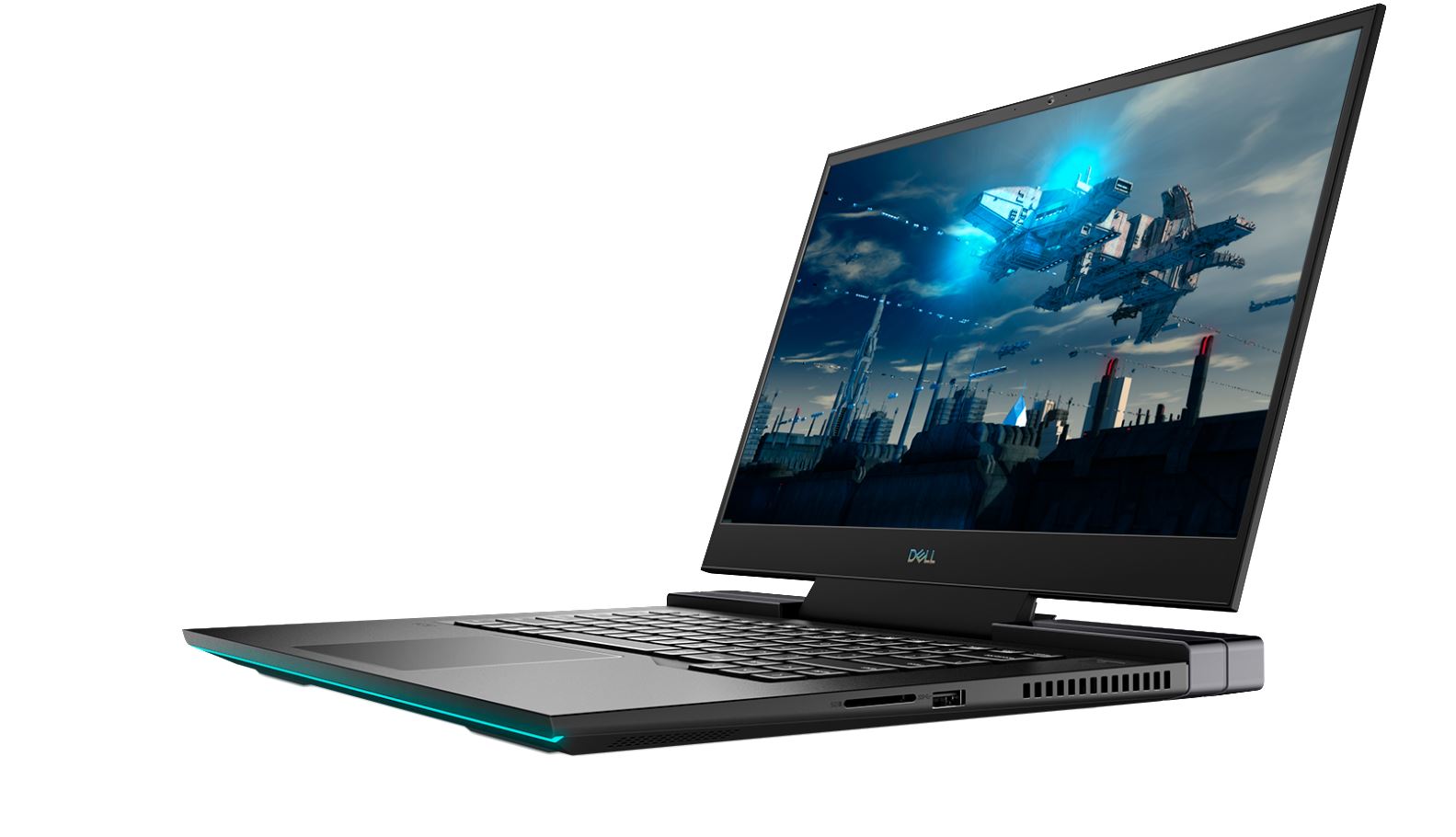 Dell’s new gaming laptops are the G7 15 and the G7 17, and as you might have already guessed, those numbers in the name of each desktop reference their screen size. Specifications between the 15-inch and 17-inch G7 models seem mostly similar, but there are some key differences – for instance, while both models offer up to a Core i9-10885H CPU, the G7 15 GPU options top out at an RTX 2070 Max-Q while the G7 17 can go up to an RTX 2070 Super. 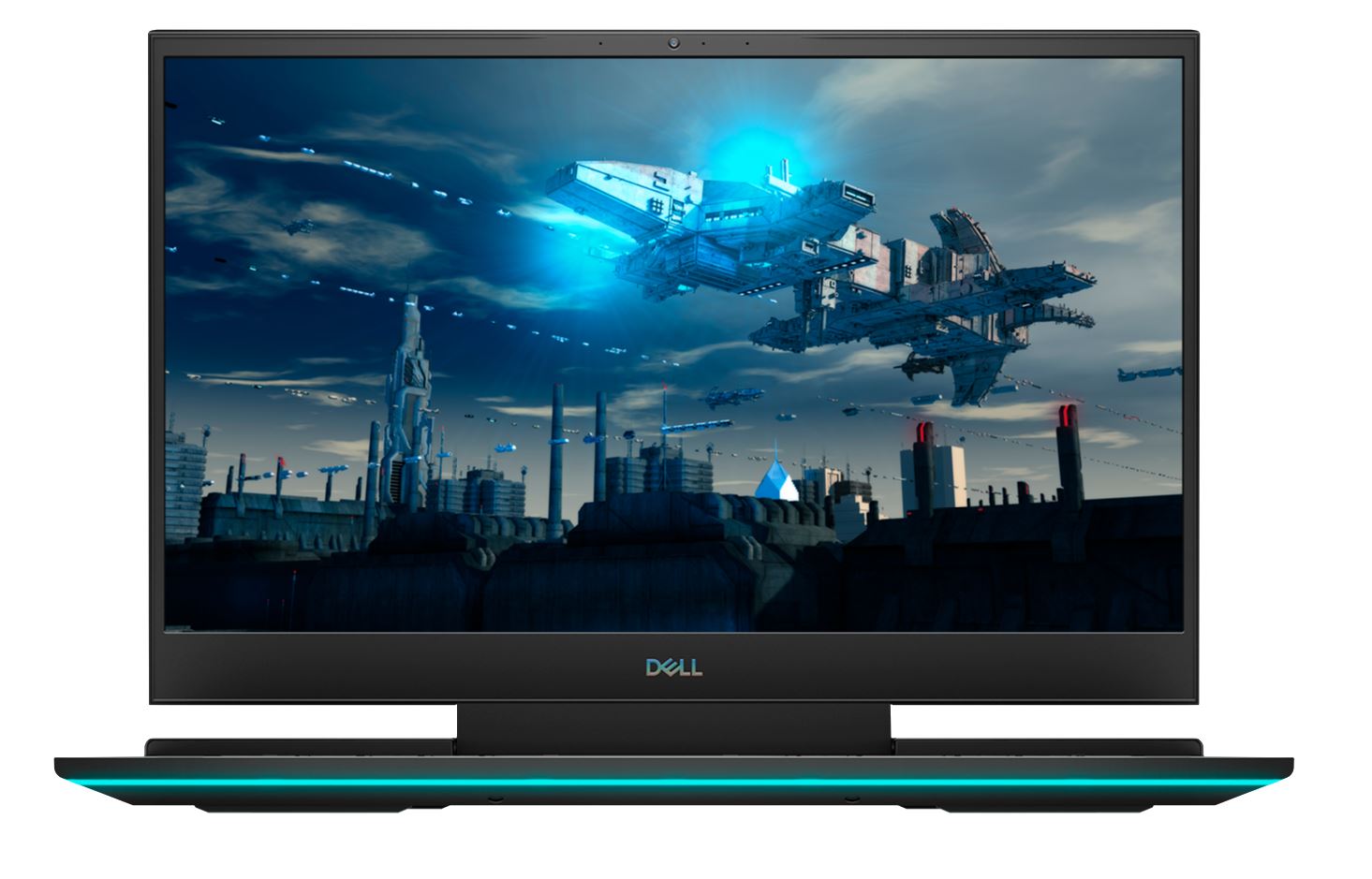 Both laptops have a number of display options, but if you’re a resolution person, the G7 15 is likely the best choice, as it can be outfitted with a 4K, 60Hz panel. Those who are looking for a higher refresh rate will be better served by the G7 17, as one of its options is a 1080p panel at 300Hz. RAM options top out at 16GB DDR4-2933, though each laptop has the capacity to support 32GB of RAM. You can even customize the battery on these machines, with the 15-inch model supporting up to an 86WHr battery and the 17-inch model going up to 97WHr. 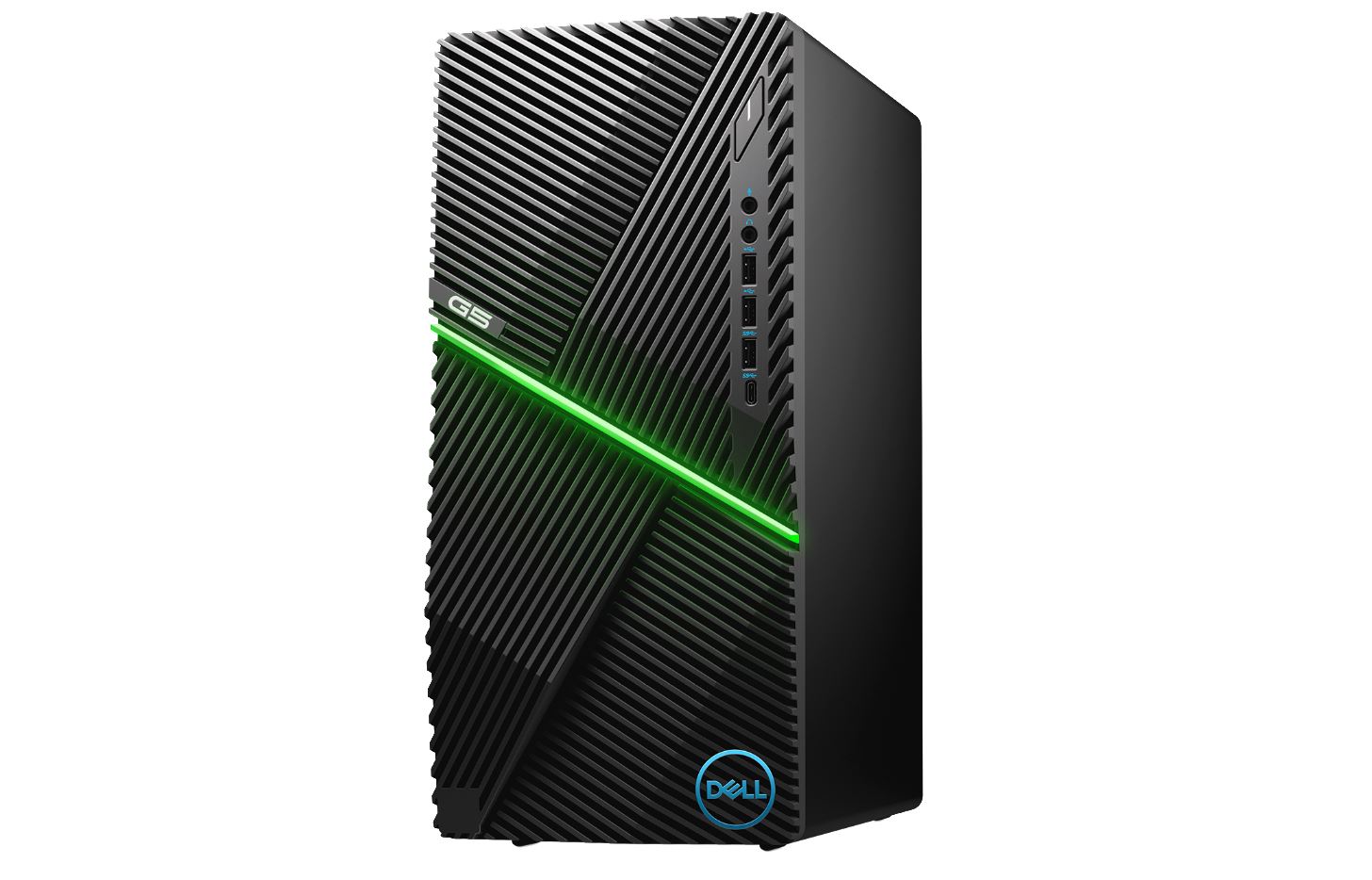 If you’re more of a desktop gamer, then the Dell G5 Desktop probably has you covered. In fact, it’s very unlikely that the desktop doesn’t have you covered, because when you buy this machine, you’ll get your choice of seven CPUs and nine different GPUs. CPU options start at a Core i3-10100 and range up to a Core i9-10900K, so G5 Desktop configurations definitely cover a lot of ground. 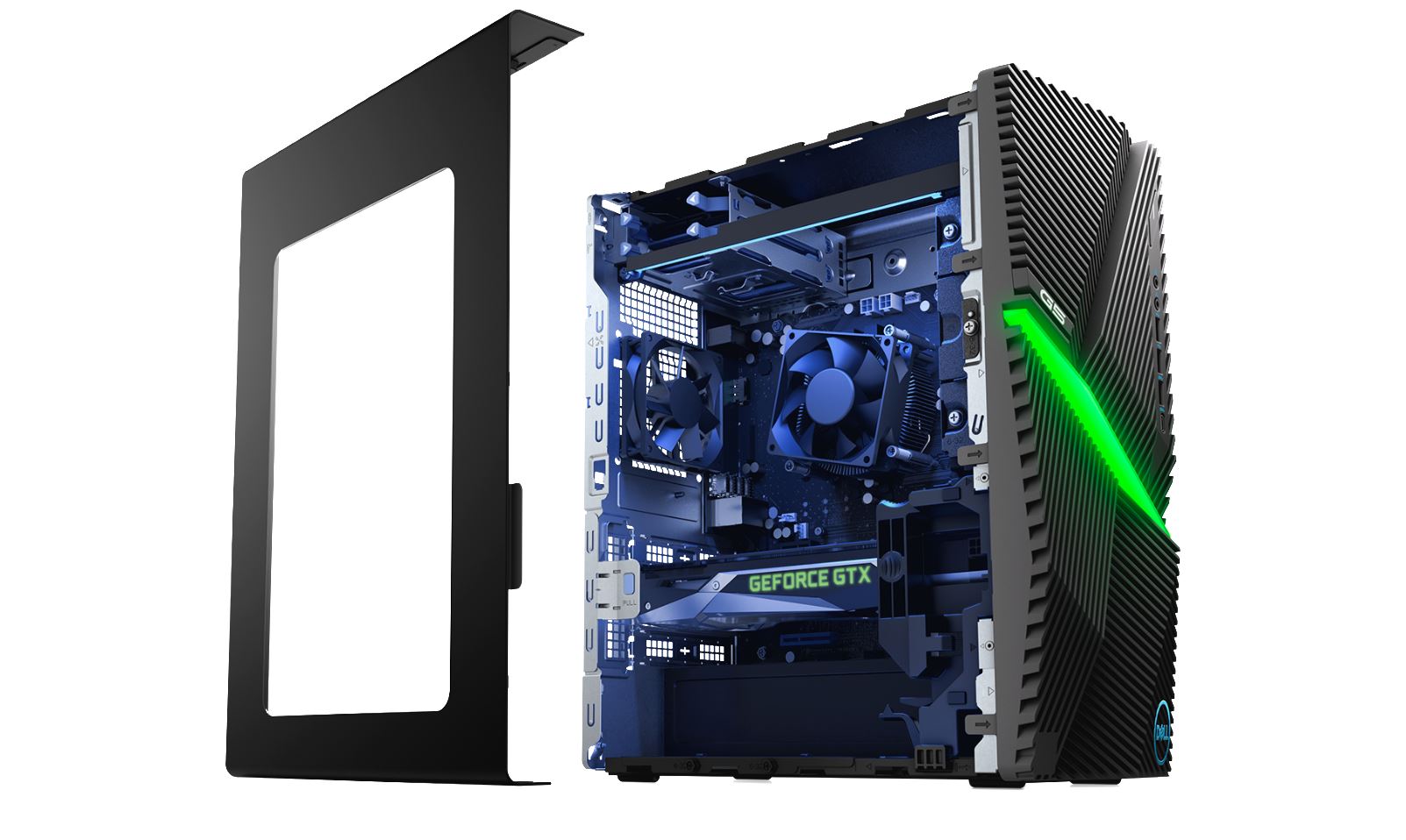 What’s more, your GPU options range from a 4GB GTX 1650 up to an 8GB RTX 2070 Super, but you don’t even need to go with NVIDIA if you don’t want to, as Dell also offers a Radeon RX5600 6GB with the G5 Desktop. RAM options range from 8GB to 64GB (all DDR4-2666) and, between single drive and dual-drive configurations, you’ve got a whopping 13 storage options. The Dell G5 Desktop will be launching on July 9th with a starting price of $699.99, though expect that price to go up quickly as you start swapping out base hardware for stuff that’s more powerful.

Dell announced a pair of 27-inch gaming monitors today, with the first one being a flatscreen monitor. Simply called the Dell 27 Gaming Monitor, what this display lacks in naming creativity it makes up for in the spec sheet. When connected via DisplayPort, the monitor will output at 2560 x 1440 with a refresh rate of 165Hz – connect via HDMI and that refresh rate drops to 144Hz. 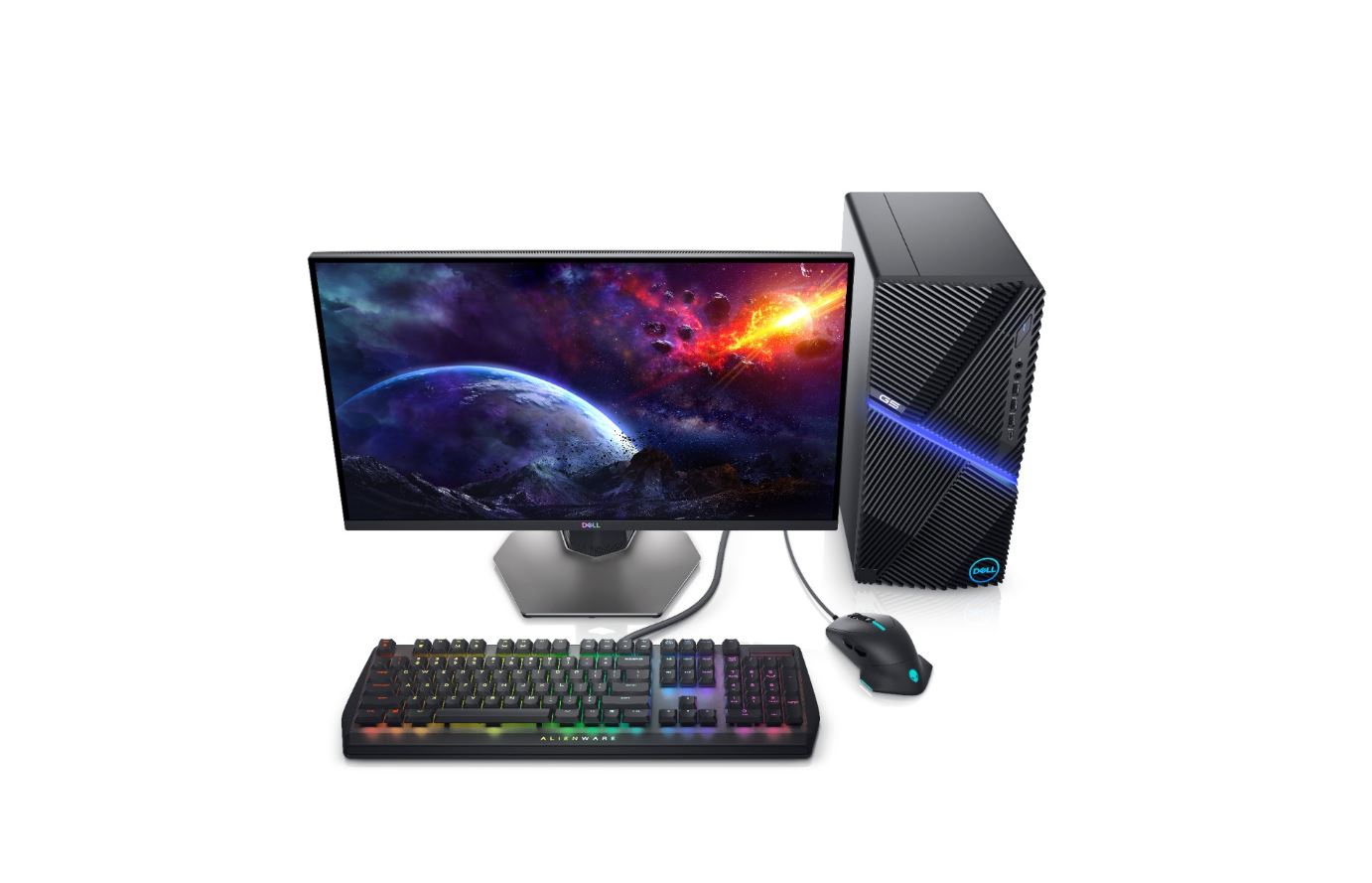 Dell says that this monitor can boast a true response rate of 1ms, with support for DisplayHDR 400 and a typical brightness of 400 cd/m2. Finally, the monitor supports both G-Sync and FreeSync. Look for it to launch on July 28th for $596.99. 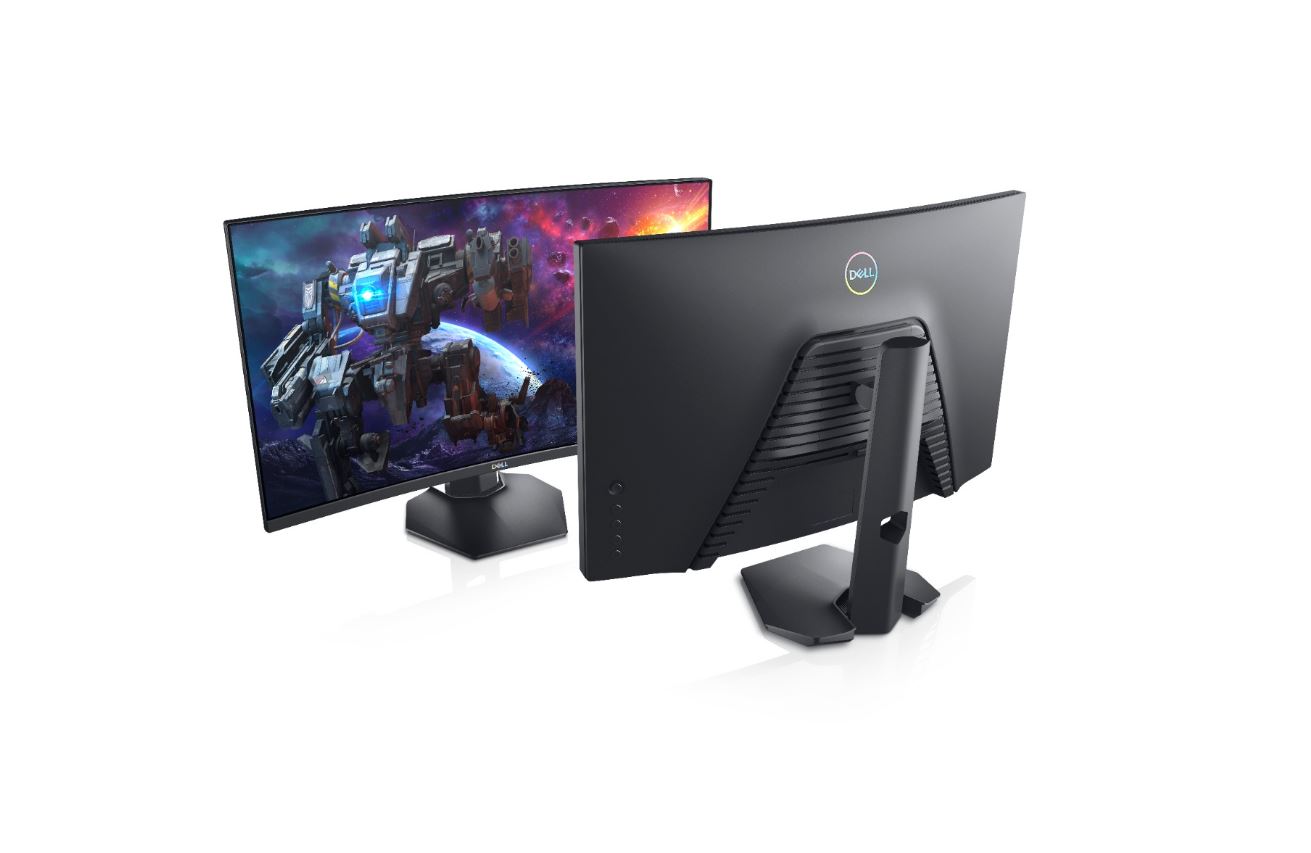 The second 27-inch monitor Dell is introducing today is a curved one, and while you might expect this to be the more expensive of the pair, that assumption would be wrong. The curved gaming monitor only runs $279.99, owning to the fact that you’re only getting a full HD panel here. Still, that display also comes with a refresh rate of 144Hz, with a 4ms (Gray to Gray) response time in extreme mode. The Dell 27 Curved Gaming Monitor is launching on August 21st. 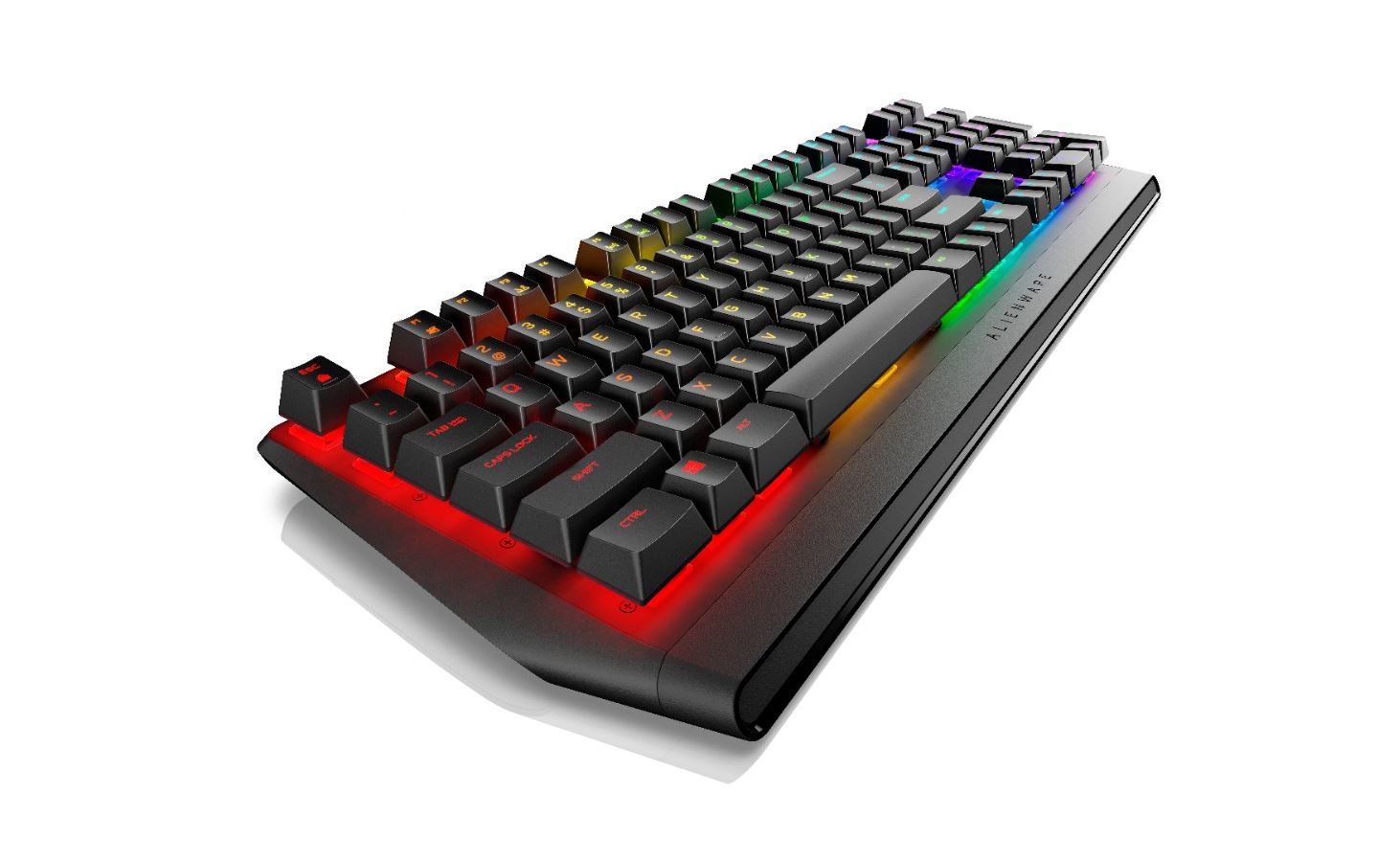 We also saw a bit from the Alienware brand today, but instead of an expensive gaming PC, we’re getting an RGB mechanical keyboard. While some keyboard manufacturers like Logitech have taken to making their own switches, this keyboard – the AW410K – uses Cherry MX Brown switches. Dell promises fully programmable keys that allow you to set various macros, along with 100% anti-ghosting through NKRO and a USB passthrough that will let you charge your phone or connect other peripherals like a mouse. We’ll see this launch on August 4th for $129.99. 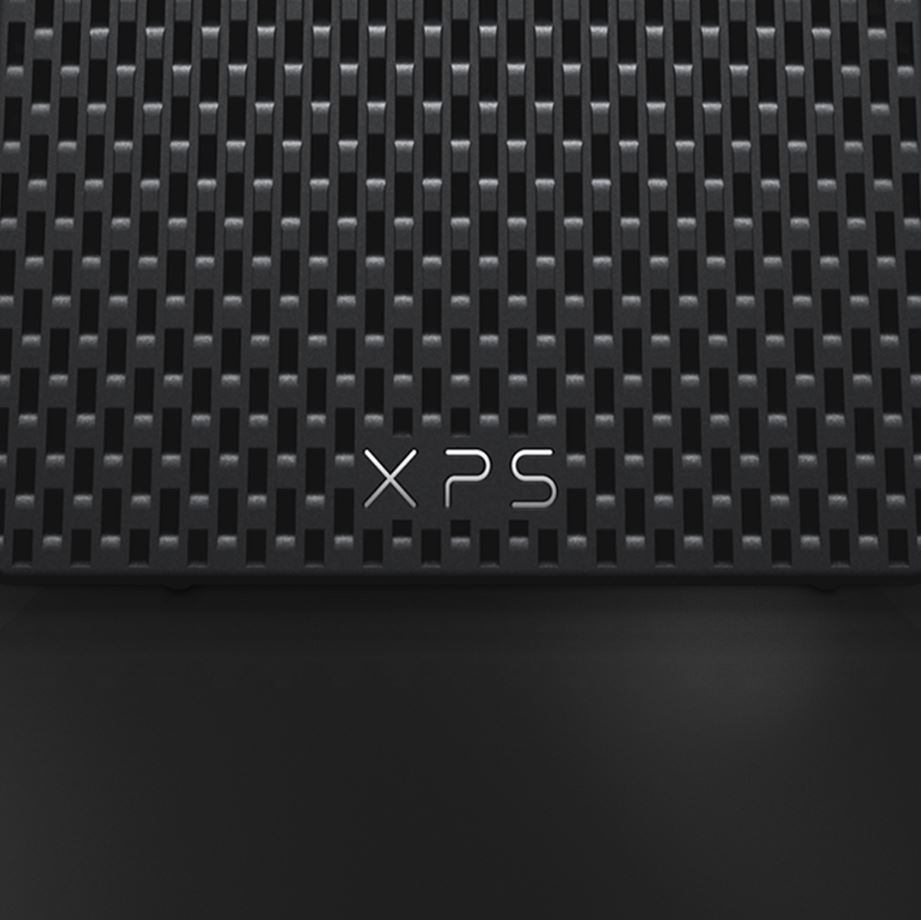 Finally, Dell’s announcements today were punctuated by a teaser for the XPS Desktop. The teaser amounts to nothing more than an image of the XPS logo on what we can assume is the desktop’s chassis, but aside from that, we’re being left in the dark (though we do know that it will be powerful enough to join NVIDIA’s RTX Studio program). Dell will reveal more details about this desktop in July, so stay tuned for that.