Death Stranding: Director’s Cut impresses on PS5, but it still isn’t for everyone

Death Stranding was one of the strangest games of 2019. It was also one of those games that could not please everyone, not that it ever really wanted to anyway. It certainly elicited a range of reactions from players; “divisive” almost feels like the right descriptor, but it doesn’t really fit because I can’t remember any toxicity in the discourse surrounding this game.

The point is: Death Stranding is either a game that clicks with you, or it’s one that completely misses the mark. Death Stranding: Director’s Cut, which is out on PlayStation 5 tomorrow, is still that game. It’s still abstract, it’s still creepy, it’s still atmospheric, and it’s still weird. If it wasn’t for you the first time around, it probably won’t be this time either.

I didn’t play Death Stranding back when it was released for PlayStation 4 because all of the pre-release media made it pretty clear that it wasn’t the game for me. I was still curious about the Death Stranding, so I checked out a good amount of gameplay on Twitch. While I was intrigued by the game’s premise and setting, I have to say that watching Death Stranding on Twitch confirmed my suspicions that it wasn’t my type of game.

Ahead of release, I’ve been able to spend some time with Death Stranding: Director’s Cut on PlayStation 5. Unfortunately, I haven’t spent enough time with it for a full review, so that’s not what this is. With that said, even though I don’t think my opinion of the game will change too dramatically, I’m starting to see the appeal.

For starters, this game is beautiful in a somewhat depressing, post-apocalyptic way. It was a beautiful game on the PlayStation 4, so that shouldn’t be much of a surprise, but the PlayStation 5 gives it that little extra bump to fidelity with support for 4K and HDR. In particular, the enviornments look great, and while the character models look good as well, it’s with those that it’s obvious Death Stranding started out as a PlayStation 4 game.

The PlayStation 5 additions are welcome ones, too. Death Stranding: Director’s Cut adds support for the PlayStation 5’s DualSense controller, making use of haptic feedback and the adaptive triggers. I’ve yet to encounter a game where those don’t add to the experience, though as I play more and more on this PS5, I realize that I’m actively noticing when the haptic feedback and adaptive triggers kick in less often. 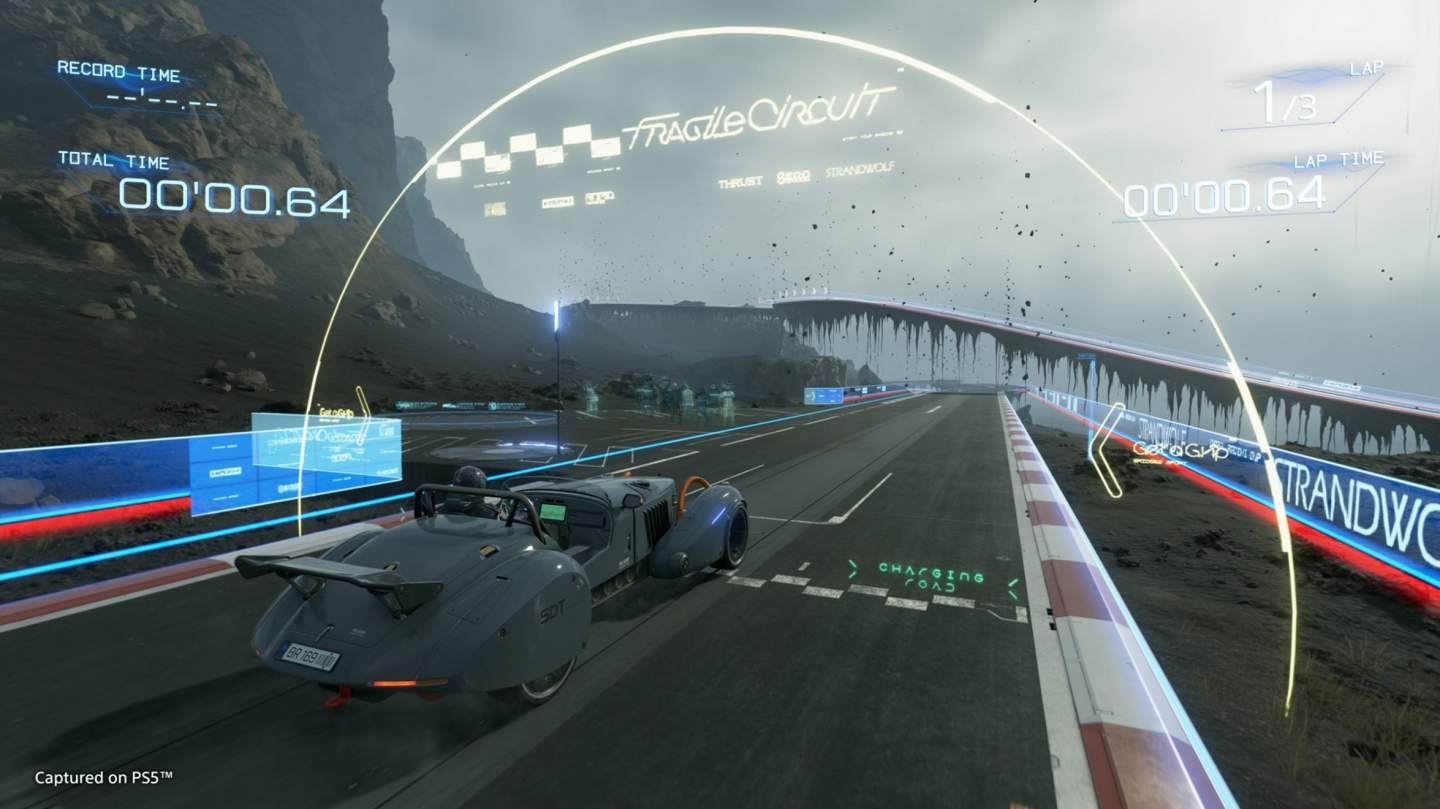 One thing I’m very impressed with is the 3D Audio implementation. My entire time with Death Stranding: Director’s Cut was spent playing with the Pulse 3D headset, and that’s quickly becoming my preferred way to play games on PS5. I think that 3D Audio helps with immersion so much more than the DualSense features, so if you have a good pair of stereo headphones that can connect to the PS5 (remember, you don’t need a Pulse 3D headset for 3D Audio), I highly recommend using those.

There don’t seem to be any dramatic changes to the core game in the Director’s Cut. There is some new content, to be sure, and while it adds things like new mini-games and travel options that might make traversal easier (or at least a bit more fun), the core gameplay loop and story seem like they’re largely intact. Again, I haven’t played enough to feel comfortable saying this is a review, but there does seem to be enough new content to justify that $10 upgrade fee for PlayStation 4 owners.

The story, of course, is still abstract and can be difficult to get a handle on. While somewhat new and definitely experimental, the gameplay is not going to grab everyone right away – and possibly not at all – but I do understand why people dig it. Being a delivery person who has to carefully traverse dangerous terrain with an eye for keeping packages undamaged doesn’t seem like it would make for exciting gameplay, but as I play more of the Director’s Cut, I realize that it does have some charm to it. 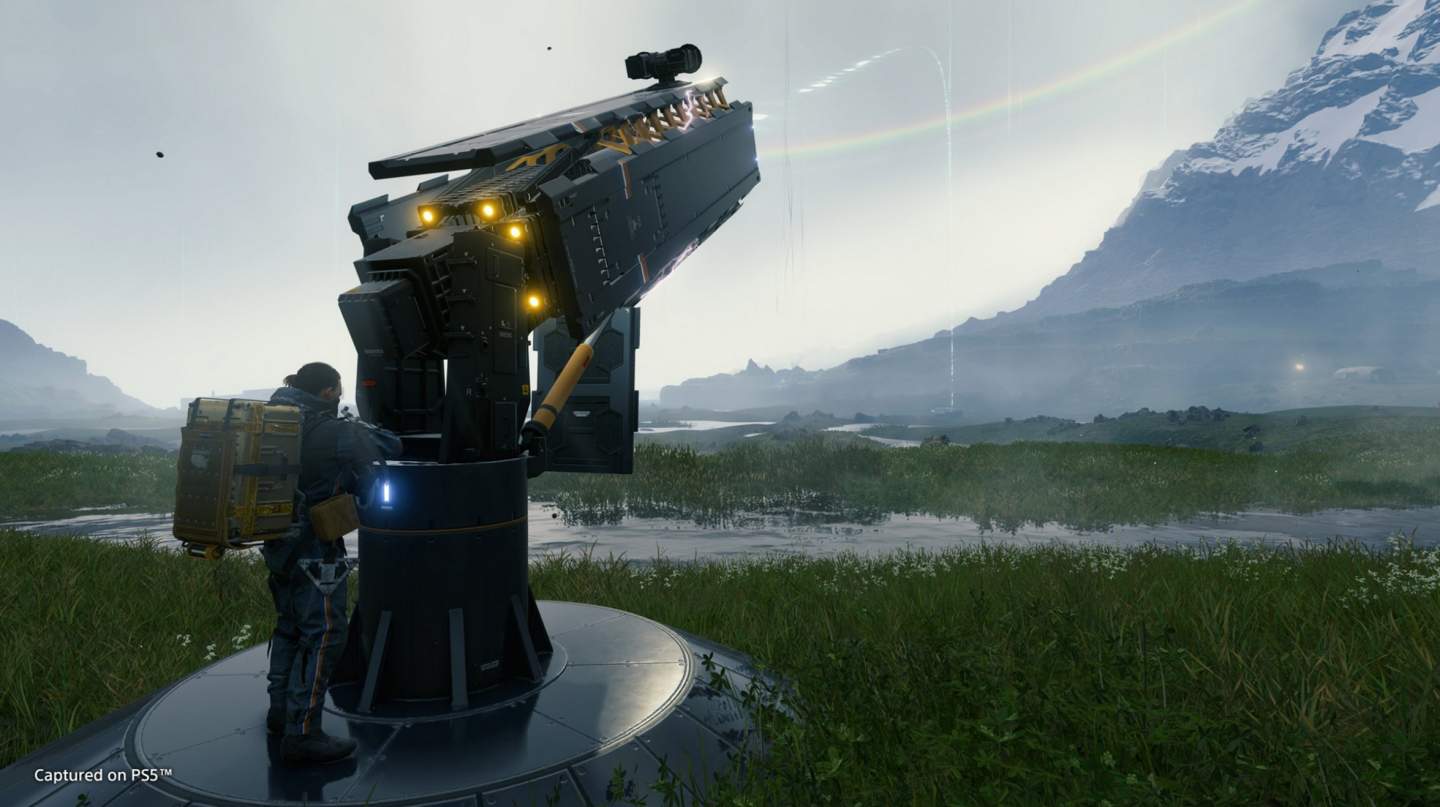 While we’re on the topic of gameplay, Death Stranding has made it apparent how much Facebook and social media have broken my brain. As silly as it is to have clients giving me likes for delivering their packages, my monkey brain loves it. It’s so satisfying to see those likes rack up after making a delivery, and I hate it.

In any case, one thing I’ll say for Death Stranding: Director’s Cut is that it has an undeniable atmosphere to it. As I was playing the Director’s Cut for this article, I distinctly remembered so many moments just from when I watched the game on Twitch more than a year ago. Even if you don’t like Death Stranding all that much, it has such a unique, unsettling feel to it that it sticks with you for a long time. Not a lot of games can do that, but Hideo Kojima seems to be a master of it.

I view Death Stranding: Director’s Cut much like I view Ghost of Tsushima: Director’s Cut. Both games look great on the PlayStation 5 and give those who played the original games some reason to care about their updated versions, but they both get me really excited to see more games that don’t have roots on previous-generation consoles. If PS4 games like Death Stranding and Ghost of Tsushima look this good on PS5, then I’m excited to see more games made specifically for the console.