dBud ‘adjustable earplugs’ use a slider to keep your hearing safe

It’s not often you see a pair of fancy earplugs, but dBud would arguably fit the bill. Unlike an ordinary pair of earplugs, dBud aims to keep your hearing safe in a customizable, fairly convenient manner: by utilizing a sliding mechanism. At first glance, the earplugs appear to be wireless earbuds; they are, however, instead designed to keep noise to a proper level without blocking it out entirely.

dBud follows a long line of so-called ‘high fidelity’ earplugs, which are designed specifically to reduce the volume of any given sound without necessarily changing the audio nor blocking it entirely. The idea here isn’t to block out noise, but rather to reduce it to a level that won’t harm your hearing and, thusly, enable you to enjoy concerts and other things for years to come. 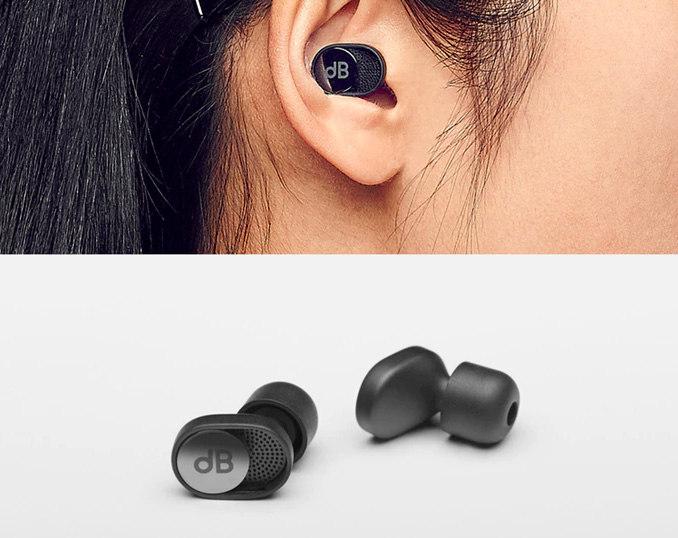 These earplugs are designed to evenly reduce noise across the audio spectrum, enabling users to still hear cars as they come close, people as they talk, and more. dBud are designed to filter out between 15 and 30dB of noise, depending on the slider’s position. Greater noise reduction is achieved by sliding the earplug cover closed, while lesser reduction is achieved by opening it fully. Somewhere in between will, obviously, offer reduction that falls somewhere between the two extremes.

The earplugs are made with an acoustic filter, silicone ear tips, and more. The company behind them, EarLabs, shows multiple usage scenarios for dBud — they can, for example, be used while out and about in the city, reducing traffic and construction noise to safer levels. These earplugs can also be used by concert-goers or by the musicians themselves. Ultimately, the company says they are ‘designed for everyday life.’

EarLabs is seeking funding on Kickstarter, where the dBud earplugs are offered with a “Kickstarter Special” $54 or greater pledge. Shipping to backers is estimated to start this upcoming October. Retail price, assuming the product reaches that point, will be $59 USD.