Much like the food in your fridge and the cleaning supplies in your closet, the drugs — both over the counter and prescription — in your medicine cabinet have an expiration date. While that expiration date isn’t a hard and fast rule in most cases, at least according to past research on the matter, it does mark a time when one can expect the medication to start losing potency, making it difficult to take proper dosages. Thanks to a new synthetic protein recently detailed by DARPA, however, that reality may itself soon be obsolete.

As with other things DARPA facilitates, these so-called ‘rugged drugs’ would primarily be developed with the military in mind, but they could, of course, find use in other places, too — remote areas where prescriptions refills aren’t accessible, for example. In terms of the military, though, these rugged non-expiring medicines would be useful places described as being extreme environments…a hot desert base, for example. 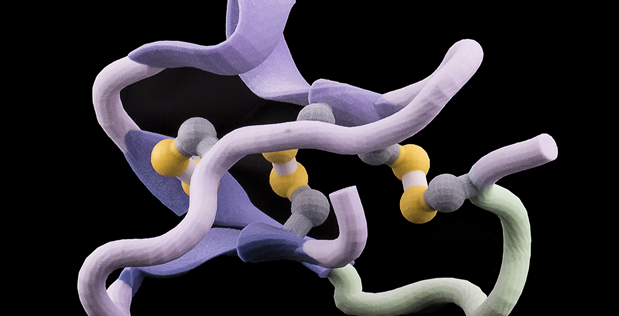 Even worse on medication than duration is the conditions of the environment where it is stored — many pharmacies advise that patients avoid storing their medicine in the bathroom due to humidity from the shower, for example, because exposure to that excessive moisture will cause the medicine to degrade more quickly. The same goes for meds that are kept somewhere hot, which is often the case for soldiers stationed in war zones overseas.

DARPA is seeking rugged drugs through a program called Fold F(x), and it anticipates them being made using synthetic polymers more suitable for extreme environments. Work on creating these synthetic polymers is already underway, with researchers focusing on 3D foldable proteins that are both highly stable and suitable for specific medical purposes. MIT in particular has done a lot of work in this area, and has made a “non-natural polymer library” alongside the U.S. Army Medical Research Institute of Infectious Diseases with the aim of developing a new Ebola treatment.

DAPRA will be hosting a workshop in Massachusetts on June 19 that’ll feature Fold F(x) researchers; they will detail what these synthetic polymers are and how they can help shape the future of medicine.