CutiePi is an open source and portable Raspberry Pi tablet

The Raspberry Pi opened up a whole new world of DIY projects but it has ironically been more difficult to actually produce a “normal” RPi-powered computer that doesn’t look like a Frankensteined contraption. There are, of course, some kits that let you easily assemble a Raspberry Pi desktop, laptop, or even tablet, but those look more like things you’d rather leave at home than be caught dead using it outside. It’s for that exact use case that CutiePi was born and now the ready-to-use RPi Tablet has launched on Kickstarter to bring all that to everyone willing to take the risk.

The CutiePi, to put it simply, is a Raspberry Pi in a decent tablet form that looks almost like a commercial product. That is if you consider a 12mm thick tablet “decent”. The developers managed that feat by using an RPi Compute Module rather than the full single-board computer (SBC), which also meant they had to settle for the Compute Module 3+ based on the RPi 3B+ since one with the heart of the more powerful Raspberry Pi 4 doesn’t exist yet. 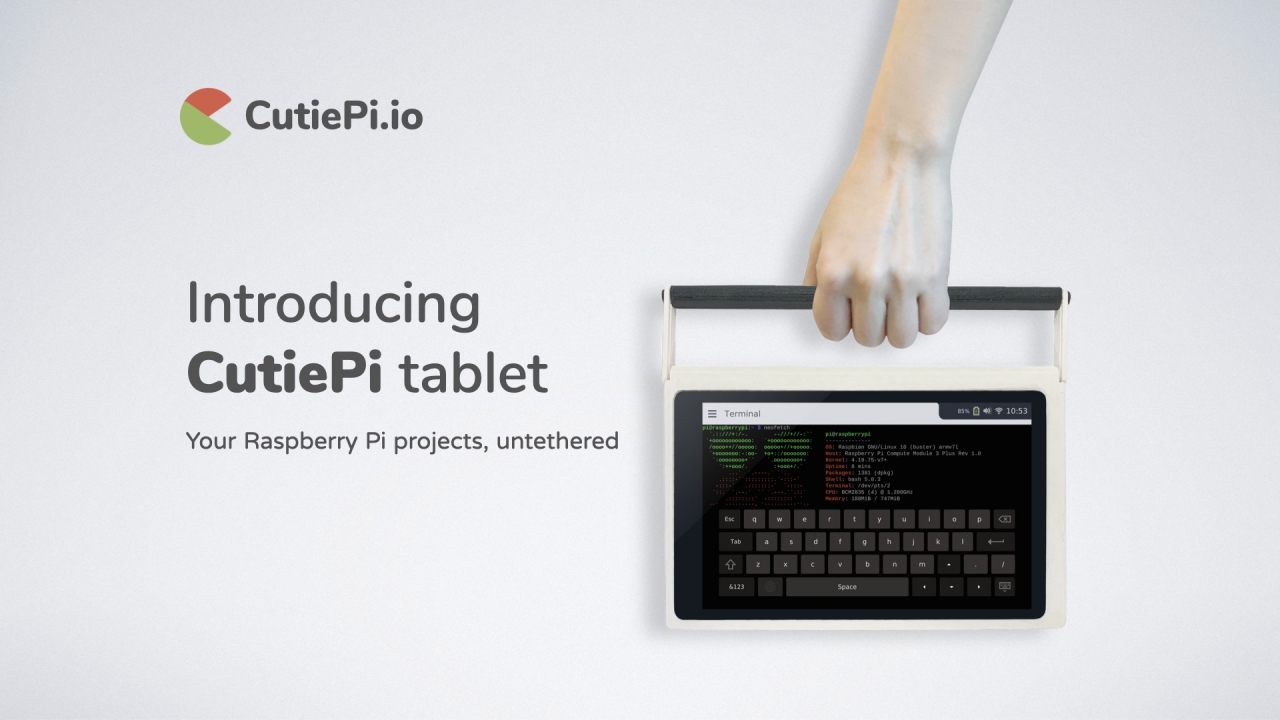 What CutiePi adds on top and around it are the electronics and components to make it a usable end-user device. That includes an 8-inch 1280×800 screen, a variety of ports. WiFi 802.11 b/g/n and Bluetooth 4.0, and a 5,000 mAh battery currently measure to give 5 hours of use. There are even 6 GPIO pins for those who need to connect some hardware not covered by USB. 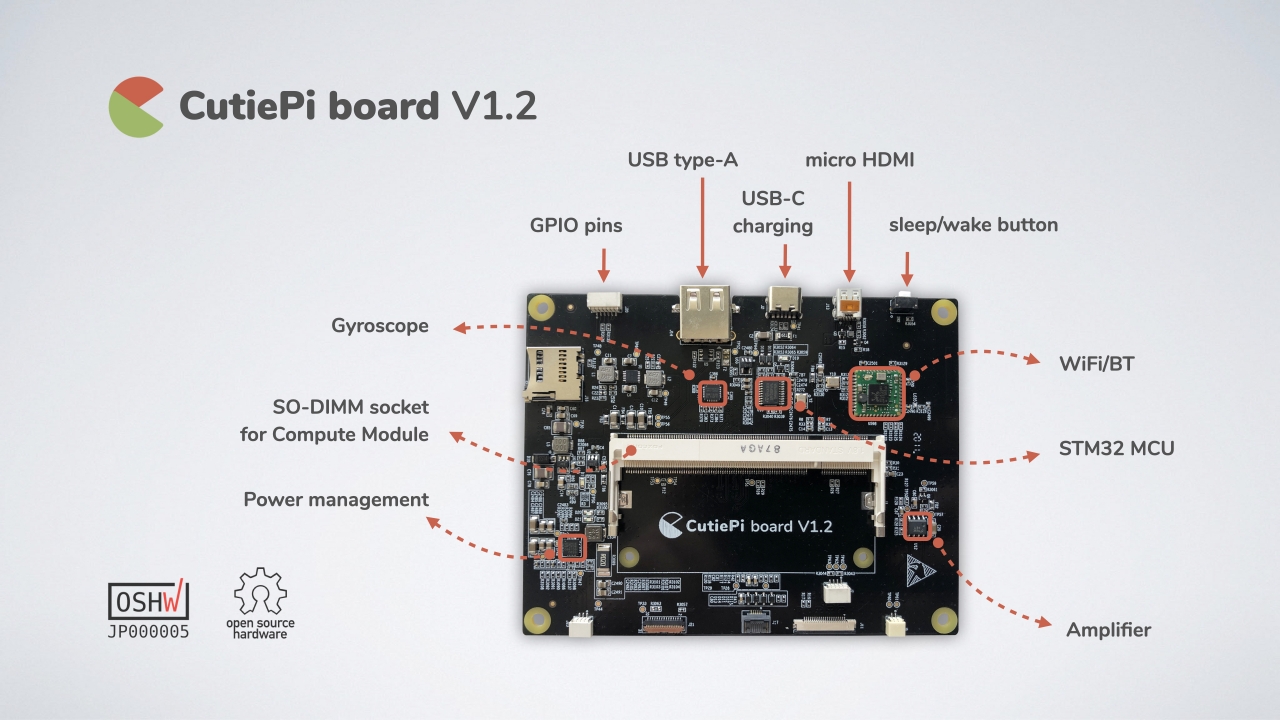 What makes CutiePi an even more intriguing proposition is that everything about it is open source, including the custom board they use, layout designs, and the custom touch-friendly user interface they run on top. That basically allows anyone with the resources and knowledge to make their own CutiePi themselves.

Of course, CutiePi was made for those of us who actually can’t and those interested can try grabbing one for $189 on Kickstarter (or $199 when all slots are used up). The campaign reached its goal in merely four hours and they’re on their way to reaching three more stretch goals. If all things go well and the team is able to deliver, the first batches of the CutiePi should ship by November.