It’s been a few months since NASA‘s Curiosity rover drilled into Mars’ rocky surface for the first time, but the little rover that could has bored into the red planet for the second time, collecting a healthy amount of Mars dirt along the way to be analyzed by the rover in the next few days.

Curiosity drilled a 2.6-inch-deep hole into a rock named “Cumberland” yesterday, and the resulting powdered dust from the drilling will be analyzed by the rover’s on-board instruments, where it will run a series of tests to see if there are any matches with the dust sample from the first drilling at “John Klein,” which is the name of the rock that Curiosity drilled into first.

The first drilling is said to include evidence that there was once life on Mars, but NASA wants to confirm those findings by drilling a second hole in a different location. We’re not sure when we’ll hear the results from the second drilling, but it took a couple of weeks for Curiosity to start analyzing the dirt sample from the first drilled hole. 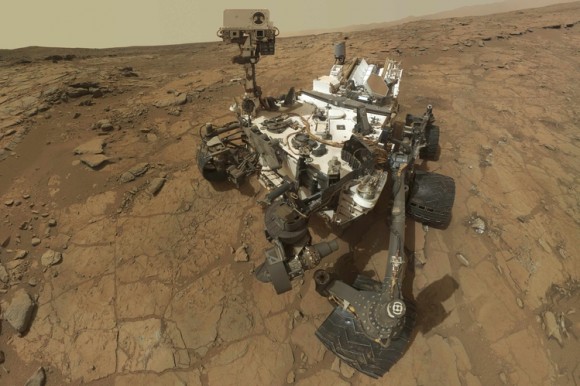 In between these two drillings, Curiosity experienced a bit of a hiccup while in the middle of duty. One of its on-board computers crashed, leaving it up to the backup computer to do some work. However, it still delayed experiments for a couple of weeks, and NASA scientists had to apply a few software patches to the main computer to get it in working order again.

Eventually, though, the rover found that there was once possibly life on Mars. Scientists identified some key components in the rock samples that are critical to sustain life, including sulfur, nitrogen, hydrogen, oxygen, phosphorus, and carbon. Even the rocks themselves showed signs that particles in the rocks were formed by water. This second drilling hopes to confirm that, but we’ll be waiting a few days, and maybe even a few weeks before we hear results from NASA.