NASA’s Curiosity rover has discover an unusual — an quite tiny — feature on the Mars landscape, one with a strange shape and an unknown explanation. The features, which may be related to minerals, were found in an area so interesting that researchers had sent the rover back for a second look. The features’ strange appearance have raised questions about whether NASA has discovered trace fossils on the Red Planet, and researchers aren’t ruling that out yet.

The unusual landscape features are shown in the image below, though they’re not as big as they look. The features, which look somewhat like tubes on top of a rock, are said to only be a couple millimeters in size; you’d probably not notice them if you were casually looking at the full Curiosity Mars photo. 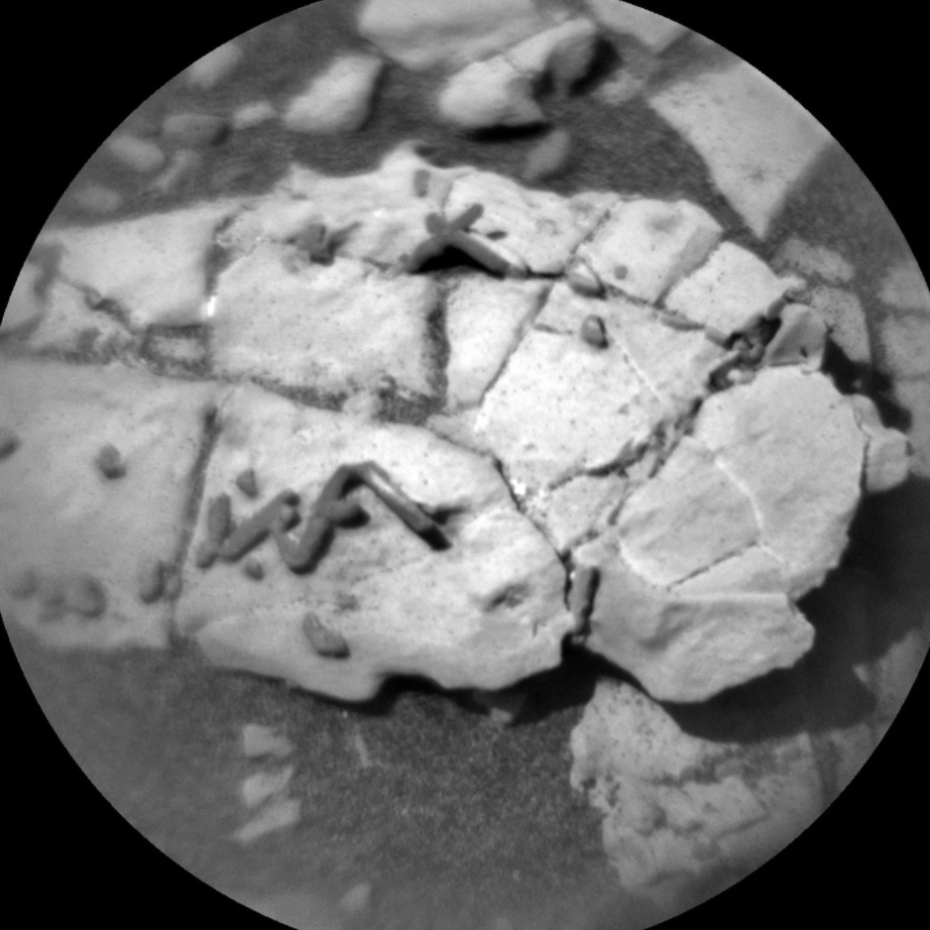 When isolated from the photo, though, the unusual bit is readily identifiable. Questions remain about whether the feature is geological or biological, with some suggesting they may be trace fossils. Trace fossils are defined as indirect evidence that life had existed in a particular spot at a particular time in the distant past, with common examples being things like holes and footprints.

However, you shouldn’t get your hopes up, as that’s only one possible explanation, and certainly not the one NASA is jumping to at this time. Speaking to Space.com, SETI planetary scientist said that “a strictly mineral origin is, of course, the most plausible.” Separately, and likewise to Space.com, NASA JPL Curiosity scientist Ashwin Vasavada said of the trace fossil idea, “we don’t rule it out, but we certainly won’t jump to that as our first interpretation.”

Unfortunately, determining the nature and origins of these tiny landscape features will be difficult with just the Curiosity rover, though it is being used to gather data to help researchers solve the mystery. While it is fun to imagine that NASA has found signs of life on Mars, it is more likely that the formations are related to minerals. Only time will tell.