As far as the mouse itself is concerned, the Harpoon RGB (pictured above) boasts battery life as long as 40 hours, but that’s only when using Bluetooth 4.0 to connect it. The mouse also features a 10,000 DPI sensor and six programmable buttons, along with customizable RGB lighting, just as its name suggests. The Harpoon RGB Wireless is also a lightweight mouse, clocking in at 99g. 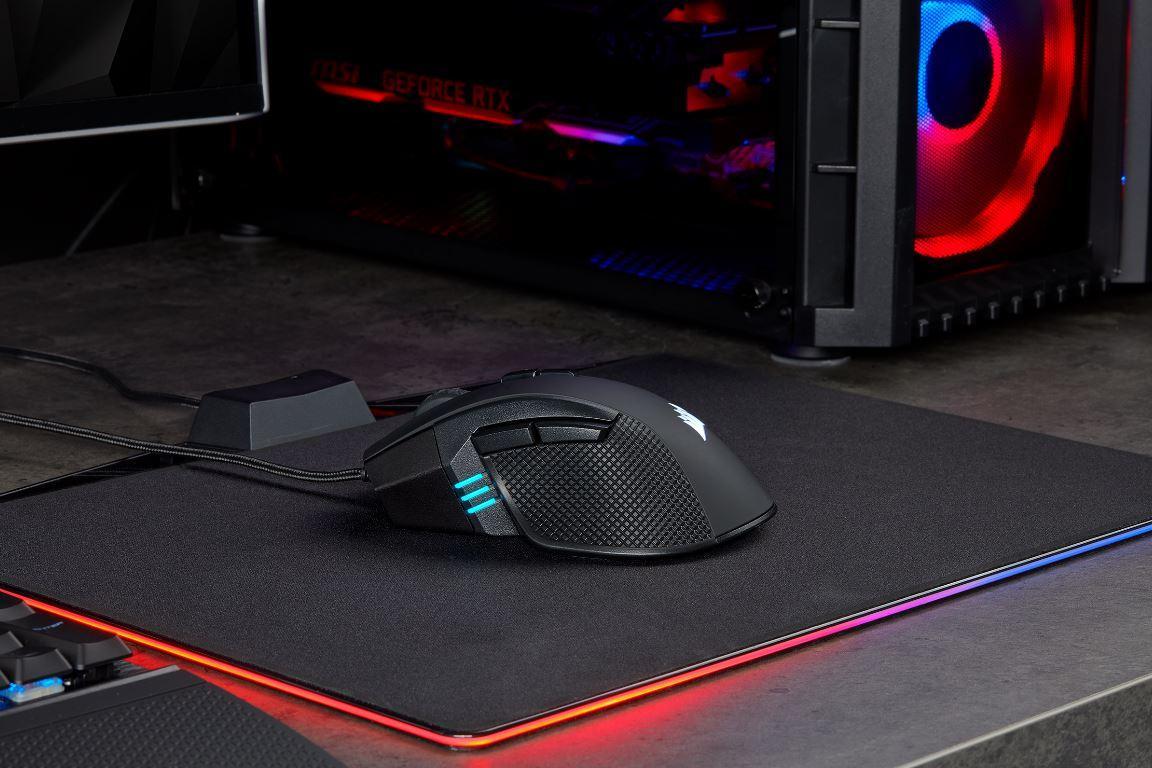 Those who have bigger hands might want to skip the more compact Harpoon RGB and opt for the Ironclaw RGB instead. Though still lightweight at 105g, Corsair says this is a better choice for those with larger grips. The standout feature of the Ironclaw – aside from its size – is its 18,000 DPI sensor, which can be adjusted 1 DPI at a time. That might be more than most gamers need, but if you ever wanted to have super precise control over your sensitivity, this seems to be the mouse for you. 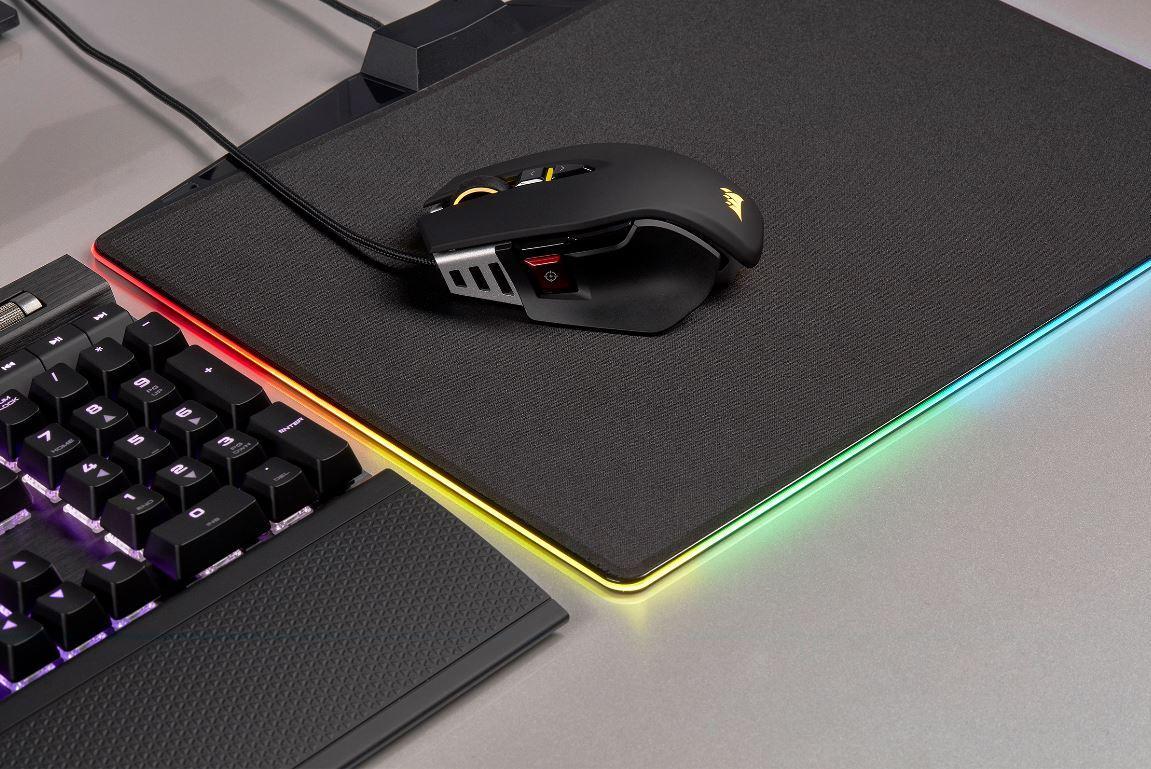 Finally, we’ve got the M65 RGB Elite, which features that same DPI sensor we’re getting in the Ironclaw RGB. Unlike the Ironclaw and Harpoon, the M65 Elite has an adjustable weight system that starts at 97g and can go all the way up to 115g. For those who frequently play first-person shooters, the M65 Elite might be the best of the trio Corsair introduced today, as the sniper button from the original M65 is returning for this new model, allowing you to temporarily drop your sensitivity on the fly.

Surprisingly, all three mice are available today from Corsair’s retail partners and its own online store. Though you might expect the Harpoon RGB to be the most expensive of the bunch since it supports Slipstream, it’s actually the cheapest, clocking in at $49.99. Meanwhile, both the Ironclaw RGB and the M65 Elite cost $10 more, settling at $59.99 each.