Conversations with a Finnish Journalist

With Nokia’s Lumia 900 launch well underway, I have gotten a lot of questions from the press about Nokia, Microsoft, Nokia’s marketing strategy, Microsoft’s marketing strategy, and its chances of success. The most interesting was a conversation I had with a Finnish journalist. Nokia is extremely important to Finns, accounting for a measurable chunk of the entire country’s GDP, and the perception of Nokia in Finland differs significantly from the rest of the world. I found myself discussing some basic issues about the company and the market that tech journalists from the US and UK just don’t ask. The following is an edited version of our conversation.

Why has the United States been so difficult for Nokia?

It was a combination of factors:

1. Nokia’s business model used to be based almost entirely on volume sales with minimal customization. The U.S. is a carrier-controlled market where the carrier chooses phones and dictates which phones reach the market and which functionality. To succeed in that environment, you need to be willing to customize your devices to meet specific carrier needs – which can mean filling holes in their portfolio or supporting their unique technologies. Nokia simply was not set up to do that in the past.

2. Nokia hated CDMA, expected it to fail, and under-invested in the technology. CDMA makes up more than half of the U.S. cellular subscriber market.

3. Over the years, Nokia successively ignored every form factor that U.S. consumers liked – clamshell phones, super-thin phones, QWERTY phones, and touchscreen phones. Each time, Nokia would lecture everyone about the problems with the new form factor. Eventually, Nokia would begrudgingly launch one or two models with that form factor, but by that point the rest of the industry had long since moved on to the next form factor, which Nokia would publicly disparage… and then the cycle would start again.

4. Nokia’s smartphone line was based on Symbian. Symbian never caught on in the U.S. Part of the problem was that the user interface was horrible, and the OS’s advantages (like the ability to selectively choose data networks) were completely lost on U.S. consumers. Another part of the problem was that Nokia didn’t bring its best Symbian phones to U.S. consumers because of #1, #2, and #3.

5. Nokia would occasionally talk about the importance of the U.S. market with the media and investors, but the company never truly considered the U.S. all that important. If it had, it would have made structural changes to address items #1 – 4.

Does Nokia have a real chance to grow for market share in the U.S. with its Lumia models?

Other than the Lumia models, Nokia has no share of the U.S. market. This isn’t like the UK where Nokia needs to get consumers to buy Lumia phones instead of Symbian models and can rely on rapidly declining – but material – sales of S40 phones. There are no other Nokia phones sold here. Of course, an optimist would say that there is no place to go but up. If Nokia can convince U.S. consumers to consider buying a Windows Phone instead of an iPhone or Android phone, then, yes, it certainly has a chance to grow market share. 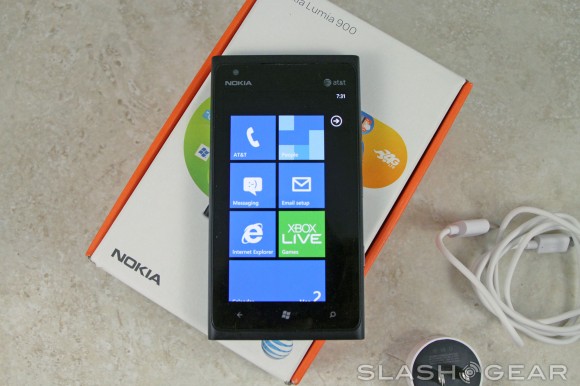 It is worth noting that in Finland and throughout Europe, Nokia is a well-known, premium brand. This is not the case in the U.S., where older consumers think that Nokia is a Japanese company that used to make clunky bar phones, and younger consumers have never heard of Nokia at all — aside from the Nokia Theater in L.A. where American Idol TV show finals are televised. Nokia will have to build its brand along with the challenge of convincing consumers to invest in a phone that uses an unfamiliar operating system.

How would you characterize Nokia’s situation in the United States now? Is Nokia’s alliance with T-Mobile and AT&T enough?

The carriers do not want to be overly dependent on Apple – which they have almost no control over – or Google – which actually competes with them in certain situations and acts in ways that the carriers find irrational. So it is in the carriers’ best interest to help Microsoft establish a viable third ecosystem. That doesn’t mean it will automatically succeed, but it explains why T-Mobile and AT&T are eager to invest in Windows Phone at retail and with advertising. However, Nokia needs to get distribution at Verizon Wireless as well as AT&T to have a significant impact on the U.S. market overall. Before that can happen, Nokia needs Microsoft to create a version of Windows Phone that supports CDMA/LTE.

Nokia got off to a rough start by launching the Lumia 900 on a holiday, then discovering bugs in the software. However, its response was amazingly decisive and swift (investigating the problem, confirming it, fixing it, and offering refunds – all within two weeks), and I don’t see any lingering negative after effects. I am not a fan of the Beta Test ads; nothing Chris Parnell says can be taken seriously (that’s core to his comedy), and by calling the incredibly polished iPhone “beta,” Nokia loses credibility. However, Nokia’s merchandising strategy has been brilliant – the cyan (bright blue) phone stands out in a sea of black rectangles, and giving nearly every AT&T store rep a Lumia 900 guarantees that they are familiar with the phone and increases the likelihood that they will endorse it. Regardless, if a consumer asks, “what phone do you use?” the answer is a Lumia 900.

Apps play a very important role in cellphone marketing. Can you describe the competition for app development between Apple, Android and Microsoft applications? Who is the strongest player?

Apple is the strongest and growing stronger. Android has also reached critical mass for apps in smartphones (though not yet in tablets). At this point, it is unlikely that Microsoft will ever fully catch up, but if it can get enough of the important apps along with a commitment from developers to support the OS even if they develop for iOS first, Microsoft can try to use other aspects of the platform (such as the unique user experience, cloud services, or exclusive apps) to attract consumers to buy the phones.