Continental looks to robot dogs to deliver your packages

Forget drones. Your future parcels might be delivered by autonomous and electric quadrupedal “robodogs” instead. German automotive company Continental unveiled at CES 2019 its vision for “seamless mobility” which included not only a self-driving van but also a prototype of a similarly autonomous vehicle that will take care of the “last mile” of the delivery right to the doorstep. And those who have been keeping tabs on Boston Dynamics robots may have flashbacks to the robotics company’s Spot robots.

The prototype Continental showed off at CES is, unsurprisingly a far cry from the concept art the company has. The latter looked more like actual robot dogs rather than the form that has given a few people nightmares. Still, if the actual delivery robodogs can accomplish the same obstacle-avoidance, stair-climbing, and victory-dancing as the prototype could, then it might not matter how frightening they look.

The robodogs are actually just one part of Continental’s grand vision. These delivery robots are to be deployed from the Continental Urban Mobility Experience or “CUbE”. Delivery, however, is just one of the jobs these driverless vans will have. Continental envisions future smart cities where such vehicles run 24/7. During peak hours, the vehicles will transport people. Outside rush hours, they will transport robot dogs and their packages instead. 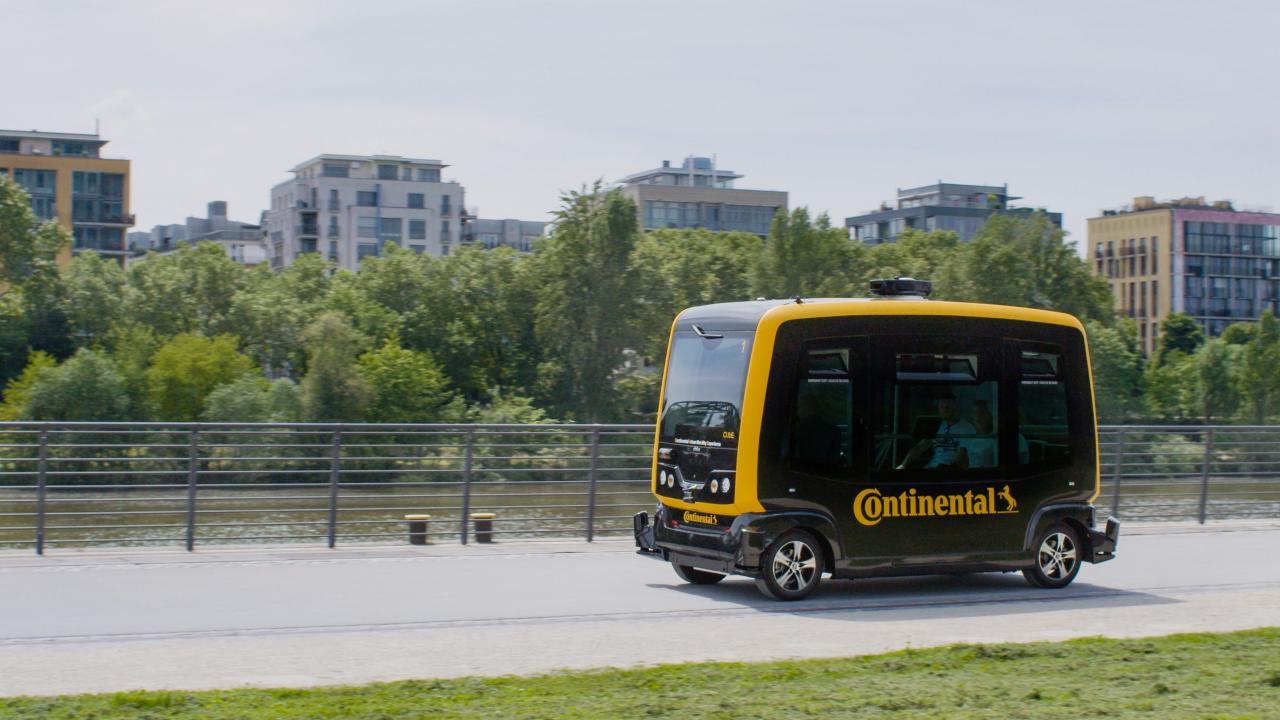 Continental sees this kind of delivery as a growing market and it isn’t the only one. Also at CES, Segway announced its Loomo Deliver with the same intention of covering that last mile from delivery van to doorstep. And, of course, there are the likes of Google, Amazon, and even UPS who still believe that flying autonomous robots are the future.