If you have ever seen the movie Transformers, you are familiar with the notion of something innocuous changing into something else. In the movies, most of the transforming is of robots into cars. You won’t ever own a car that can turn into a robot, but you can own an electric scooter that turns into a briefcase.

The electric scooter/briefcase is a product called the Commute-case electric scooter and it is made by Green Energy Motors. The transforming electric scooter isn’t exactly cheap at an MSRP of $5990. During the introduction of the product, Green Motors will sell you one for 50% off, but it is still expensive at $2995. 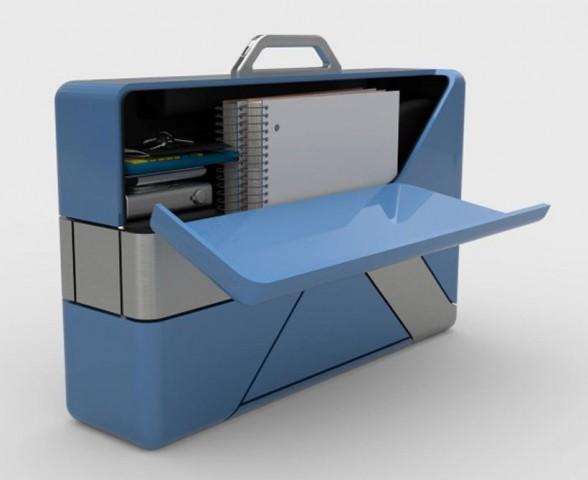 The device is looks more like a kid’s toy more than something made for adults, but adults are able to use it. Since it folds into a briefcase, you can carry it around. It won’t be that comfortable to carry around though since it weighs 27 pounds. 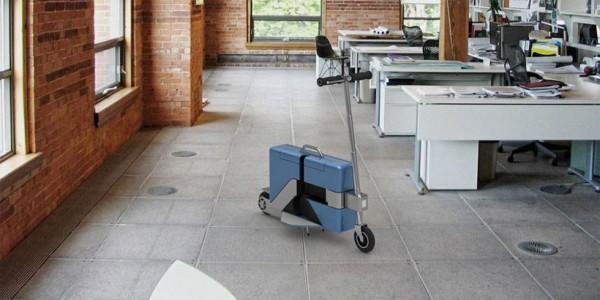 Handlebars pop out of the case, and front and rear wheels fold out of the device. The case also has side steps that fold down to give the rider a place to put their feet. Riding range for the scooter is 25 miles per charge. Curiously, the device seems to lack a seat and considering a handle in the bum won’t be comfortable, it appears you stand on the scooter to ride it.