Commodore 64 is Back in Business!

Did you have one? Or are you nostalgic for the good ‘ol days of the 1980s? Personally, I had an Apple IIe, but the Commodore was the hot gadget to have back in the day. Well Commodore 64, in all its boxy glory, has had an update and is ready for a new day. The new Commodore looks exactly the same as the old one, even down to the keyboard. But the inside has had an update.

Commodore USA, a Florida company, has re-created the old-style PC and put it on sale on Tuesday. The computers sold out in the first 24 hours, but the company won’t say how many units that was. The company had licensed the rights to the Commodore trademark last September. 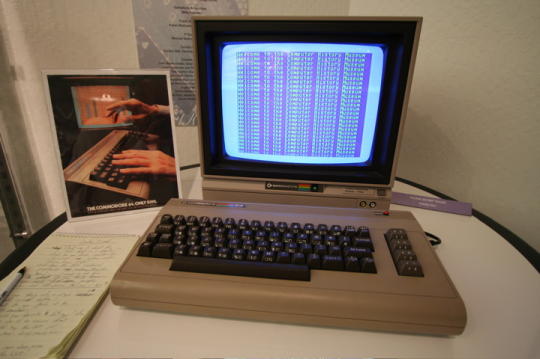 “It looks just like the original Commodore 64, with even the old-style keyboard,” said Barry Altman, Commodore USA’s chief executive. “In fact, that keyboard was the biggest accomplishment of all, so far. The keys look like a piece of clay that you pushed a marble into — so it fits your fingertip.”

The original Commodore 64 had a whopping 64KB of memory. The new one has 4GB, which isn’t huge by today’s standards. I mean, you can get more than that on a tiny little SD card. But it isn’t as if this would be anyone’s primary computer.

And more from Barry: “We expected our audience to be the nostalgia crowd, and that’s true, a lot of people buying them owned an original Commodore 64 back in the ’80s,” Altman said. “But we’re also finding that there are young kids who are geek geniuses who have iPhones and iPads and things like that and they’re looking at this thing and they’re into it. They’ve actually been a big part of our customer base so far too. It’s been a surprise.”

Here are some of the original commercials for your viewing pleasure. There was a PC/Apple rivalry back then, too:

And this one is complete with girls on waterslides, super cool music, and even hand motions:

So what do you think? Do you want one? Are you keeping up with the Commodore?