In the mobile device world, it isn’t unusual for pieces to have its components soldered tight together, like systems-on-chip, which house CPU and GPU, to motherboards. In the PC market, especially desktops, that idea is both unconventional and at times even heretical. One relatively less known motherboard maker is trying to buck the trend, though the exact marketing spiel is still unknown. Colorful, not the adjective but the name of that manufacturer, has one such motherboard that is practically half made up of an NVIDIA GeForce GTX 1070.

Let that idea sink in for a moment. It’s like someone took the GTX 1070’s board and stretched it enough to fit most of the electronics needed for a motherboard. That includes a space for the CPU. In this particular case, the GTX 1070 is on the left side of the board. Think it of it almost as a motherboard-graphics card hybrid, or a graphics card with a slot for a CPU.

No matter which angle you look at it, this Colorful motherboard is both intriguing but also confusing. It’s nature and purpose is one that will likely puzzle consumers, even the most hardcore of DIYers. The exact advantages of this construction still isn’t clear, especially considering the two main parts that make up this motherboard. 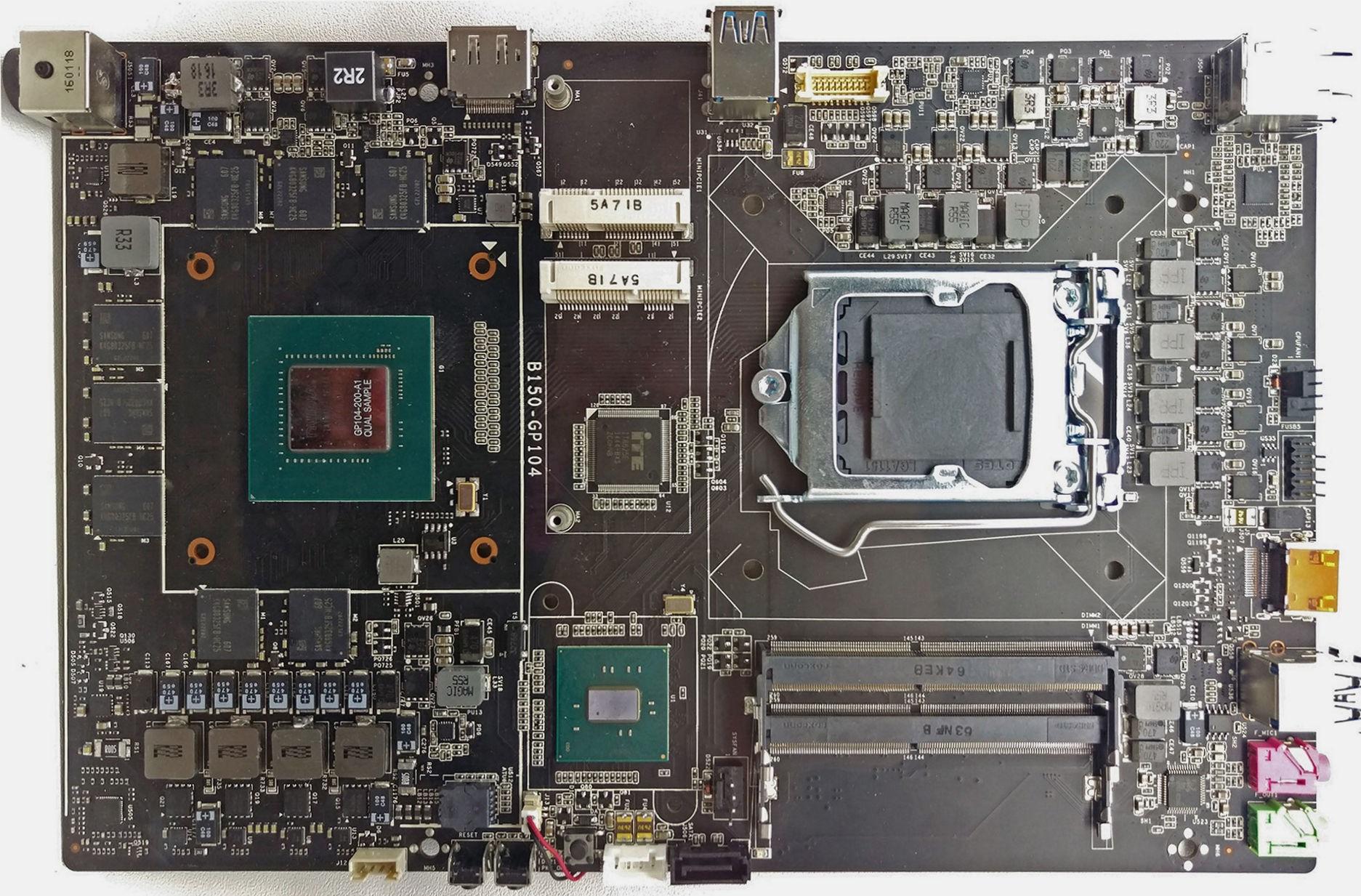 The NVIDIA GeForce GTX 1070 isn’t exactly the highest end NVIDIA product. It is the more power-conscious sibling of the GTX 1080. At the same time, it is leagues higher than low-power mobile NVIDIA GPUs found in laptops. The board does support Intel Skylake generation CPUs, though which ones will be depending on where this motherboard will end up in.

Which brings us to the biggest question of all: what will it be for? It’s unmodifiable nature has no place among desktop builders, but it might also not be an exact fit for laptops. That leaves us with custom-made “mini” PCs, like the Intel NUCs. Although that makes more sense, the power of draw of such a beefy GPU, even when paired with a mobile Intel chip, is unlikely to go below assumed mini PC levels. As mentioned, this Colorful motherboard is a colorful idea, but one that is probably still in search of a problem to answer.