Cobalt’s autonomous security robot is more serious than it looks

Robots make the best and the worst security guards. On the one hand, they’re efficient, precise, and unswayed by emotions. On the other hand, they’re also cold, impersonal, and unyielding. They are best used for security-related tasks that require more attention to detail but not so much human interaction. That’s what Cobalt Robotics is attempting with its autonomous mobile robot that can navigate around the area, recognize people, read IDs, and report any suspicious activities, potential security issues, and possible hazards. All without looking like a Terminator set to kill.

In fact, it might be too easy to dismiss the Cobalt robot by the way it looks. Looking like a giant curved cone, its simplicity and odd beauty is rather deceptive. It is equipped with sensors that would make a self-driving car jealous. That includes cameras for both day and night lighting, LIDAR, RFID and badge readers, microphones, smoke and CO2 detectors.

The robot is really meant to be more like a roving security camera than a human replacement. It can move on a pre-determined path and recognize people and objects. It can determine if a person shouldn’t be in the building or if there are doors and windows open. Water leaks, potential fire hazards, and even misplaced objects are also reported. The thing is, that’s as much as Cobalt can do. It can only flag items and situations for review, leaving it to their human counterparts to take action. 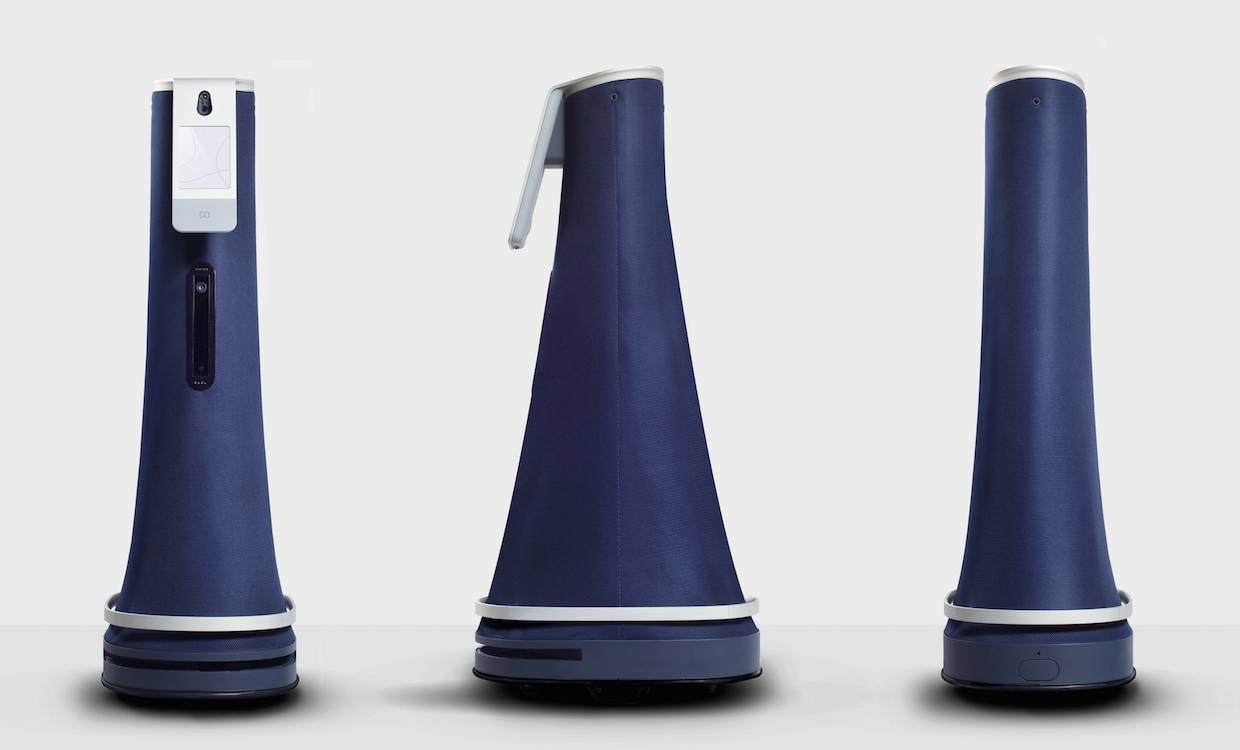 The Cobalt robot isn’t designed to even mimic human form or look like an imposing sci-fi prop. Its surface is actually made of fabric rather than plastic or metal. While it still looks rather out of place in a normal working environment, the purpose of the design is blend more with the decor rather than stand out. Of course, it could also have the effect of being underestimated by those who have less than innocent motives in mind.