Clarion aims to take on your in-car entertainment needs with their new Next Gate iPhone controller. Announced earlier today, We got a quick hands-on with the new system here at CTIA 2012 and have all the details and a few pictures below of the 7″ touch and voice-enabled iPhone companion.

Calling the Clarion Next Gate an iPhone companion is pretty accurate. The system is pretty much inactive until it’s connected to an iPhone and then it comes to life. Once connected it uses iOS apps and programs to bring you all the entertainment you’d like — all while being safe of course. Once connected the iPhone becomes useless, as a cautionary measure, and everything is handled on the Clarion Next Gate and its smart access system. 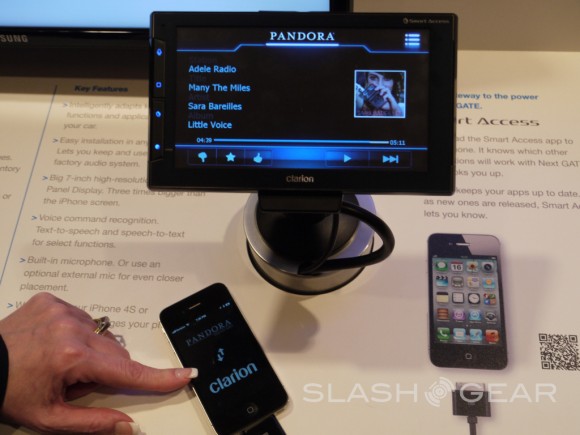 With a 7-inch Capacitive touch display users can control everything with the touchscreen, although it’s recommended to use voice actions such as Apple’s Siri. You can launch Pandora Radio, make a call, or speak with Siri all with the touch of a button, but obviously you’ll want to use voice-actions as much as possible for your safety as well as other drivers.

The display is only 480×800 in resolution so this isn’t a retina quality display, but it does convert all your favorite iOS apps to a convenient and easy to use car-friendly user interface. Obviously Clarion doesn’t want you playing Angry Birds on the go, but the Next Gate currently has around 15 or so applications such as Pandora Radio, Odyssey Navigation, Facebook4car (FB4Car) and Vlingo. Clarion expects more to be available when the product launches in early June for $269. For now this is a windshield mounted device but Clarion has multiple in-dash devices in the pipeline coming soon — including Android options. For $269 would you get the Next Gate, or just opt to use your iPhone manually? 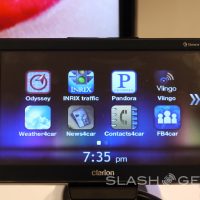 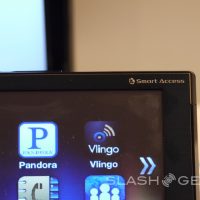 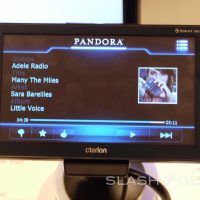 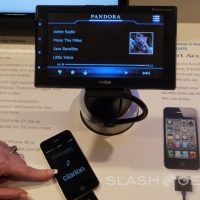 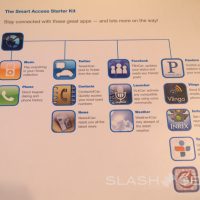 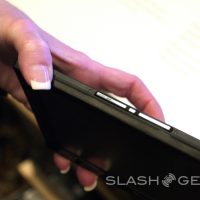 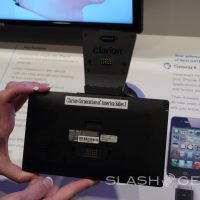 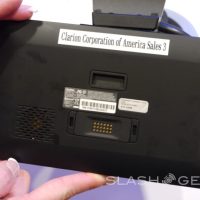