You only need to spend a few minutes with Civilization 6 to notice that things have changed since the last time you danced to this song. Civilization 6 presents a number of new features that can be confusing or overwhelming for even the Civilization veteran, let alone newcomers. Using the tips listed here, you should be able to get your civilization off to the start you need to ensure that you remain competitive as the game moves into its middle and ending stages.

1. Build up a standing army early

Some of the changes in Civilization 6 are most obvious at the very beginning of the game. What were once called workers in Civilization 5 are now builders in Civ 6, and the way they work is completely different. Now, instead of taking a number of turns to improve a tile around your city, builders will complete the improvement instantly. While that will seem overpowered to anyone who played Civ 5, the trade off is that they’re only good for three improvements before they’re used up. 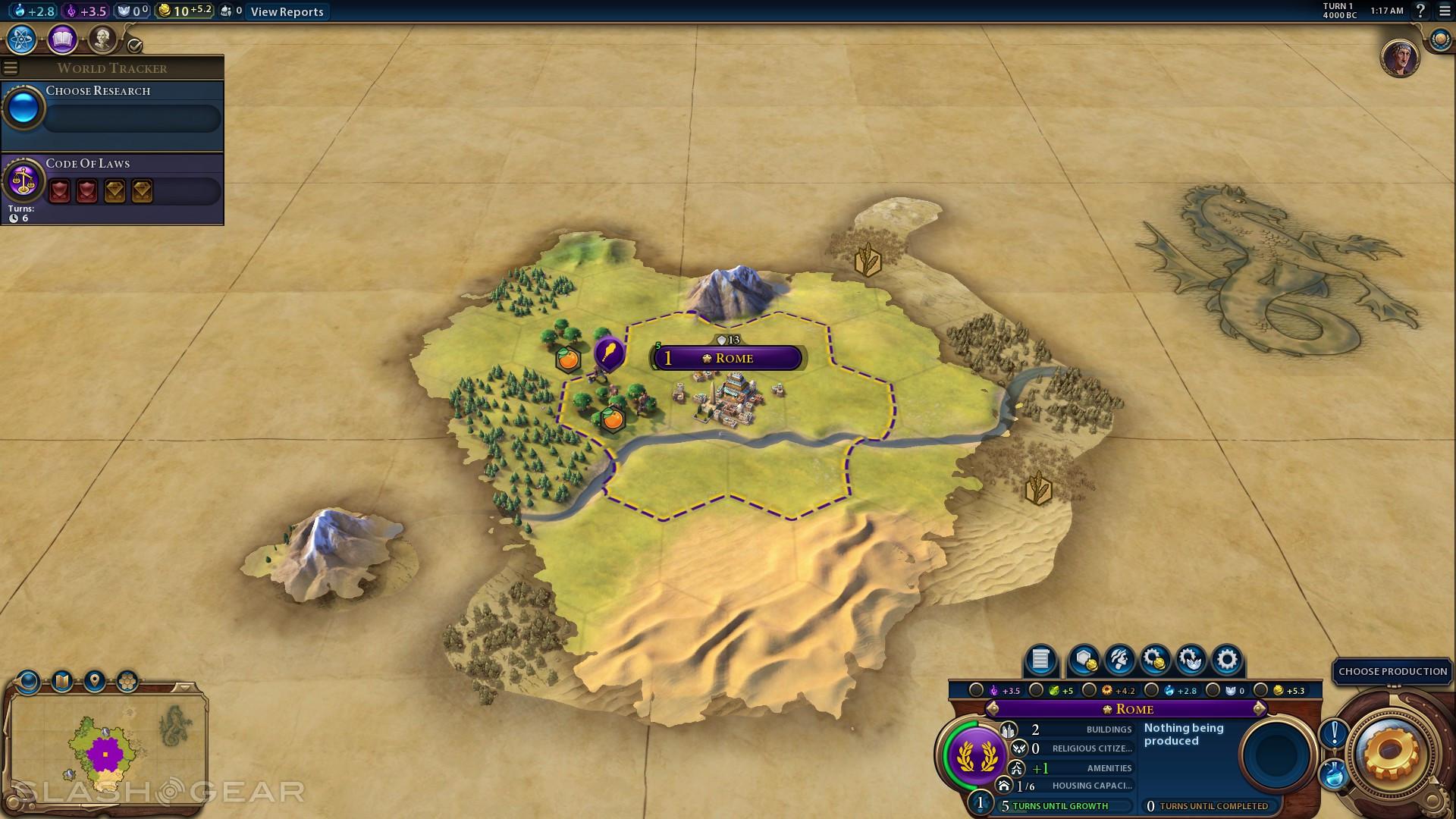 Because builders can now construct tile improvements immediately, the opening build order changes a little bit. You’ll want to put off producing your first builder a little longer this time around, and instead use the opening 10 or 15 turns to build up your military might. You’ll start the game with one warrior unit, and to complement that, I’ve been starting the game by building a scout and then a slinger.

I’ve found this works fairly well, because by the time that first slinger is done, I’ve been able to explore the area around my starting city with my scout and warrior. That exploration generally gives me enough information to know whether or not I should build another slinger or move onto building a monument next.

2. Take the fight to any barbarians you find

The barbarians in Civ 6 aren’t the pushovers you remember in Civ 5. If given the opportunity, they will ruin your day with an appalling amount of efficiency. They also don’t appear to follow the same military upgrade paths that players are forced into, meaning it isn’t uncommon to see barbarian spearmen or horsemen on turn 10. 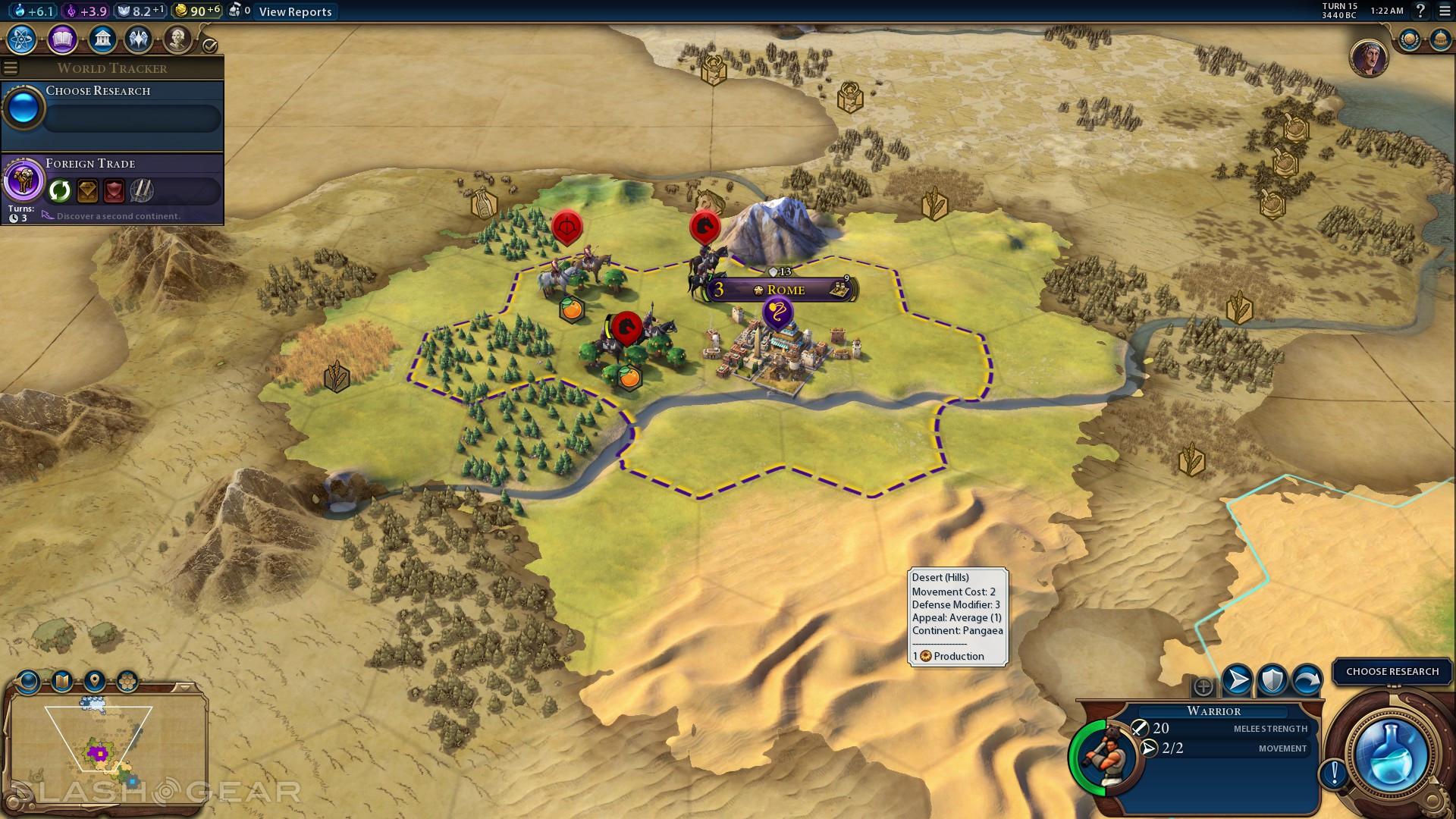 Also worth pointing out is the fact that your city can’t bombard enemies within your borders until you’ve built Ancient Walls, a technology that’s fairly far off at the beginning of the game. What’s a fledgling civilization like yours to do in the face of such brute power? Fight back! Be aggressive and kill any barbarians you find.

After researching the Code of Laws civic (the first one you’re able to research), you unlock the Discipline policy, which gives your units a +5 attack bonus when fighting barbarians. Enact that policy and take the fight to the hordes that insult your empire with their disregard for law and justice. 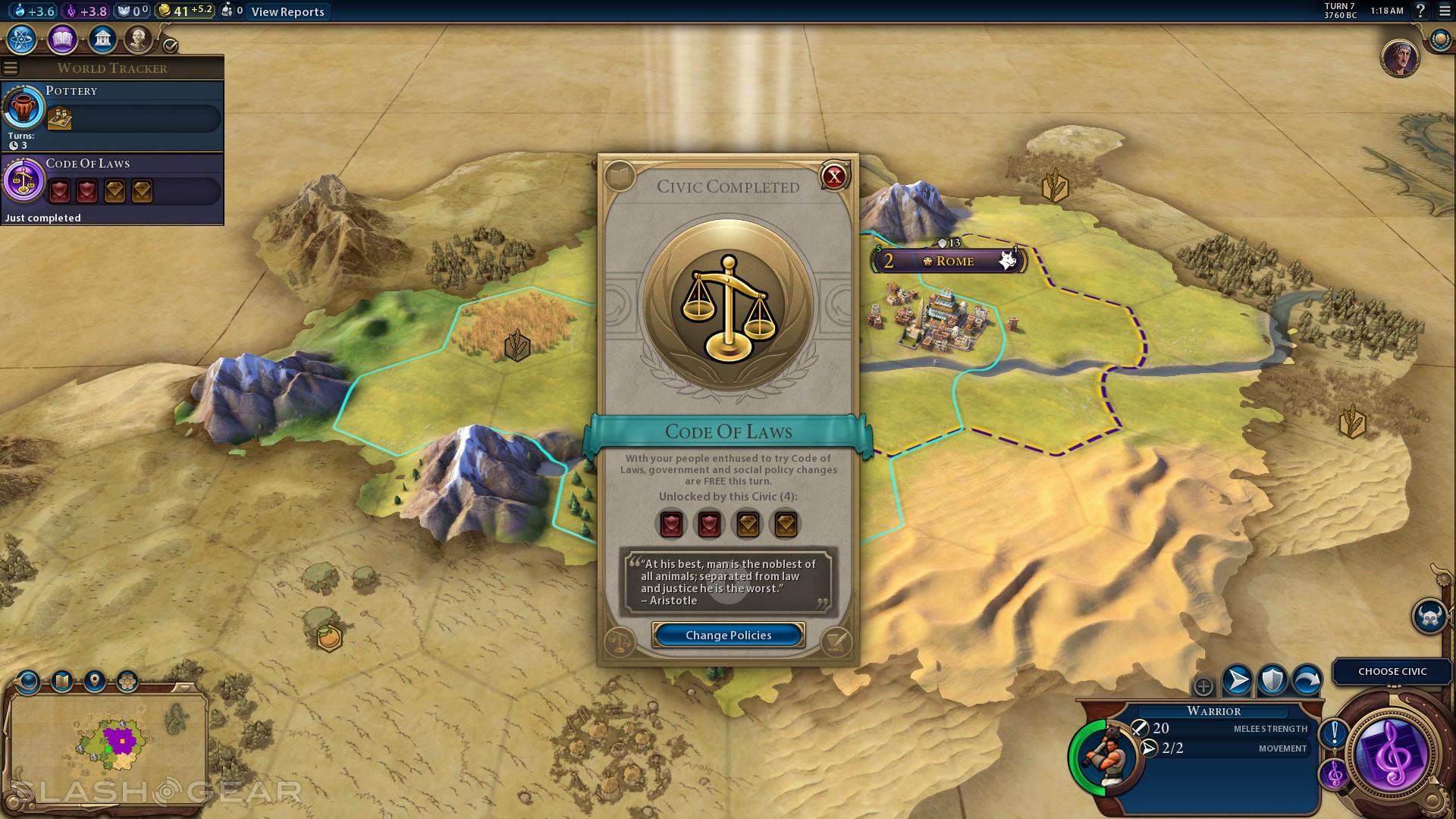 If barbarians prove to be more than just an annoyance, research Archery quickly and use those archers to attack barbarian encampments from two tiles away while your warrior units attack from adjacent tiles. On King or Prince difficulty, having a roving band of two archers and one warrior should be enough to clear out most of the barbarian encampments in the area, but be sure to keep your capital city protected while you’re out hunting.

3. Start planning your District layout on turn one

Civilization 6 introduces Districts into the game, which are sort of like super-charged tile improvements that give resource bonuses and allow for special buildings to be constructed. Each District will provide extra bonuses based on what’s around it, and you’re limited in how many Districts you can build by population. In the early game, you’ll likely only have the population to build two or three Districts in a city, so try to decide which ones you want to build and where you want to build them ahead of time. 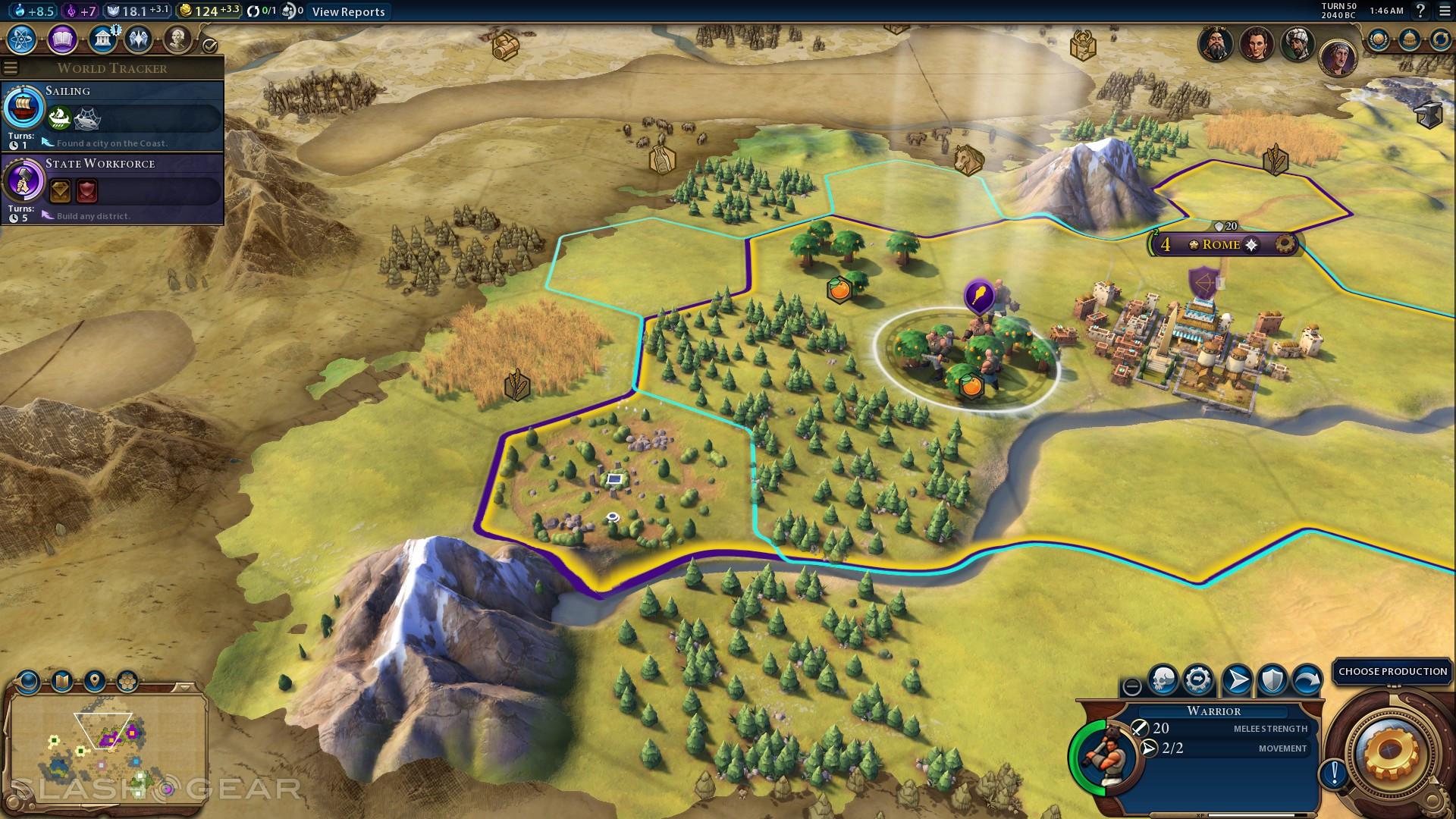 Try to figure out city specialization vs. civilization specialization too. For instance, if you know you want to pursue a science victory, build a Campus district in every city you control. Then, pick specializations like gold, production, faith, or culture for each city and build the appropriate districts.

Obviously, Districts add a new additional layer to the game and have the potential to be very complex – roughly following these guidelines has worked for me on Civ 6‘s medium difficulties, but don’t be afraid to experiment with Districts to find what works best for you.

In Civ 6, there seem to be far fewer penalties for expanding rapidly than there were in Civ 5. For instance, the research cost of new technologies doesn’t appear to increase with each new city you settle, encouraging you to get out there as scoop up as much land as quickly as you can. If you’re playing on Prince or King difficulty, try to aim for having three cities by turn 60 or 70 and four by turn 100. 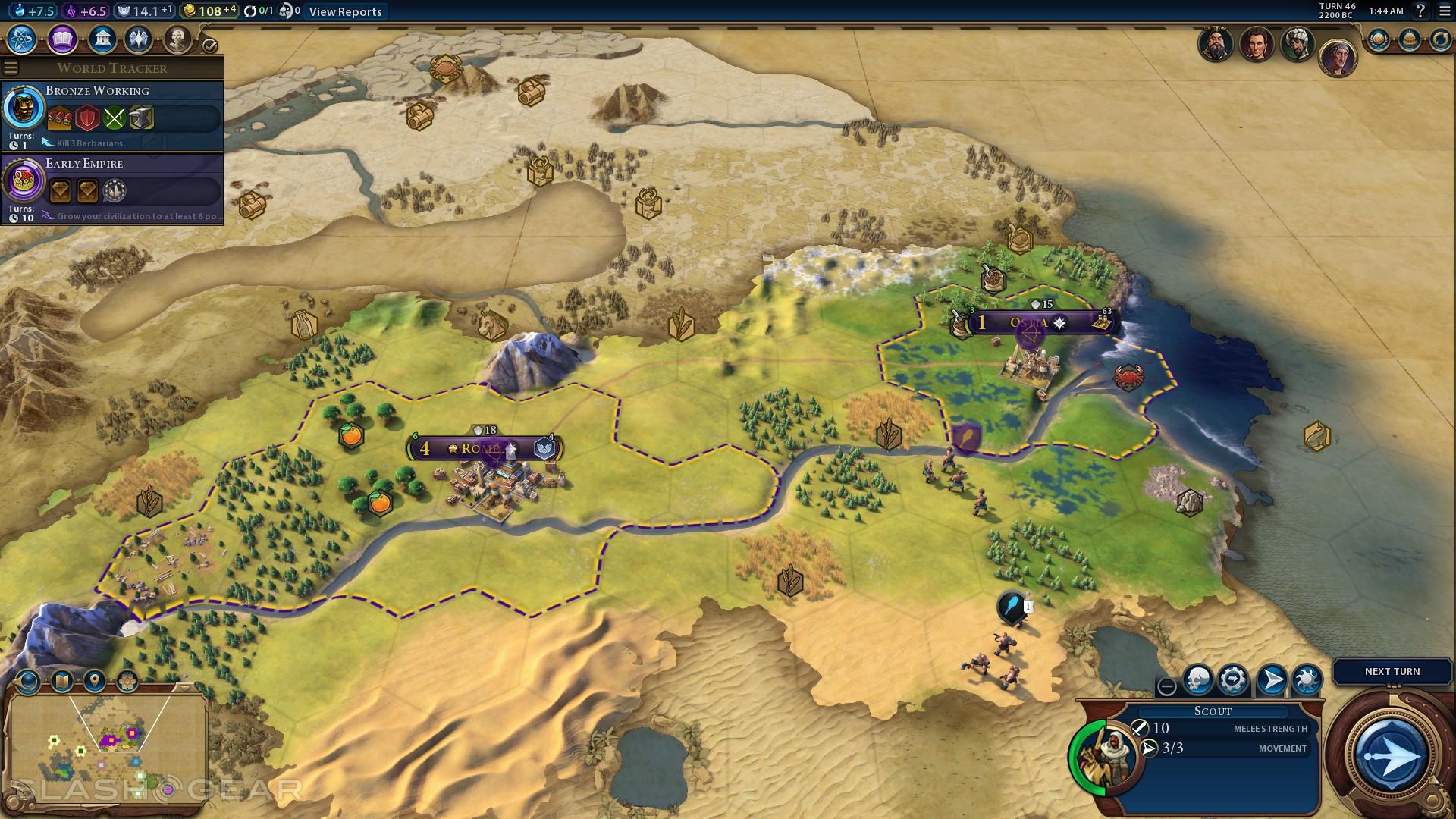 Here’s the thing: I’ve noticed that the AI on these difficulties can be very aggressive when it comes to settling new cities, which quickly eats away at your own options for expansion. Get out there and take it before they can. The Colonization economic policy that’s unlocked when you’ve researched the Early Empire civic gives you a 50% boost to the production of Settlers, so if you’ve fallen behind in your plans for expansion, equip that to quickly pump out a couple settler units for some quick expansion.

Civilization 6 also has a few different ways of declaring war on other countries. The easiest way is to declare a surprise war, but that can come with heavy warmonger penalties, which can make the other civilizations in the game dislike you.

If you don’t want to incur a warmonger penalty, you’ll have to first denounce the target of your disdain. After five turns, you’ll have the opportunity to state your Casus Belli, or reasons that justify war, and formally declare war on your enemy. Doing it this way will decrease or eliminate the warmonger penalty from going to war. 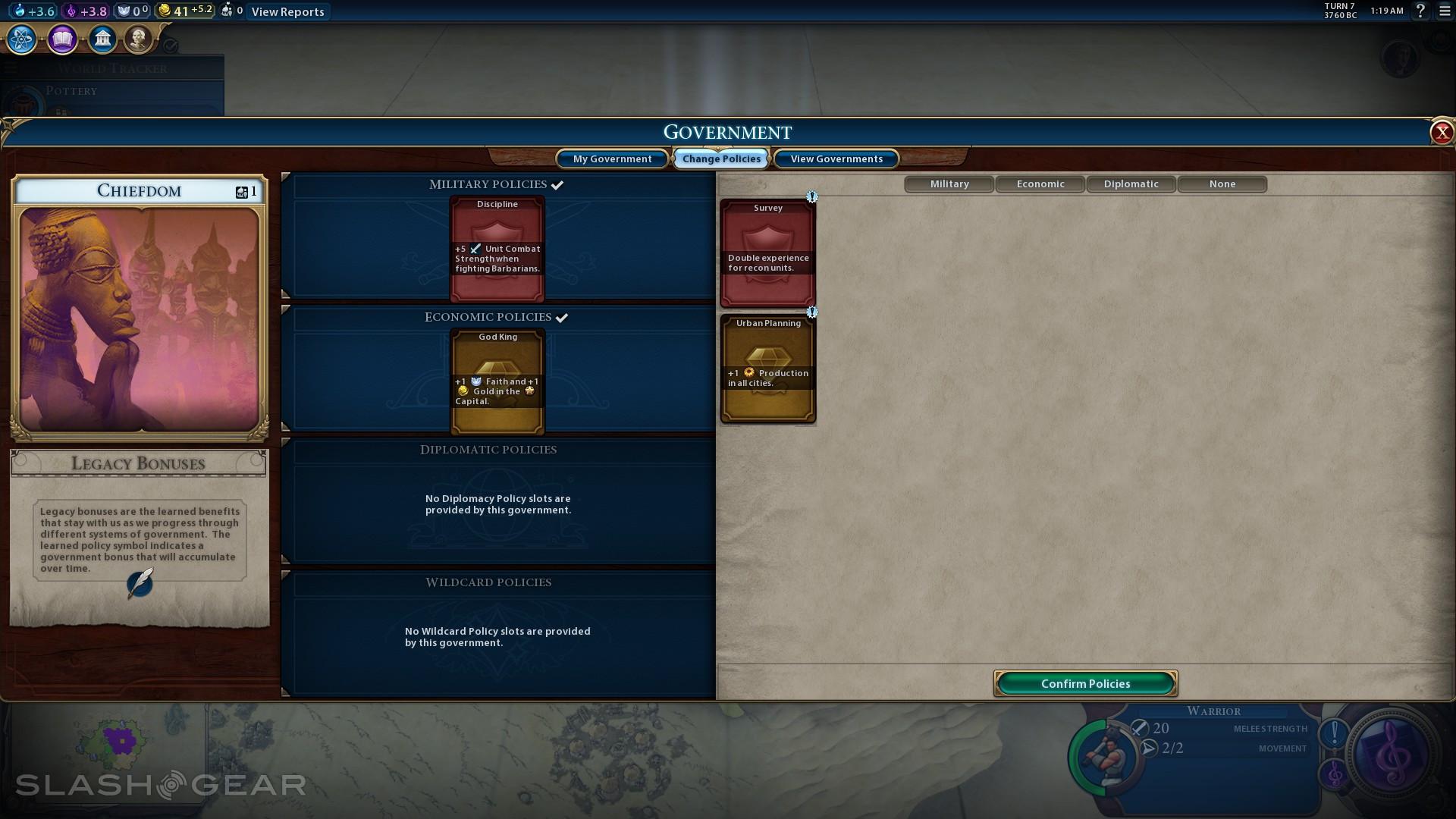 6. Send Delegations to other civilizations

Usually, the early game in any Civ match will be shrouded in mystery. It doesn’t necessarily need to be that way in Civilization 6, though. You can now send delegations to other countries from the moment you meet them, and those delegates will give you a feed on what they’re up to. 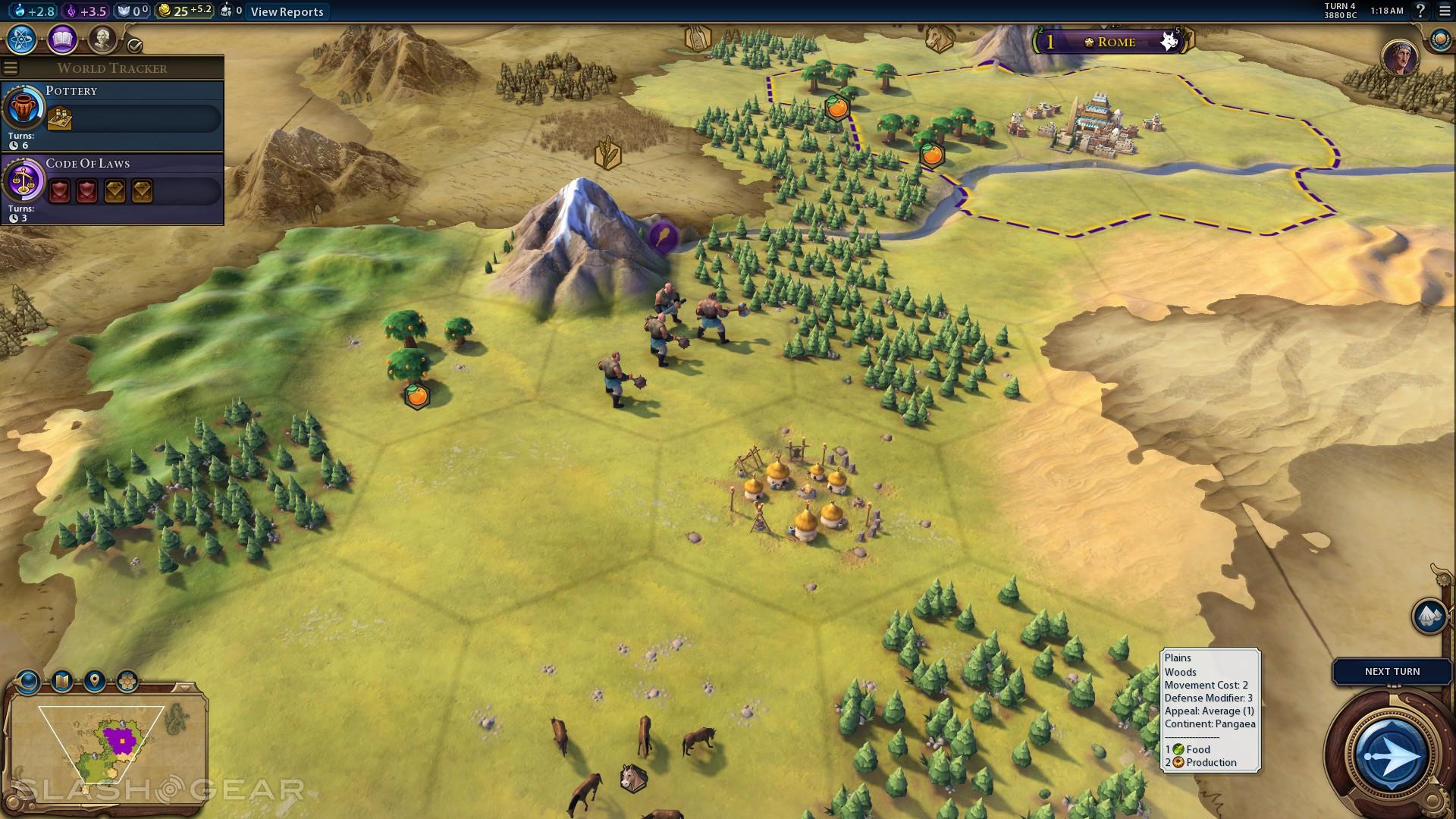 For instance, your delegates may tell you that two countries have started trading with one another, or that one country just settled a new city. The information you get isn’t always very specific, but some information is better than no information. Having a window into what your competitors are plotting can be a big help, especially in the early stages when everyone is still trying to carve out their territory.

City-states have changed rather dramatically since Civilization 5. Becoming friendly with a city-state is now a little more complex than just funneling gold their way. Now city-states will have you complete quests to earn envoys, which in turn give you bonuses to faith, gold, production, culture, or science depending on how many you have. 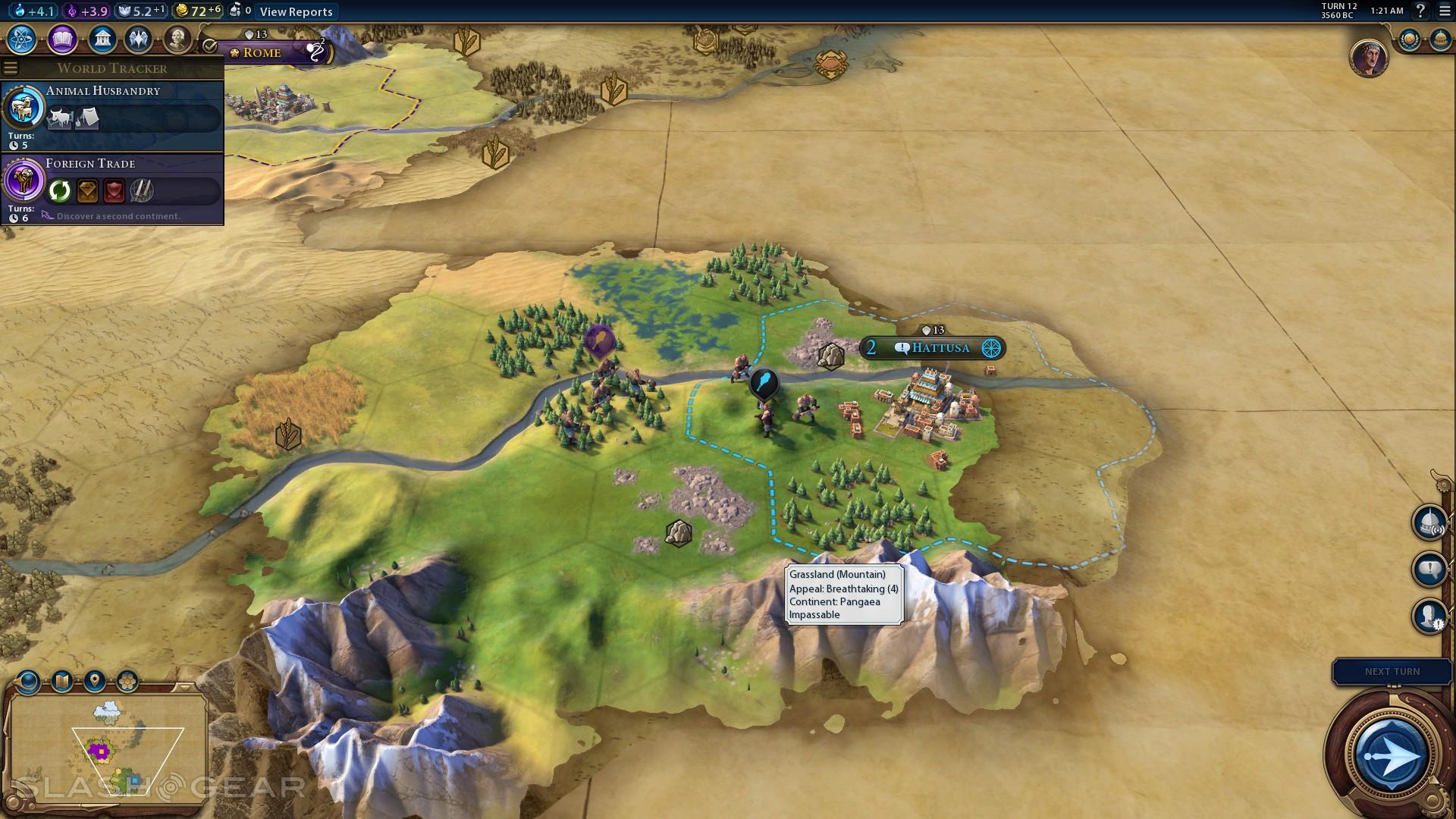 As a bonus, being the first civilization to come into contact with a city-state will automatically grant you one envoy with them, getting the bonuses rolling in immediately. As you discover more city-states, make an effort to complete their quests so long as doing so isn’t a radical departure from your progression plan. If you can manage to complete a handful of city-state quests in the opening turns, the bonuses can have a huge effect on your success in the early game.

Obviously, there are many more ways to get ahead in Civilization 6, but those following these seven tips should set themselves up for a strong mid-game. These shouldn’t be considered a set of hard and fast rules for every game of Civilization 6 you play, as some games will require a completely different strategy. With that being said, be sure to share some tips that have been working well for you down in the comments section.